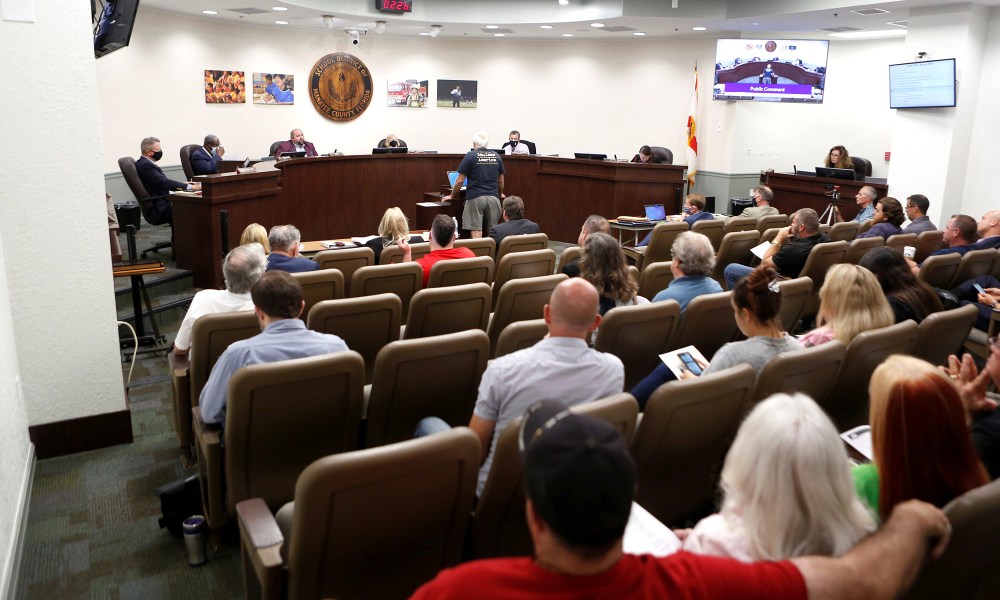 On Friday, the National School Board Association (NSBA) Board of Directors sent a memorandum to members apologizing for calling on the Biden Administration to investigate whether supposed threats against sitting school-board members constituted “domestic terrorism.”

The initial letter to the Biden Administration, which was sent on September 29, took issue with parents pushing back over masking policies and critical race theory (CRT) in classrooms. “As you all know, there has been extensive media and other attention recently around our letter to President Biden regarding threats and acts of violence against school board members,” the memorandum reads. “On behalf of NSBA, we regret and apologize for this letter. … There was no justification for some of the language included in this letter. We should have had a better process in place to allow for consultation and communication of this significance.”

The original letter was sent in response to confrontations by frustrated parents over COVID restrictions and CRT being incorporated into school curriculum; the NSBA asked the Biden Administration to investigate whether those confrontations violate the Patriot Act, claiming, “the classification of these heinous actions could be the equivalent to a form of domestic terrorism and hate crimes.”

Parents have been pushing back against the COVID policies, like masking, and additionally the teaching of CRT for over a year, and some clashes even led to teacher resignations and parents removing their children from public school. Following this letter, Attorney General Merrick Garland ordered both the FBA and U.S. Attorney’s Offices to investigate those threats. The majority of the incidents cited by the NSBA involved no threats of physical violence.

Emails obtained by the nonprofit organization Parents Defending Education showed that the NSBA discussed language to use in their September 29 letter with White House officials. The emails also showed the group did not discuss the letter with its board of directors before sending it. Other school-board groups claimed they were not consulted either before the letter was published. The Friday apology memorandum by the NSBA let members know changes in the organization would be made.

“We are going to do better going forward. We are engaged in a formal review of our processes and procedures. We will announce specific improvements soon to ensure there is improved coordination and consultation among our staff, our board, and our members across the country,” the memorandum states. “The review will include not only the proceedings leading to the letter, but also other related concerns raised by members even before the letter was sent.”