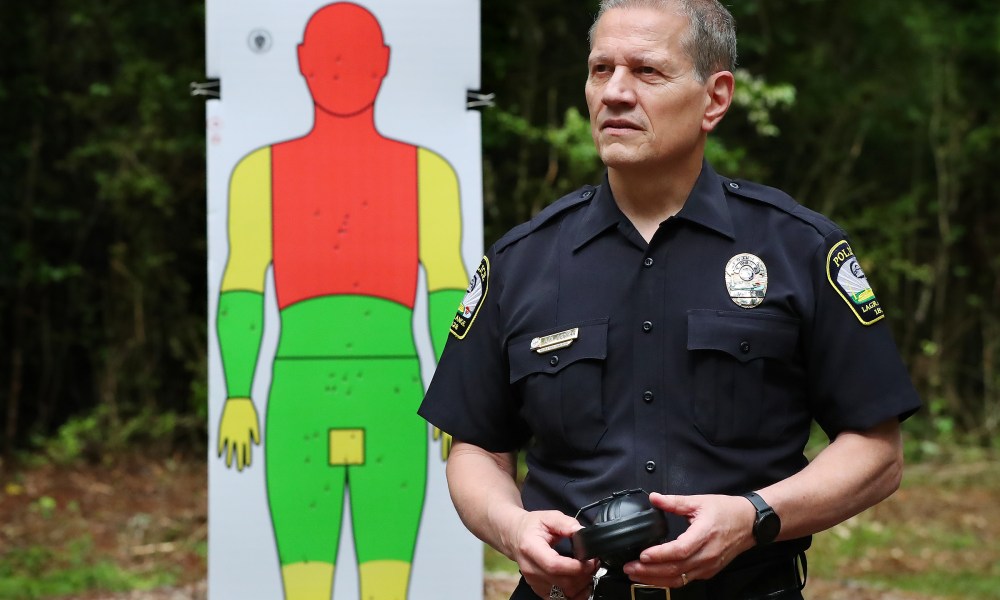 A police chief in Georgia began training his officers to “shoot to incapacitate” in an effort to decrease unnecessary deaths.

LaGrange (GA) Police Department Chief Louis Dekmar has changed the way he trained his officers earlier this year. He hopes that officers trained to “shoot to incapacitate” will reduce the number of people who are fatally shot.

The Washington Post reported on Dekmar’s new training technique. Traditionally, officers are trained to aim for a suspect’s pelvic region, which can be fatal. Dekmar’s new program trains officers to aim for the suspect’s arms, legs, abdomen when the situation contains a deadly threat without needing to kill the suspect. “Everytime we avoid taking a life, we maintain trust” (Police Mag).

The police chief was inspired by international policing tactics, which aim for nonvital areas. This program began in February of this year. Officers are trained through classroom instruction, videos of police shootings, various scenarios and firearms testing at a gun range (The Crime Report). To pass the training, they must make 80% of the 20 shots on colored areas on silhouettes.

Dekmar has been on the force for 26 years and was one of the former presidents of the International Association of Chiefs of Police. He has been an advocate for changing traditional practices for most of his career. In the ‘90s, he began to require audio recordings for every officer-citizen interaction (ASU).

In 2004, his officers began going to crisis intervention training. Body cameras were mandated in 2009 for his force and in 2017, he apologized for the role police played in the lynchings of the South in the past, which no other Southern police chief has done.

China locks down 45,000+ people after new COVID-19 cases, threatens criminal charges for those who disobey