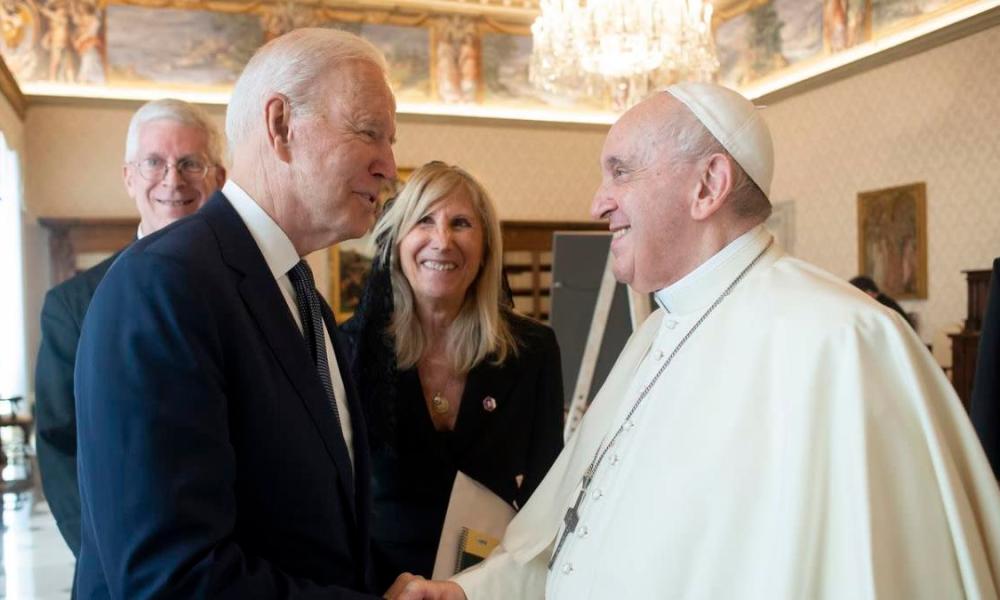 President Joe Biden met with Pope Francis on Friday in Vatican City, where he was told that he should continue receiving communion.

Fox News reports that the two met for 90 minutes as part of Biden’s trip to Italy for the G20 Summit that is taking place in Rome. “We just talked about the fact that he was happy I’m a good Catholic,” Biden told reporters. “And I should keep receiving communion.” After his one on one meeting with the Pope, the President had a collective meeting that included cardinals and White House aides in addition to the Pope. Biden told reporters that fighting climate change was discussed as part of the President’s Build Back Better plan. The Pope also blessed Biden’s rosary.

President Biden told reporters that he gifted a “challenge coin” to Pope Francis. Biden told the Pope, “I’m not sure this is appropriate, but there is a tradition in America that the president gives to warriors and leaders. You are the most significant warrior for peace I’ve ever met, and I’d like to be able to give you a coin.”