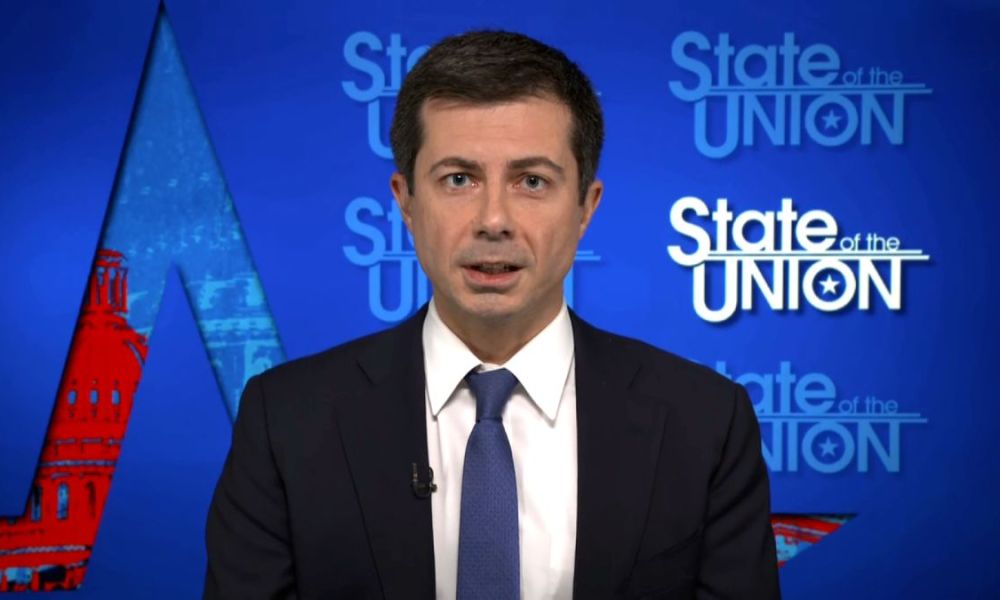 Transportation Secretary Pete Buttigieg said on Sunday that a federal no-fly list for violent airplane passengers “should be on the table” after an American Airlines flight attendant was hospitalized with several broken bones in her face following an attack from a passenger last week.

Buttigieg appeared on State of the Union and spoke with Dana Bash. “Should there be a federal No Fly List for people who behave like this on flights?” asked Ms. Bash, noting a sharp increase in such incidents over the past two years. “I think that should be on the table,” Mr. Buttigieg responded.

He added: “There is absolutely no excuse for this kind of treatment of flight crews in the air or any of the essential workers…from bus drivers to air crews who get people to where they need to be.”

The FAA announced earlier this year a new “zero tolerance” policy after seeing a spike in passengers disrupting flights with threatening or violent behavior, and so far has proposed more than $1 million in fines, CNN has previously reported. Enforcing mask mandates and dealing with drunk passengers are ranked among the top causes for such confrontations.

Last month, President Joe Biden hit out at people who harass flight attendants because they don’t want to wear a face mask and announced the doubling of fines for those who don’t comply with the US federal transportation mask mandate.

“If you break the rules, be prepared to pay,” Biden said, speaking from the White House. “And by the way, show some respect. The anger you see on television toward flight attendants and others doing their job is wrong. It’s ugly.”

There is currently an FBI-managed federal no-fly list, which is designed to prevent known and suspected terrorists from getting airline tickets and boarding flights.

Just a third of Republicans trust the fairness of US elections, latest NPR poll finds