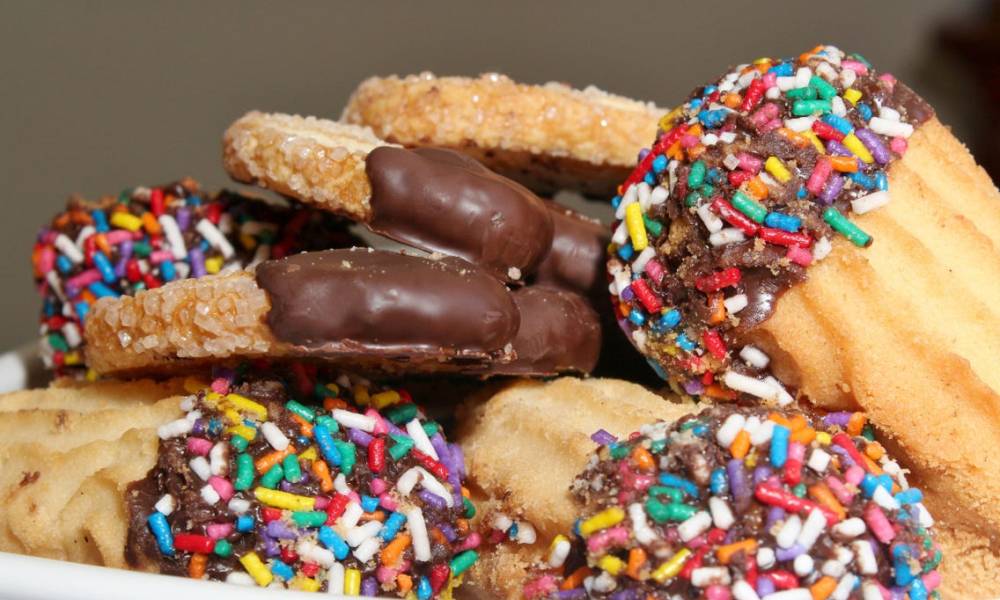 In a situation dubbed “Sprinklegate,” UK-based bakery Get Baked is sharing its story of no longer being able to use sprinkles it imported from the US.

Rich Myers, the owner of The Get Baked bakery, has been sharing updates on the situation, saying he has been told to stop using the sprinkles immediately and is now on “sprinkle strike.” In a Facebook post, Myers wrote from the bakery’s account that the Trading Standards, a British agency that responds to customer complaints and concerns related to business practices, visited to test Get Baked’s sprinkles.

Myers said he doesn’t know who reported the bakery, but that Trading Standards said they “must cease use of our sprinkles with immediate effect.” The “illegal sprinkles” in question are banned in the UK for containing E127, a type of food coloring that’s “only approved for use in the U.K. and the E.U. in cocktail and candied cherries,” according to a statement the agency gave the BBC.

Writing from the bakery’s Facebook page, Myers said he is “extremely passionate” about sprinkles, and has called the situation a “truly horrendous ordeal.” Myers said this change has impacted his best-selling desserts, such as the Birthday Bruce and Raspberry Glazed Donut Cookies.

“It is HIGHLY unlikely that we will find any legal sprinkles that we will use as a replacement. British sprinkles just aren’t the same, they’re shit and I hate them,” Myers wrote on Facebook from the bakery’s account. He said the bakery will go on “sprinkle strike” and “won’t use any” sprinkles if it can’t use the ones from the US. He wrote that the sprinkles you can find in the UK “are totally shit” and don’t look right or bake properly.