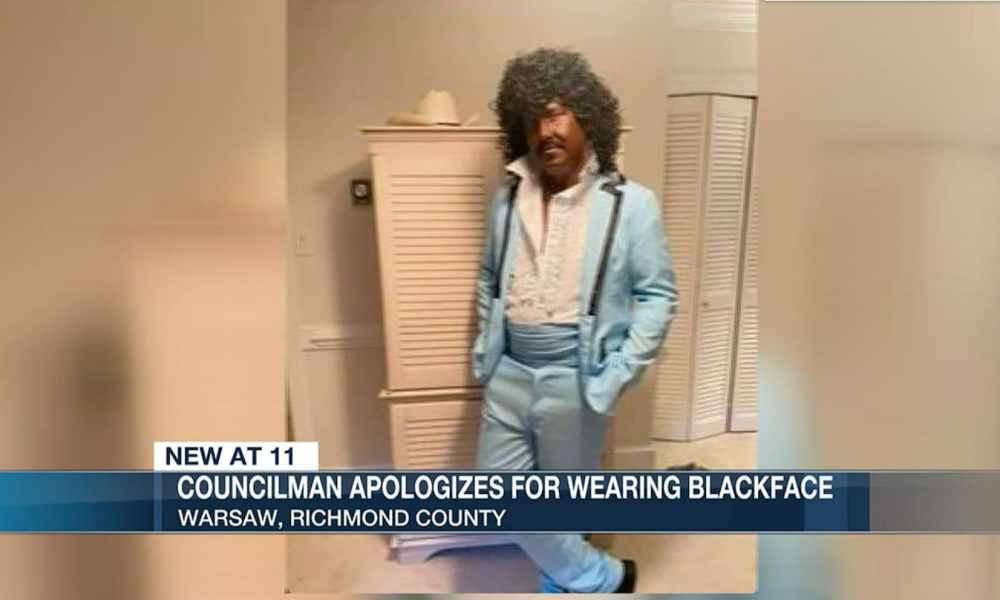 A Virginia city councilor faced backlash for wearing blackface in a Halloween costume and has apologized.

Faron Hamblin of Warsaw, Virginia dressed up as Randy Watson, a fictional musician played by Eddie Murphy in the 1988 romantic comedy film “Coming to America,” before Halloween. To make the costume more “realistic”, he painted his skin to look like that of Eddie Murphy. He received a lot of negative feedback after posting a photo of himself on Facebook, leading him to apologize for his actions.

Hamblin’s Facebook caption read: “In honor of my late friend, I went out as the legendary Randy Watson tonight. Give it up for my band Sexual Chocolate,” which is a reference to the movie. He removed the post after he was repeatedly told how offensive it was. He then posted an apology, saying, “I made a post that hurt a lot of folks and that was not my intention.” He later deleted that post, as well.

In another deleted post, Hamblin defended his costume. “Many saw it degrading, which I did not,” he wrote, according to a screenshot taken by WWBT. “But since I’m white it’s considered by some as offensive to dress as a black person. It’s off limits if your [sic] a white person. I think that’s ridiculous!” WWBT did not specify whether this came before or after the deleted apology post.

A spokesperson for the town sent an apology letter to Insider from Hamblin to the Richmond County NAACP. The letter included an apology and an explanation for why he deleted the post. “It was in my personal best interest and the community’s best interest to remove the post in order for all parties involved to move forward and to learn from this incident,” he said.

Towards the end of the letter, he said, “In both my personal and professional life, I have always been a friend and ally to the black community and will use this as a learning opportunity to move forward a better and more knowledgeable person.”