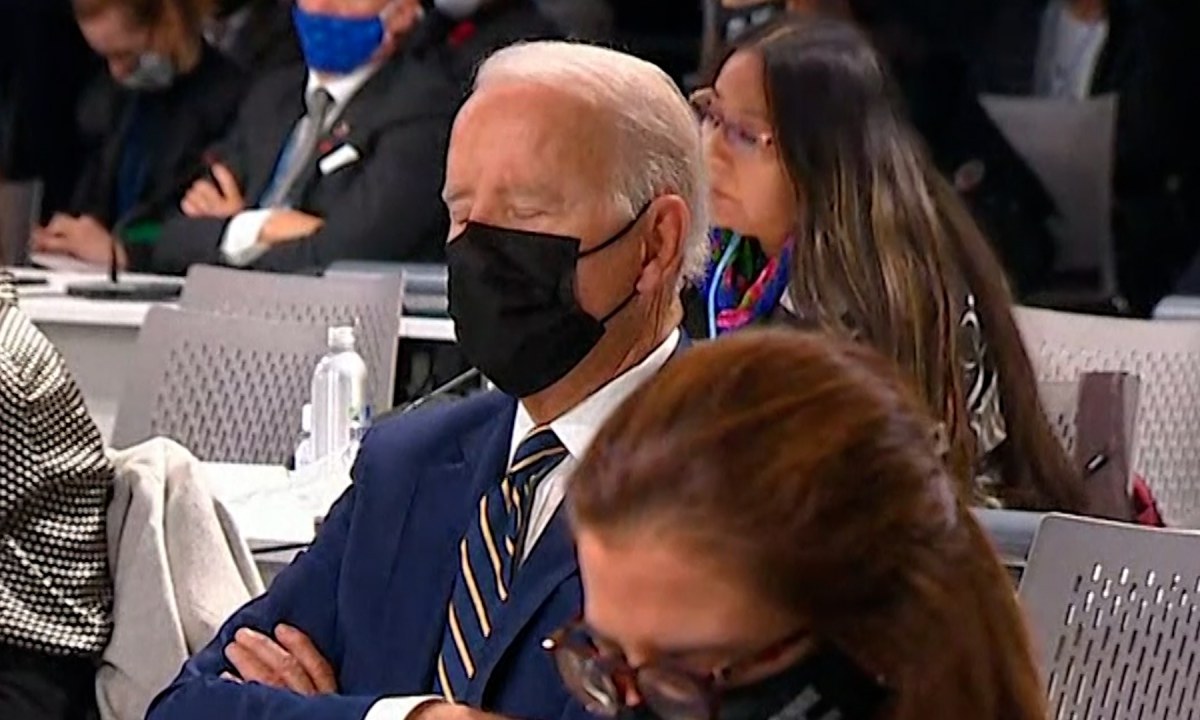 Trump implied that Biden resting his eyes shows that he doesn’t truly believe global warming is a dire threat. “Even Biden couldn’t stand hearing so much about the Global Warming Hoax, the 7th biggest Hoax in America, followed closely behind by the 2020 Presidential Election Scam, Russia, Russia, Russia, Ukraine, Ukraine, Ukraine, Impeachment Hoax #1, Impeachment Hoax #2 and, of course, the ‘No Collusion’ finding of the Mueller Report,” Trump said in an email.

He continued: “Biden went to Europe saying Global Warming is his highest priority, and then promptly fell asleep, for all the world to see, at the Conference itself. Nobody that has true enthusiasm and belief in a subject will ever fall asleep!”

At the COP26 summit, Biden stressed that the globe is in growing catastrophe and added that the world has the capacity to build an equitable clean energy future. He emphasized that the globe is standing at an inflexion point of world history. “We have the ability to invest in ourselves and build an equitable clean energy future,” Biden stated stressing that this would create missions of jobs and opportunities.

Biden went on to say that the actions taken this decade to contain climate change would be decisive in preventing future generations from suffering, declaring that “none of us can escape the worst that is yet to come if we fail to seize this moment”. Biden said that the US is not only back at the table, but, hopefully, leading by the power of example. He treated the already visible crisis for the planet as “an incredible opportunity” to reinvent the global economy.