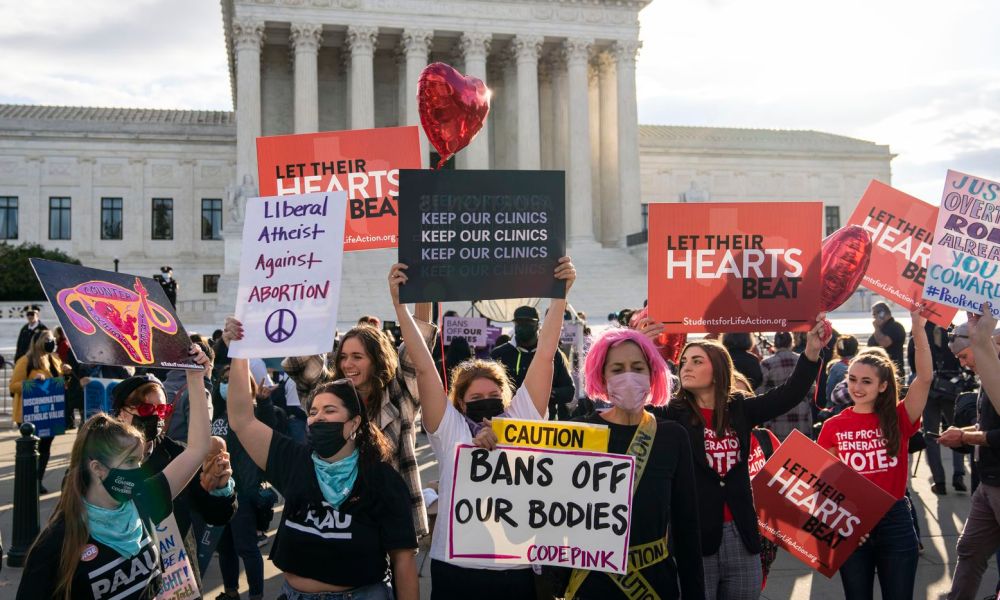 On Monday, the Supreme Court heard the oral arguments surrounding Texas’s recent abortion law that has sparked controversy across the nation.

Fox News reports that the Texas abortion law, also known as S.B. 8, bans abortions after six weeks of pregnancy, usually when a fetal heartbeat is able to be detected. The arguments being heard in the two cases are whether abortion providers or the Justice Department can challenge the law in federal court. The main issue with the Texas law that is being argued surrounds who can be sued.

Neither case will focus on the right to an abortion. In the initial lawsuits, abotion clinics had sued judicial officials who might oversee any litigation, since state executive officers wouldn’t be authorized to enforce S.B. 8. This issue will be key for state and federal courts hearing the case going forward. The state has argued that judicial officers are not responsible for enforcing restrictions and cannot be sued.

Attorney Marc Hearron is representing a group of abortion providers in the first case. He argues that providers have the right to sue state judges and clerks, and that the Texas law puts law enforcement in private hands instead of the state officials. Others argue that it is not appropriate to sue judicial officials. “The attorney general simply doesn’t have any control of the procession of S.B. 8 lawsuits in any way,” Texas Solicitor General Judd Stone said.

In the second case, U.S. Solicitor General Elizabeth Prelogar argues that the law is “an attack on the authority of this court to say what the law is.” There is a key precedent that must be considered. Ex parte Young, where the Supreme Court allowed lawsuits in federal courts for injunctions to block unconstitutional state action, also allowing lawsuits against state officials. However, Stone argues that states must get a say before a federal court can intervene. Throughout the hearing of both arguments, protestors were gathered outside of the Supreme Court.

[…] regard to that last, the U.S. Supreme Court voted 6-3 not to enjoin the Act. They heard arguments, then remanded the case to Texas state courts, not federal court. So Beto O’Rourke now […]