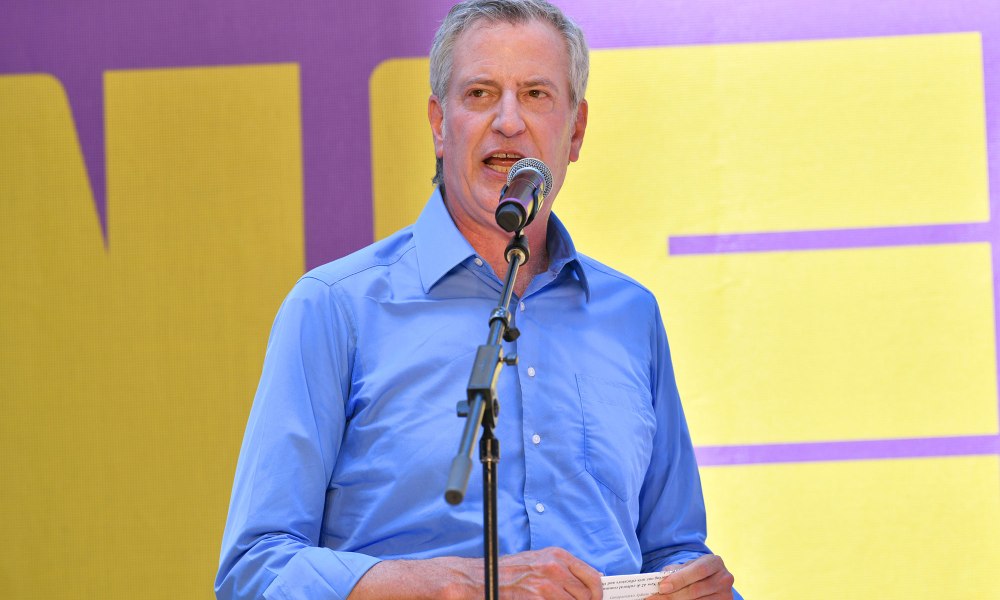 On Monday, three inside sources told the New York Post that Mayor Bill de Blasio plans to run for governor of New York in 2022. For now, the sources said there was no information on when de Blasio might announce his plans as he finishes out the last two months of his mayoral term before being replaced by the newly elected Eric Adams.

Rumors of de Blasio’s gubernatorial run first hit the news last week after it was reported that he had finalized forms to create a candidate committee with the state’s Board of Elections. While being interviewed by NY1’s Errol Louis on Monday, he did not give a clear answer when asked about the committee, which does not enumerate his political plans. The committee is called “New Yorkers for a Fair Future,” which de Blasio describes as “a vehicle that I’ll be using to get the message out about things we need to do differently in New York City and New York State.”

Following the authorization of the committee, de Blasio would be allowed to begin fundraising for a statewide campaign, including a gubernatorial campaign. J.C. Polanco, a political strategist, indicates, thought that de Blasio’s run for governor would be far from easy.

“I don’t know whether or not his many trips to Cuba and his love for far left policies will bode well in a statewide primary,” said Polanco. Gov. Kathy Hochul and Attorney General Letitia James are currently the only Democrats seeking the party nomination. “New York City as a whole represents about 55% of the votes statewide, and so it’s important that everyone get to know me, know my record,” commented James, who could be the first black female governor of the state if elected.

“To win a statewide race, you’re going to have to connect to the centrist sensibilities of New York Democrats and New York voters at large,” said Polanco. James, de Blasio, and Jumaane Williams, a public advocate considering a run for governor, could potentially split the vote among those who desire a progressive candidate.

According to a poll conducted by Sienna College, Mayor de Blasio would fall at the bottom of a Democratic primary. Additionally, the poll found de Blasio to be less popular in New York than former Gov. Andrew Cuomo and former President Donald Trump.