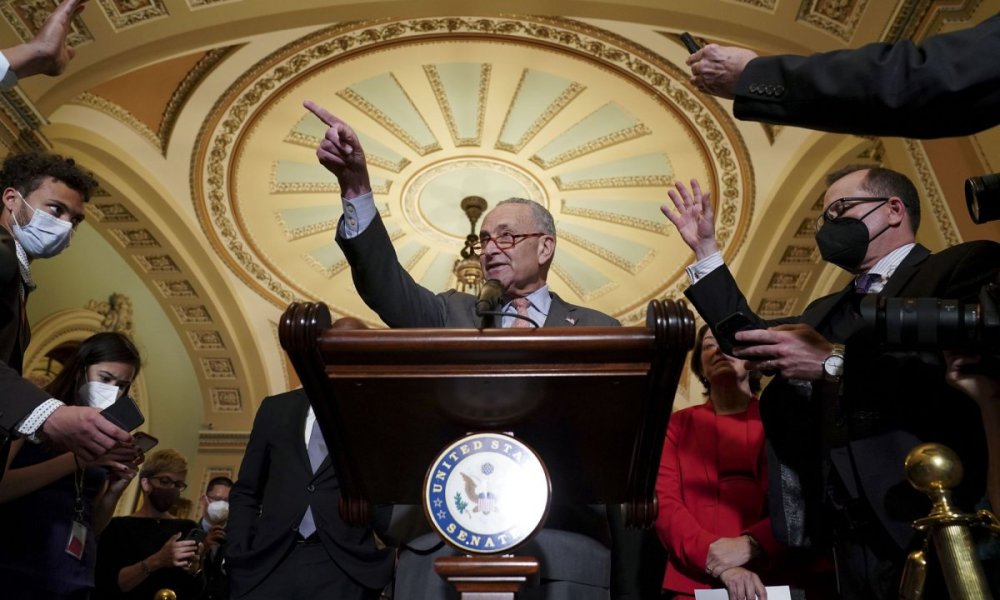 Under the new agreement, Medicare would be able to negotiate drug prices in certain circumstances, prevent drug companies from raising their prices faster than the rate of inflation, and cap out-of-pocket costs for seniors on Medicare at $2,000 per year. While the deal does not go as far as earlier proposals by Democrats, it still denotes progress on a key party issue that Democrats have campaigned on for years.

Earlier iterations of the agreement raised concerns from several moderates who cited that it would have stifled drug companies’ innovative attempts to develop new treatments. Sen. Kyrsten Sinema (D-A.Z.) and Reps. Scott Peters (D-C.A.) and Kurt Schrader (D-O.R.) represented those moderates and helped negotiate with leadership to provide a compromise.

Schumer commented to reporters on Tuesday, “It’s not everything we all wanted. Many of us would have wanted to go much further, but it’s a big step in helping the American people deal with the price of drugs.”

Sinema did indicate that she supported the agreement in a statement put out by her office: “The Senator welcomes a new agreement on a historic, transformative Medicare drug negotiation plan that will reduce the out-of-pocket costs for seniors – ensuring drug prices cannot rise faster than inflation – save taxpayer dollars, and protect innovation to ensure Arizonians and Americans continue to have access to life-saving medications, and new cures and therapeutics.”

The pharmaceutical industry has been highly critical of the deal, citing heavily the idea that it would harm innovation if it is incorporated in the spending bill.

Stephen Ubl, CEO of the Pharmaceutical Research and Manufacturers of America, commented, “If passed, it will upend the same innovative ecosystem that brought us lifesaving vaccines and therapies to combat COVID-19.” He continued, “Under the guise of ‘negotiation,’ it gives the government the power to dictate how much a medicine is worth and leaves many patients facing a future with less access to medicines and fewer new treatments.”