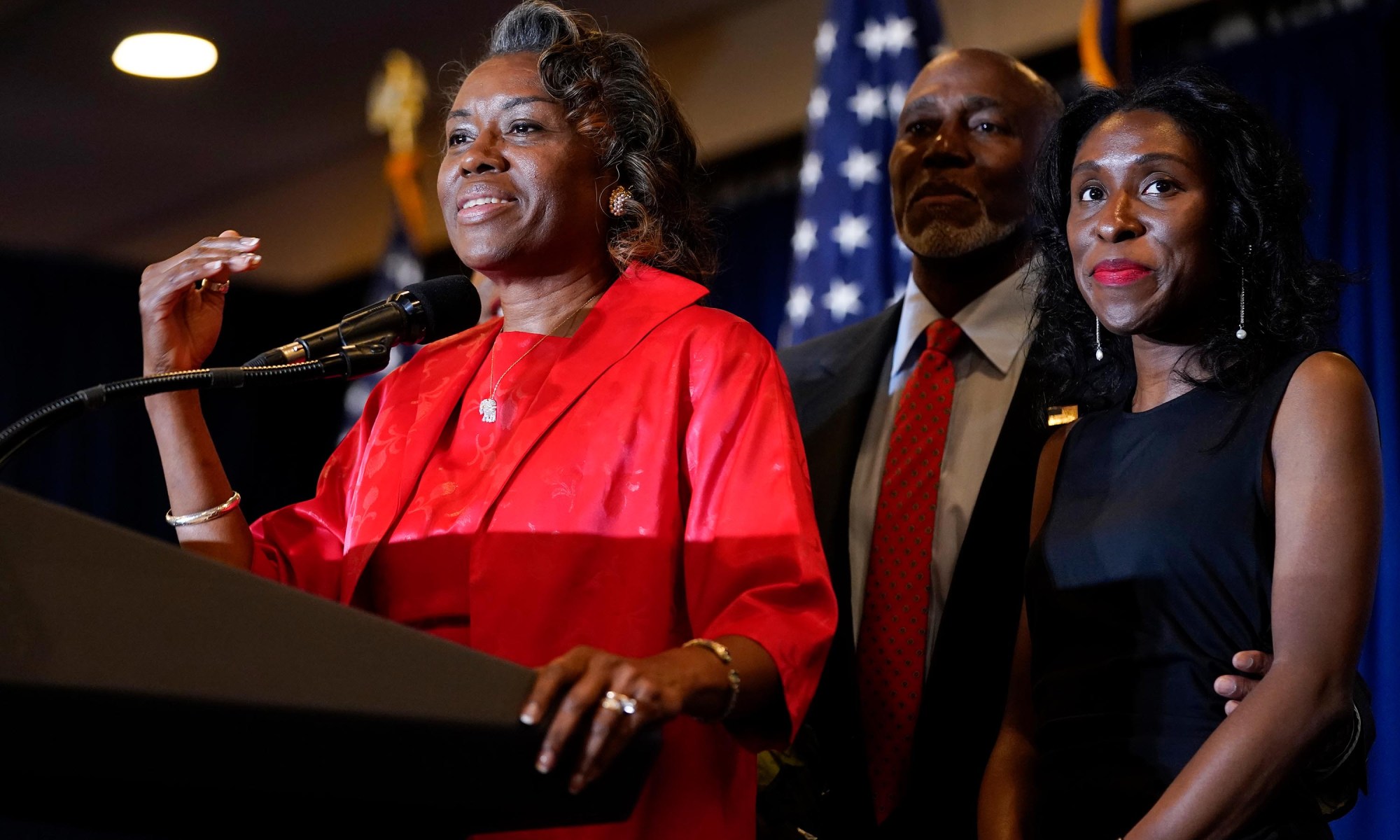 Winsome Sears ran for Lieutenant Governor of Virginia and won, making her the first woman and first black woman to hold the role in the state.

Virginia had its election for governor, lieutenant governor, and attorney general on Tuesday. The Republicans swept all three positions, with former governor Terry McAuliffe losing to Glenn Youngkin. The Lieutenant Governor race was historic with the first female and first female of color winning the role. Jason Miyares, also a person of color, won the attorney general race.

Sears spoke to her supporters on election night, saying, “I am at a loss for words for the first time in my life…What you are looking at is the American dream. The American dream.” The state is usually an easy win for Democrats, making this election a turn of events that many were not expecting. Sears ran against Democrat Hala Ayala, also a woman of color. The race was historic as either woman winning would have meant she would be the first woman and woman of color to hold the role. The race came down to 50.9% of the vote going to Sears and 49.1% to Ayala.

“It’s a historic night, yes it is. But I didn’t run to make history, I just wanted to leave it better than I found it. And with your help, we’re going to do that,” she said that night.

She campaigned with Youngkin, whose race was closely watched. During the campaign, Sears pushed for an increase in pay for teachers and law enforcement, as well as cutting taxes and expanding veteran care centers. She was also hoping to create a Black Virginians Advisory Cabinet for the governor and for a “once-in-a-generation investment” in Historically Black Colleges and Universities. She is an avid gun enthusiast, with some of her campaign ads depicting her holding guns, which was controversial.

The position not only encompasses being the second-in-command to the governor, but also presiding over the state senate. The previous lieutenant governor, Justin Fairfax, a Democrat, was the tie breaker on 52 occasions during his term. Currently the state senate is split 21-19, with Democrats taking the lead. The next election for the senate won’t be until 2023. Five of the last ten lieutenant governors became governor afterward, so there is already speculation on whether she will run for governor.

Sears is an immigrant from Kingston, Jamaica. After moving to the U.S. at six years of age, she lived and grew up in the Bronx, New York. She later joined the Marines. This was not her first political endeavor.

In 2001, she joined the state’s House of Delegates, representing the 90th district, becoming the first Black female Republican, first naturalized citizen delegate, and first female veteran to serve in the House. She ran for a seat in the U.S. House of Representatives in 2004 and Senate in 2018, where she lost both times. More recently, she served as the chair of Black Americans Making America First and the national chairperson for Black Americans to Re-Elect President Trump.