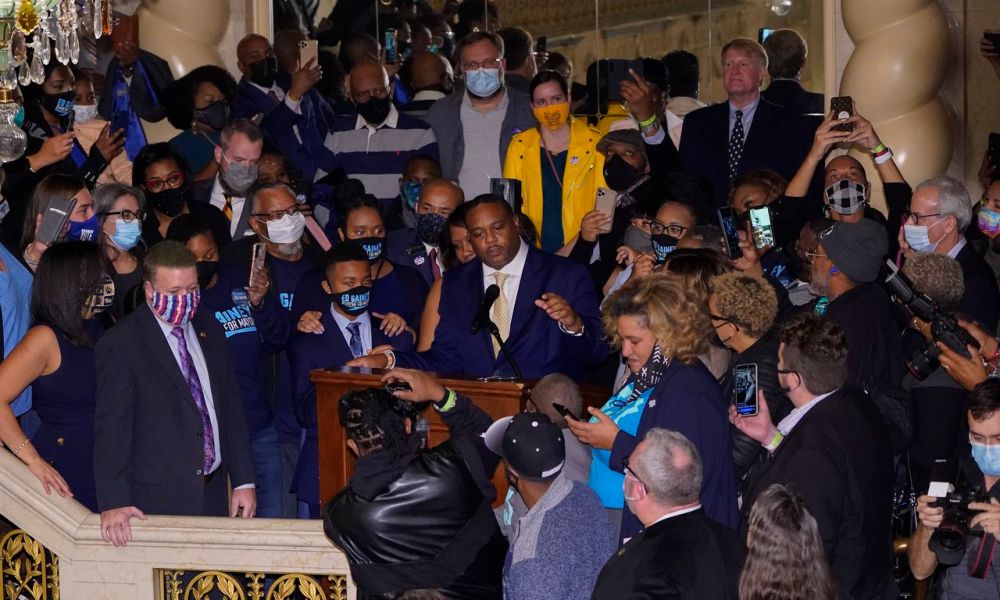 Pittsburgh, Pennsylvania voted to elect a new mayor this week; the winner, Democrat Ed Gainey, will make history as the first Black mayor of the city.

Along with other cities and states, Pittsburgh had an election this week. The election decided who the next mayor would be and if one of the city councilors would continue to hold his seat. Gainey won in a landslide victory against his opponent, with 71% of the vote going to him.

Gainey, 51, is a five-term state legislator who was born and raised in Pittsburgh. After the death of George Floyd in 2020, Gainey decided he would run for mayor in the next election. His campaign began in January of this year, with primaries being held in May. Gainey won against incumbent Mayor Bill Peduto.

After the election was called on Tuesday night, Peduto tweeted, “Congratulations to Mayor-Elect Ed Gainey. I look forward to working with you and your team on a progressive transition for the betterment of all of Pittsburgh. Here’s to the next chapter. Do great things!”

Retired cop Tony Moreno was Gainey’s opponent. After losing in the Democratic primary earlier this year, Moreno was nominated as a Republican write-in candidate. However, he denounced both parties and the “establishment” during his campaign.

He received 29% of the vote, which is high for a Republican running in Pittsburgh. He told Public Source that he had no plans of running again after a grueling six month campaign. Pittsburgh last elected a Republican mayor in 1929, when Charles Kline was reelected.

On the morning of election day, Gainey remarked, “I’m not going to undercut the importance and what it would mean” regarding Pittsburgh electing a Black mayor. But what would mean more is when we as a region are competitive … Of course we understand the context of it, but more importantly, let’s be productive.”

After the election, he celebrated at an election night party, where he said, “Let me tell you why this is beautiful: because you proved that we can have a city for all. You proved that everybody can change. We know how people have talked about Pittsburgh and talked about how segregated it is, but today, you changed that.”