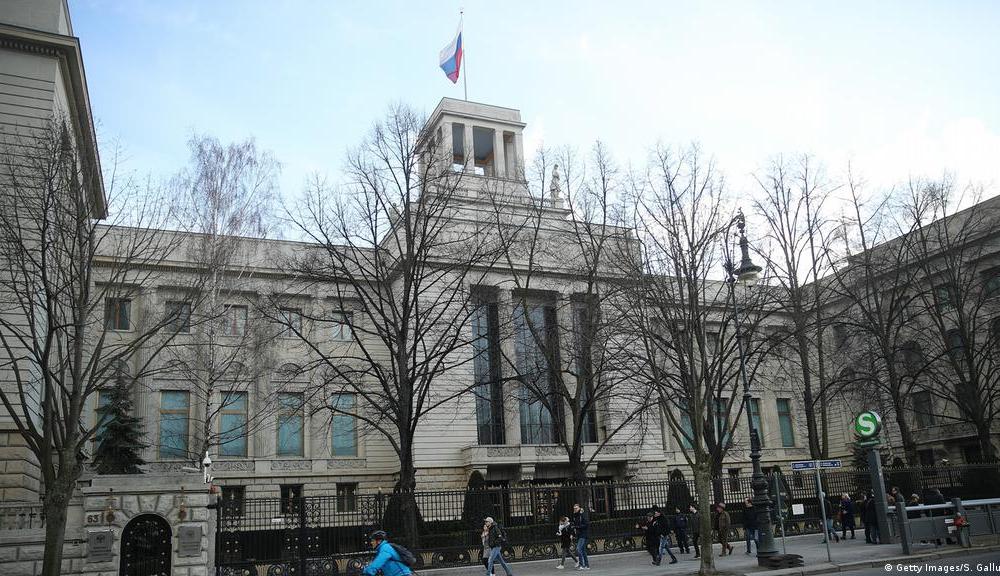 German security services believe that a man found dead in a street outside the Russian embassy in Berlin last month was an undercover agent of Russia’s FSB intelligence service, Der Spiegel reports.

The body of the 35-year-old man was found early on October 19 by Berlin police officers guarding the building, the magazine said. Quoting security sources, it said the man had fallen from an upper floor at the embassy.

The officers called an ambulance, but medics were unable to resuscitate him, it added. The embassy confirmed in a statement to Interfax news agency that a Russian diplomat had died but said it was “not commenting on this tragic event for ethical reasons”.

Berlin police declined to comment and directed all questions to public prosecutors. Security sources said it was unclear how the diplomat had fallen and what had caused his death. The Russian Embassy had not agreed to an autopsy.

“All formalities linked to repatriating the body of the diplomat were promptly settled with the responsible law enforcement and medical authorities of Germany in accordance with the practices in place,” the embassy said in its statement to Interfax.

The man, who has not been named, was officially listed as a second secretary at the embassy, the magazine said. He was also a relative of a Russia-based senior officer of the FSB’s second directorate, which deals with anti-terrorism.