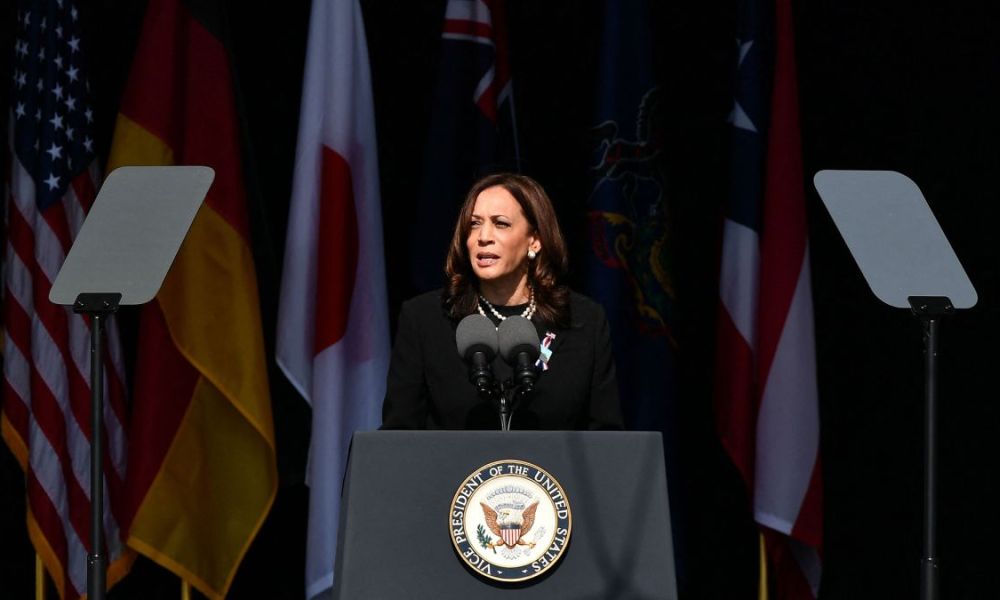 Harris was named the leader of the National Space Council but has yet to attend any high-profile events in this role. Former Vice President Mike Pence held the role before her. The last meeting for the council was under the Trump administration and ended on December 9, 2020.

On Friday, Harris and Bill Nelson, the NASA administrator, toured the Goddard Space Flight Center in Greenbelt, Maryland. The Vice President was also accompanied by officials from the National Oceanic and Atmospheric Administration and the U.S. Geological Survey. Harris gave a speech where she announced the National Space Council meeting would convene on December 1, 2021.

She also highlighted the work and progress different agencies were making on addressing climate change from a space perspective. During her speech, she displayed images from the Landsat 9 Earth Mission. The mission has been able to provide data regarding agriculture planning, as well as the effects of droughts and water use.

The last time the council met was in 2020 at the Kennedy Space Center in Merritt Island, Florida, with Pence leading the conference. Two years ago, he said the administration was hoping to send astronauts to the Moon by 2024, with plans for a visit to Mars in progress.

So far, the Biden administration, which has been critical of former President Donald Trump, has been supportive of the space policies he initiated, two of them in particular. They have voiced support for Trump’s establishment of the sixth branch of the military, The Space Force, and the push for returning astronauts to the moon via the Artemis program.

This is one of the only areas that the current administration has little disagreement with the last administration. Very few policies have changed in regard to space since Biden took over the presidency. Press Secretary Jen Psaki was asked in March if Biden agreed with the majority of Trump’s space policies. She responded, “That sounds accurate to me.”

The starkest contrast between the two administrations’ views on space is that the Biden administration is more honed in on space’s role on mending climate change issues, whereas the Trump administration was focused more on maintaining U.S. dominance in space and getting people to the Moon and Mars.