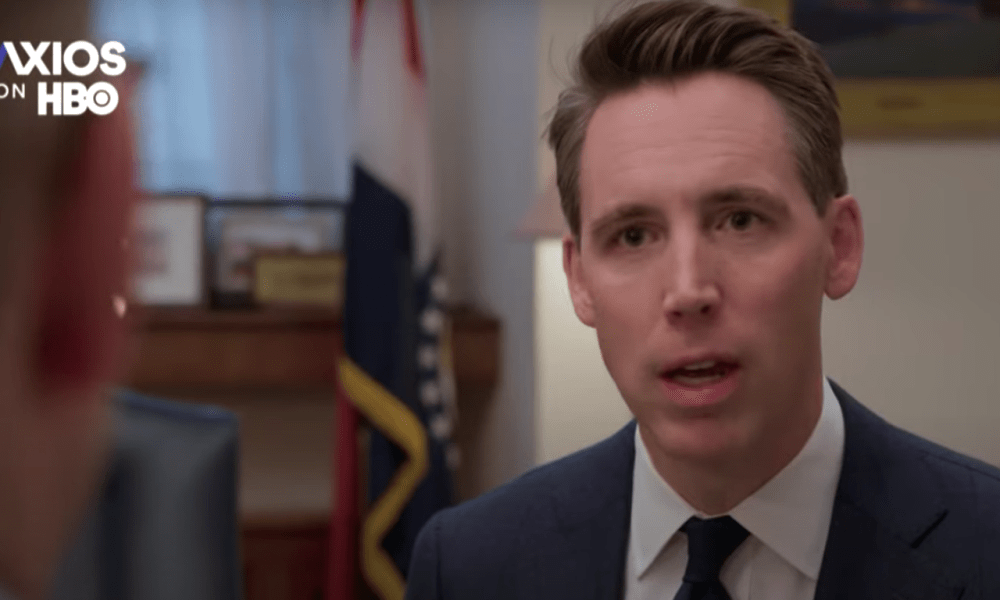 Sen. Josh Hawley (R-Mo.) told “Axios on HBO” he’ll make masculinity a signature political issue, because he claims “the left” is telling men: “You’re part of the problem. … Your masculinity is inherently problematic.”

“Can we be surprised,” he asked, “that after years of being told … that their manhood is the problem, more and more men are withdrawing into the enclave of idleness, and pornography, and video games?” He added, “We need the kind of men who make republics possible.”

Asked during the “Axios on HBO” interview to paint a picture of his ideal man, Hawley said: “Well, a man is a father. A man is a husband. A man is somebody who takes responsibility.”

Challenged on whether his assertions are based on data or mere hunches, the senator said millions of men had been idled in part “because jobs have dried up in many cities across America and rural areas, too.”

Asked about the indelible image of him raising a fist in solidarity with protesters outside the Capitol on Jan. 6 before the riot began, Hawley said he doesn’t regret the gesture. “I don’t know who came into the Capitol or not,” he said. “If they did come into the Capitol and they violated the laws, they’re criminals, and they should be prosecuted — and they’ll get no support from me.

University of Florida will no longer bar professors from testifying in voting rights case, school announces