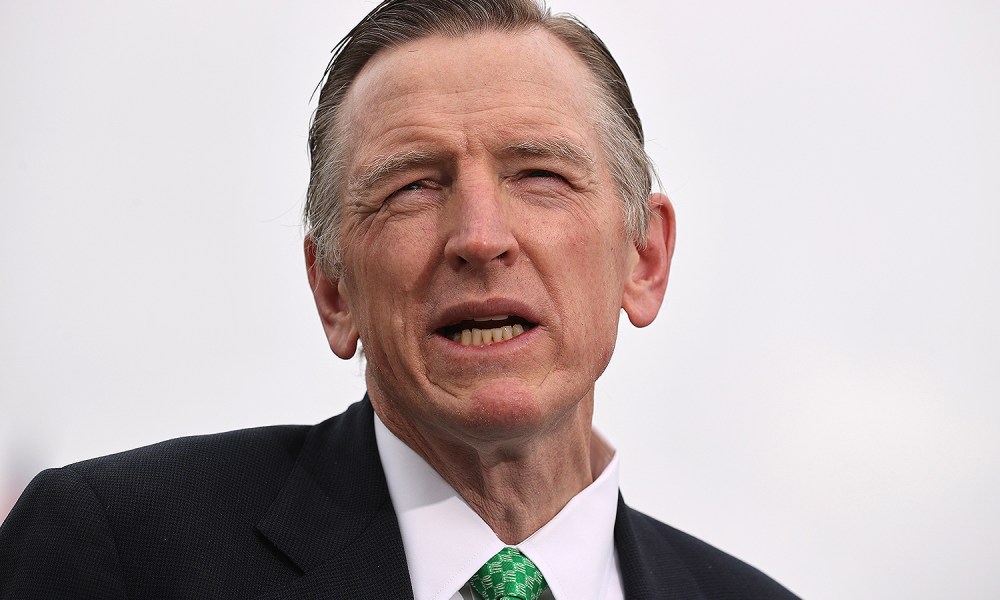 “Threats of violence against Members of Congress and the President of the United States must not be tolerated,” Pelosi tweeted Tuesday morning. Pelosi said House Minority Leader should “join in condemning this horrific video and call on the Ethics Committee and law enforcement to investigate.”

The tweet follows a wave of backlash from Democrats after Gosar tweeted a 90-second video that appeared to be an altered version of a Japanese animated series.

“Any anime fans out there?” Gosar asked in the tweet, which remained active on his account as of Tuesday afternoon. Jennifer Gosar said she spoke with her other brother, Tim, about their brother’s mental state and how it’s ‘getting worse.’ “He has not been held accountable in any way, shape or form,” Ms. Gosar said as she called on not only Republicans, but also Democrats to do something about her brother’s actions in Congress.

“Does he need to act on his sociopathic fantasy for Representative Ocasio-Cortez?” she questioned. “I am very concerned for she and other members.” Despite the widespread criticism, Gosar appeared unfazed outside of deleting the original tweet with the video.

On Tuesday he posted an image of a meme with a crying character saying: “You’re (sic) cartoon anime scares me with your jet pack flying and light sabers.” Another character responds with: “It’s a cartoon. Relax.”

Schumer tweeted on Tuesday in response to the original post from Gosar: “What a disgusting video from a pathetic man.” Democratic Representative Adam Schiff of California told ABC’s The View when talking about the tweet and the video: “First of all, he has no business being in Congress.” He added, “Sadly, the Republican conference is now characterized by numerous kooks and dangerous cranks, of which he is one.”