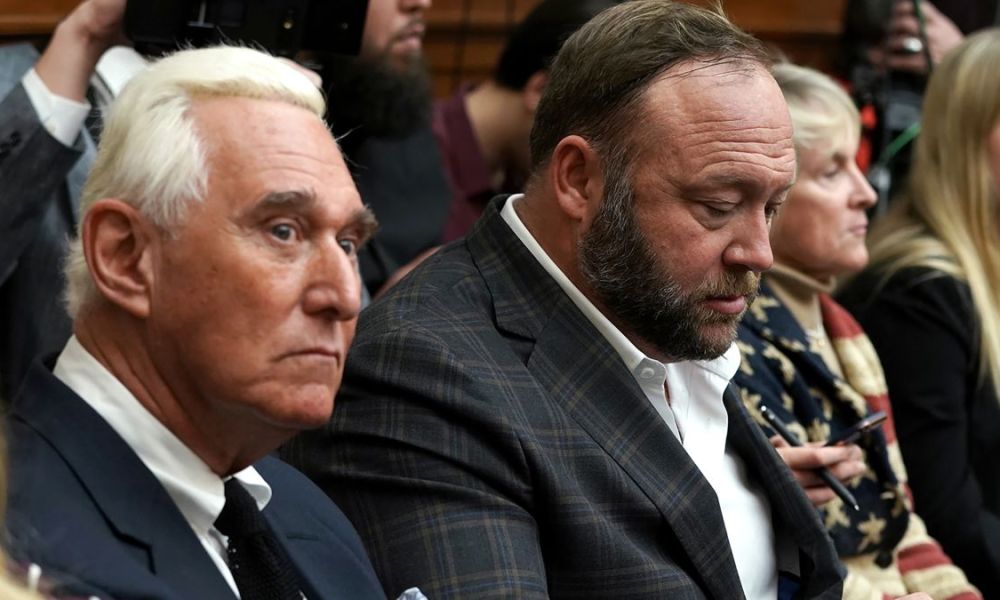 The House committee investigating the Jan. 6 riot at the U.S. Capitol issued subpoenas Monday for Roger Stone and Alex Jones.

The subpoenas, which were issued on Monday, include demands for documents and testimony from Stone and Jones as well as three people accused of organizing and promoting the two rallies that took place on Jan. 6.

“The Select Committee is seeking information about the rallies and subsequent march to the Capitol that escalated into a violent mob attacking the Capitol and threatening our democracy,” said Mississippi Rep. Bennie Thompson, the Democratic chairman of the panel. “We need to know who organized, planned, paid for, and received funds related to those events, as well as what communications organizers had with officials in the White House and Congress.”

The committee noted that Stone was in Washington before the rally, and was photographed with a security detail that included Oath Keepers.

“Before traveling to Washington, Mr. Stone promoted his attendance at the rallies and solicited support to pay for security through the website stopthesteal.org. While in Washington, Mr. Stone reportedly used members of the Oath Keepers as personal security guards, at least one of whom has been indicted for his involvement in the attack on the Capitol. Mr. Stone has made remarks that he was planning to ‘lead a march to the Capitol” according to the release.

Jones helped organize the rally by “facilitating a donation” to provide what he described as “eighty percent” of the funding.

“Mr. Jones has repeatedly promoted unsupported allegations of election fraud, including encouraging individuals to attend the Ellipse rally on January 6th and implying he had knowledge about the plans of the former President with respect to the rally,” according to the committee.

Stone responded in a statement on his web site: “I have said time and time again that I had no advance knowledge of the events that took place at the Capitol on that day.” He said he had not yet been served with the subpoena. “After the subpoena is served and after my counsel reviews the requests, I will make the determination of how I will proceed,” he said.

Jones’ lawyer Norman Pattis told NBC News that the “First Amendment guarantees the right of assembly and the right to petition for redress of grievances. Congress’s attempt to chill ordinary Americans in the exercise of these rights is terrifying.” The lawyer was non-committal on how Jones would respond, saying: “We will be in touch with Committee staff to determine what our next steps will be.”

SURVEY: 44% of Americans don’t want children, say the future is too ‘bleak’