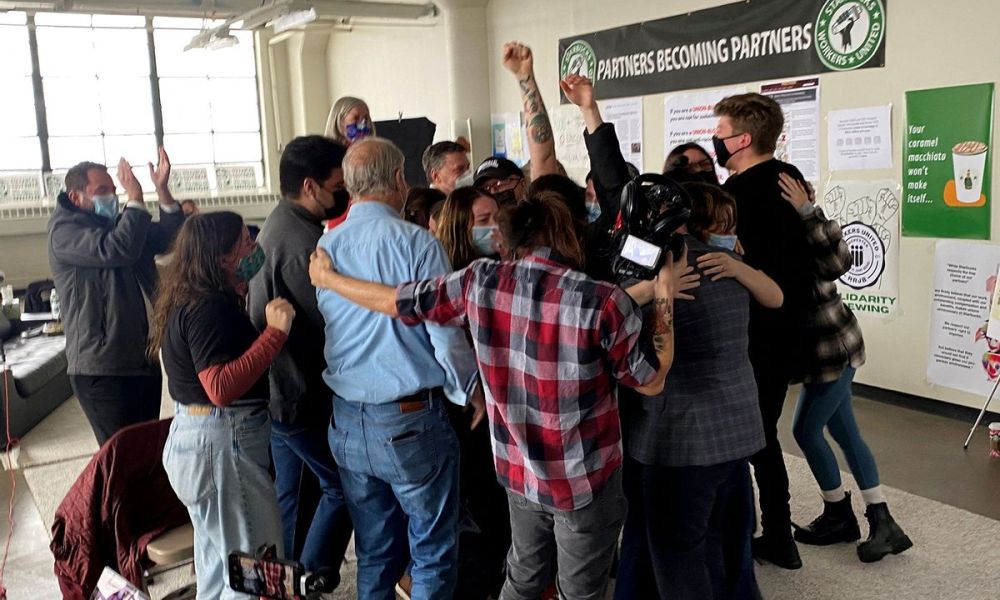 Starbucks workers at a store in Buffalo voted to unionize on Thursday, a first for the 50-year-old coffee retailer in the United States and the latest sign that the labor movement is stirring after decades of decline.

The National Labor Relations Board said Thursday that workers voted 19-8 in favor of a union at one of three locations in Buffalo. A second store rejected the union in a vote of 12-8. The results of a third store could not be determined because of several challenged votes.

According to Rep. Chuy Garcia (D-Ill.), the development is “a major win for the labor movement. During the pandemic we saw record-breaking profits go to corporations while workers were left behind. Workers are saying enough is enough, and when unions fight, workers win.”

“I think a unionized Starbucks restaurant will demonstrate to workers … that it’s not easy, but they can do it,” said Rebecca Givan, a labor studies professor at Rutgers University. “We will likely see many, many more organizing drives.”

“The vote outcomes will not change our shared purpose or how we will show up for each other,” she wrote. “We want to protect partner flexibility, transferability and benefits across all stores in a market or a district because we know that’s important to partners.”

Hillary Clinton says if Donald Trump wins 2024 Presidency, it could be ‘the end of our Democracy’