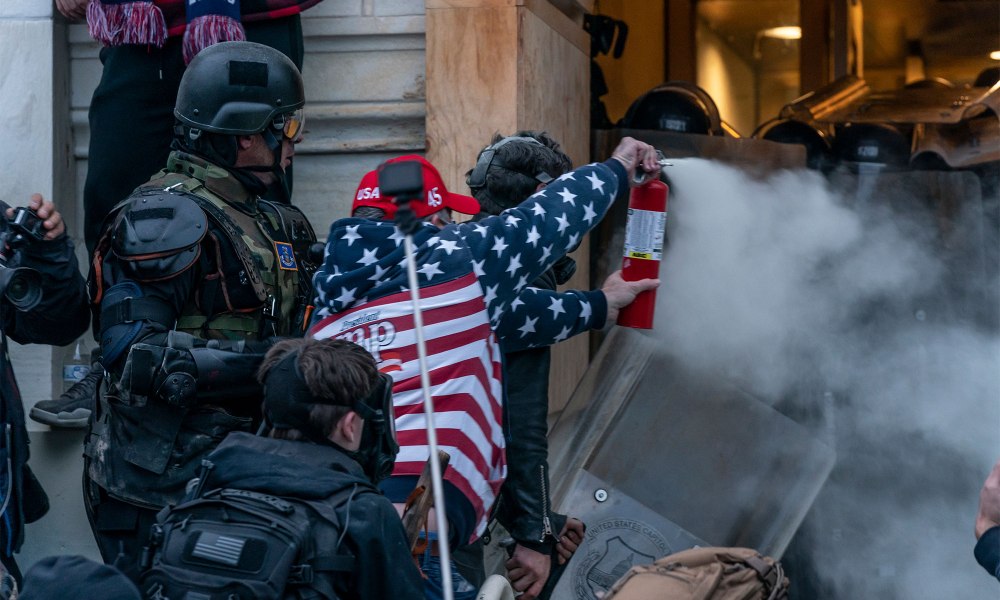 A Capitol rioter who attacked police officers working to hold back the angry pro-Trump mob on Jan. 6 was sentenced Friday to more than five years behind bars, the most so far for anyone sentenced in the insurrection.

Robert Palmer, 54, of Largo, Florida, wept as he told U.S. District Judge Tanya Chutkan that he recently watched a video of his actions that day and could not believe what he was seeing. “Your honor, I’m really really ashamed of what I did,” he said through tears.

“Every day we are hearing about reports of antidemocratic factions, people plotting potential violence in 2024,” District Judge Tanya Chutkan said as she handed down the sentence. “It has to be made clear that trying to stop the peaceful transition of power, assaulting law enforcement, is going to be met with certain punishment. Not staying at home, not watching Netflix, not doing what you were doing before you got arrested.”

Palmer was first publicly identified by online sleuths, who tracked him down through pictures and video of Palmer in an American flag jacket brawling outside the Capitol. According to his plea agreement, Palmer sprayed a fire extinguisher at a line of police and twice threw the empty canister. When he refused to back down, Palmer was shot in the stomach with a rubber bullet.

“I wonder if the people who are usually before me,” Chutkan said of Black and minority defendants she presides over, “if they had tried to storm the Capitol that day, would they have been met with rubber bullets. I suspect not.”

During the hearing, Palmer said that he saw TV host Rachel Maddow do a segment about his case on MSNBC and was “horrified, absolutely devastated to see myself on there. Just to see the coldness and the calculation going up those steps with the fire extinguisher to spray those officers.”

Palmer also said in a letter to the judge that he now realizes former President Donald Trump “lied” to supporters about the election. “They kept spitting out the false narrative about a stolen election and how it was ‘our duty’ to stand up to tyranny,” Palmer wrote. “Little did I realize that they were the tyrannical ones desperate to hold onto power at any cost even by creating the chaos the knew would happen with such rhetoric.”

Just one in four Americans want Trump or Biden to run again in 2024, new poll shows