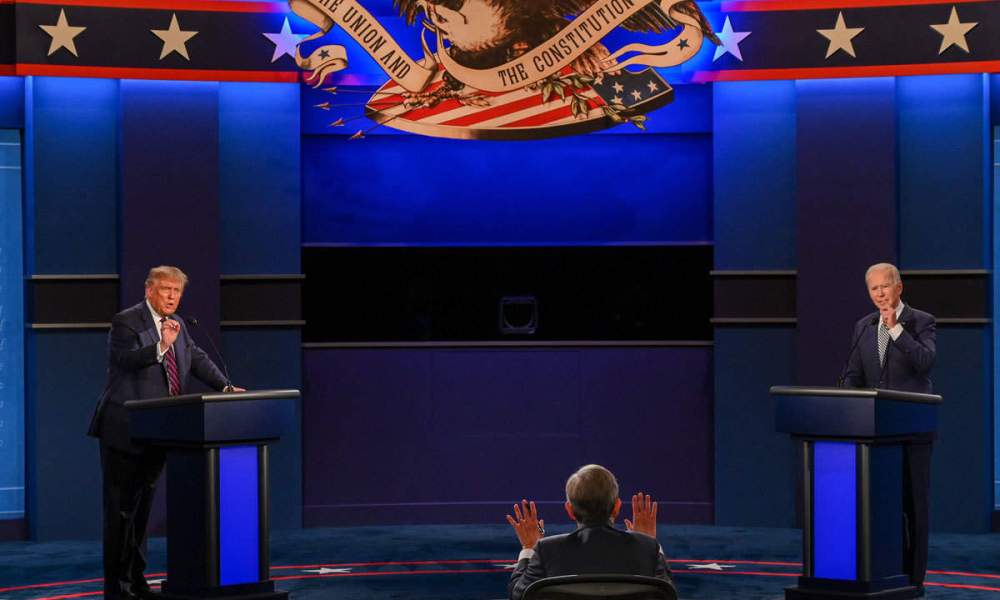 A Yahoo News/YouGov poll shows that most Americans do not want either Donald Trump or Joe Biden to run for president again in 2024.

Trump’s support among Republicans is stronger than Biden’s among Democrats. Nearly a quarter (23 percent) of those who voted for Trump in 2020 don’t even want to see him on the ballot again in 2024.

Biden is struggling the most with his own voters. Overall, just 41 percent of Americans now approve of how Biden is handling his job; 53 percent disapprove. That’s Biden’s poorest rating in any Yahoo News/YouGov survey to date. 38 percent of 2020 Biden voters say they want him to run for reelection. A full 30 percent say he should step aside.

Almost all Democrats say they would vote for Biden if he ran again. When offered a choice between Biden and Trump, registered voters chose Biden by a 6-point margin: 47 percent to 41 percent.

When compared against potential opponents Trump’s support falls even further (to 44 percent). Florida Gov. Ron DeSantis, meanwhile, now earns nearly a quarter of the GOP primary vote (23 percent), up from 13 percent in August. Back then, Trump was in a far more commanding position, with 58 percent support.

Capitol rioter who attacked police officer gets more than five years in prison, the longest sentence yet