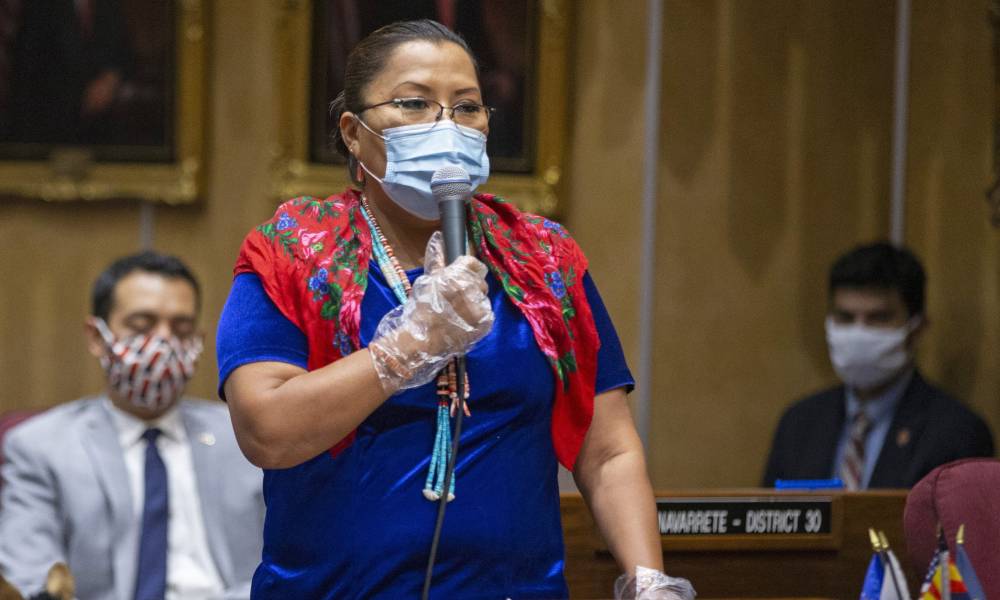 Democratic Arizona State Sen. Jamescita Mae Peshlakai, the first Native American woman elected to the office, announced on Wednesday that she has resigned from her position.

Her resignation letter said she will be taking a position with the U.S. Department of the Interior. “I will begin work at the federal level in the new year and will be more impactful for all of the western United States,” she wrote.

Peshlakai resigned part of the way through her third two-year term in the Senate, and she had served in the state House prior to her job. Her district covered a lot of northern and eastern Arizona, which included the Navajo Nation. Her new job falls under Secretary Deb Haaland’s department.

This year, Haaland, a 60-year-old representative for New Mexico, made history as the first Native American serving as a cabinet secretary. She is a member of Laguna Pueblo, one of 574 sovereign tribal spread across 35 states.

Her priorities, she previously said, include climate change, tribal consultation, and green economic recovery. She also noted that she would be willing to go across the aisle to accomplish her goals, and she already gained some favor with Republicans as Lindsey Graham and Lisa Murkowski voted to confirm her for the role.

While the details of Peshlakai’s role have not yet been released, Haaland is tasked with overseeing 70,000 staffers who manage one-fifth of all U.S. land as well as 1.7 billion acres of coastline. Haaland also is in charge of the management of national parks, wildlife refuges, and natural resources like gas, oil, and water. Her duties additionally include overseeing tribal affairs.