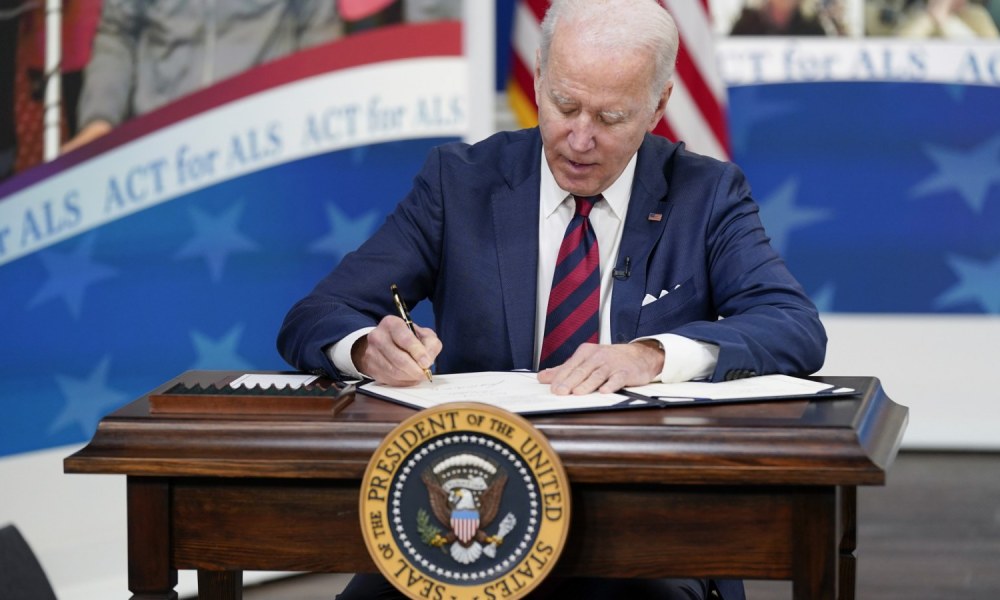 The measure, which passed the Senate last week, bans any US imports from the Xinjiang region of China unless the importer can prove the goods were not manufactured using any type of forced labor.

The legislation, which marks a moment of agreement between Democrats and Republicans in Washington DC, “sends a powerful, bipartisan message that the United States will not turn a blind eye” to human rights violations wherever they occur, said the bill’s co-sponsor Senator Jeff Merkeley (D-Or.) in a statement issued after the president signed the bill.

Merkeley, head of the Congressional Executive Commission on China, added, ““Now that the Uyghur Forced Labor Prevention Act has reached President Biden’s desk and been signed into law, we can finally ensure that American consumers and businesses can buy goods without inadvertent complicity in China’s horrific human rights abuses.”

The other three sponsors of the bill, Senator Marco Rubio (R-Fl.), Rep. Christopher H. Smith (R-N.J.), and Rep. Jim McGovern (D-Mass.) also received thanks from the White House for their work on the bill, as well as House Speaker Nancy Pelosi (D-Ca.) and Senate Majority Leader Chuck Schumer (D-NY).

Press Secretary Jen Psaki said in a press briefing on Thursday, “As we’ve said before, we call on all industries to ensure that they are not sourcing products that involve forced labor, including forced labor from Xinjiang.”

President Biden announces he plans to run in 2024, says a Trump run increases the odds