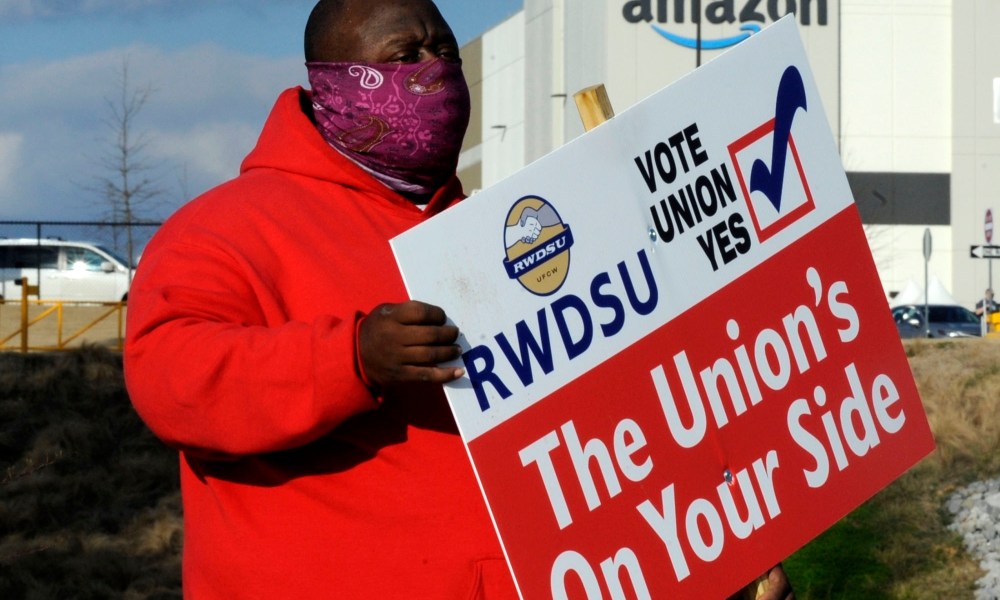 In a major shift from its previous anti-union moves, Amazon has reached a settlement to allow workers to unionize at its warehouses without retaliation from the online giant.

The specifics of the deal make Amazon responsible for allowing employees who have finished their shifts but wish to engage in union activity on the premises to do so in non-work areas, such as outside and in break rooms. This is a big step in Amazon workers’ efforts to unionize, as Amazon has historically quashed employees’ efforts to unionize.

“This settlement agreement provides a crucial commitment from Amazon to millions of its workers across the United States that it will not interfere with their right to act collectively to improve their workplace by forming a union or taking other collective action,” NLRB General Counsel Jennifer Abruzzo said in a statement on Thursday. “Whether a company has 10 employees or a million employees, it must abide by the National Labor Relations Act.”

Part of Amazon’s agreement with the National Labor Relations Board requires the company to notify all affected workers of the new policy in writing that, Amazon “WILL NOT tell you that you cannot be on our property, or that you need to leave our property 15-minutes after the end of your shift, or threaten you with discipline or that we will call the police, when you are exercising your right to engage in union or protected concerted activities by talking to your co-workers in exterior nonwork areas during nonwork time.”

TikTok takes Google’s no. 1 spot as most popular website in 2021

President Biden announces he plans to run in 2024, says a Trump run increases the odds