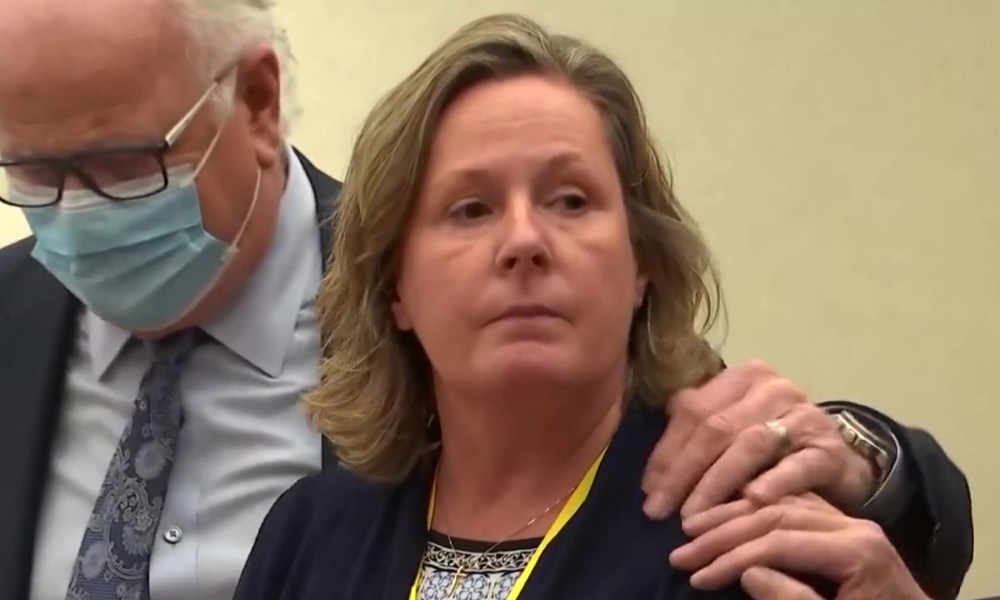 Kim Potter, the former Minnesota police officer who drew a gun instead of a Taser and fatally shot Daunte Wright during a traffic stop, was found guilty Thursday of first- and second-degree manslaughter in the young Black man’s death.

Defense attorneys asked for Potter to be released on bail until sentencing, but the judge denied the motion and ordered Potter taken into custody. Attorney Paul Engh said Potter was “remorseful,” not a threat to the public and a “devoted Catholic” who hoped to spend the holidays with family.

Prosecutors argued in favor of taking Potter into custody, noting Potter has been living out of state. “I cannot treat this case any differently than any other case,” Hennepin County District Court Judge Regina Chu said in her ruling.

As deputies took Potter into custody, Potter’s husband, Jeff Potter, shouted, “Love you, Kim!” from the back of the courtroom. Potter turned and said, “Love you,” as deputies handcuffed her.