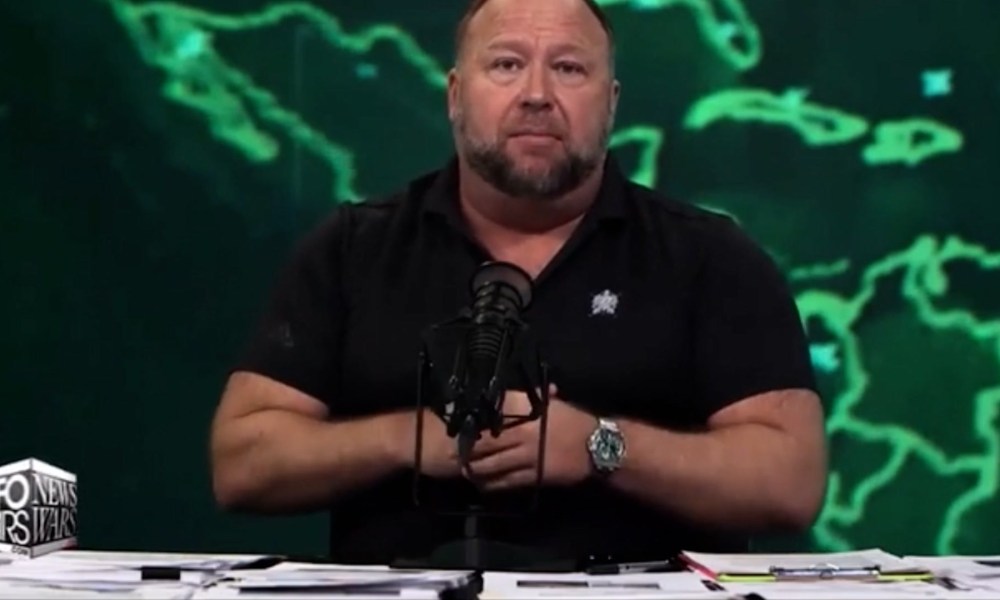 Alex Jones called Donald Trump ‘pathetic’ and threatened to ‘dish all the dirt’ now that the former president is more fiercely coming out in favor of Americans getting vaccinated against coronavirus.

“We all wish Trump would do the right thing. And listen, I have the inside baseball on Trump – he doesn’t know what’s going on,” Jones said on his InfoWars program on Wednesday afternoon. “I’m not even defending Trump,’” he added. “I’m just saying we need to move on.”

“In fact, maybe, you know what, to get Trump’s attention, maybe I should just dish all the dirt,” the fringe far-right media personality said. “You know what, you know what, I am going to dish it all on Trump next hour.”

Jones reiterated that he wishes Trump well and isn’t against the former president. “It’s not to hurt Trump,” Jones said of his impending gossip, “it’s so people can know how pathetic he is when you think he is playing 4D chess, going to save you and he’s not!”

The threat first reported by The Daily Beast comes amid the criticism over Trump’s backing of the COVID-19 vaccine after he revealed earlier this month that he has also received his booster.

In a recent interview with conservative Daily Wire host Candace Owens, Trump defended the vaccine and urged Americans to get theirs, while still insisting he is against mandates for masks and vaccines. Trump said last Wednesday that people unvaccinated against coronavirus are the ones getting ‘very sick’ as he again took credit for the vaccination’s creation.

“I came up with a vaccine, with three vaccines,” Trump told Owens last week, referring to the development of the Moderna, Pfizer and Johnson & Johnson vaccines while he was still president. “All are very, very good. Came up with three of them in less than nine months. It was supposed to take five to 12 years.”

Joe Biden’s White House press secretary used Trump’s comments to promote Americans getting vaccines. “We are grateful that the former president got the booster,” Jen Psaki said during her briefing last week. “We’re also grateful that he made clear in a recent interview that they’re effective and they’re safe, and that’s an important issue for anyone to hear.”

Anti-Trump Republican representative, Peter Meijer, also reposted the video and wrote: “If you haven’t already, please get one of the amazing COVID vaccines. I did (vax+booster).”

“If you don’t want to take my word for it,” the Michigan congressman added, “take the word of former President Trump. He got vax and booster too. Or ask your doctor or any other trusted source (not Facebook or YouTube!)”