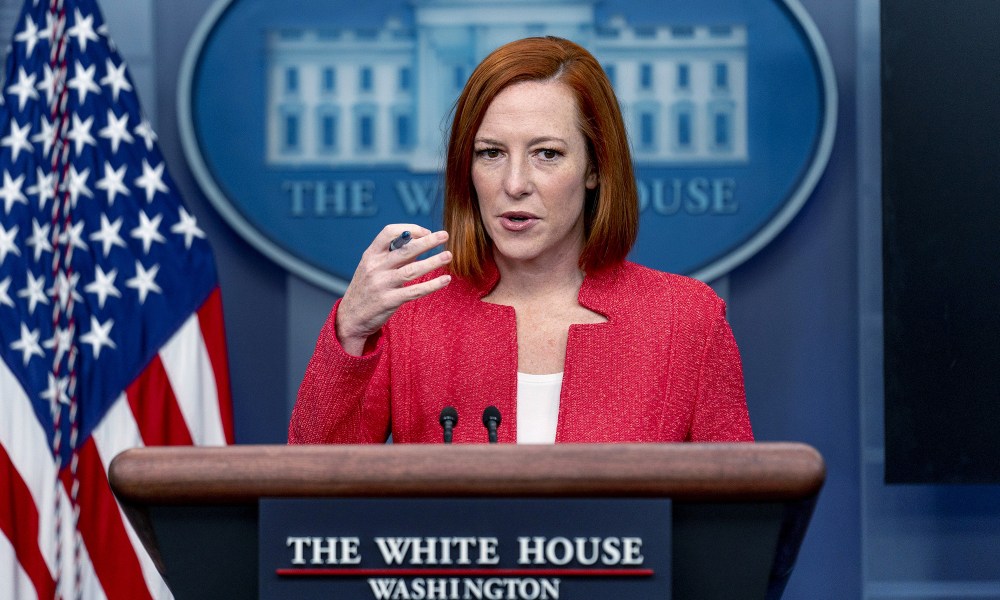 White House press secretary Jen Psaki stated on Friday that President Biden didn’t intend to offend senators by likening them to George Wallace, Bull Connor and Jefferson Davis, his intention was to compare their actions to those of the infamous white supremacists.

Psaki was asked at her regular briefing about Biden’s speech at a Tuesday speech in Atlanta, which unsuccessfully sought to convince Democratic senators to set aside the 60-vote legislative filibuster and pass election reforms with a bare majority.

“He is talking about Republicans that don’t agree with voting rights, he’s describing them as George Wallace, Bull Connor and Jefferson Davis,” said Fox News correspondent Peter Doocy. “What happened to the guy who, when he was elected, said, ‘To make progress, we must stop treating our opponents as our enemies’?”

“I think everybody listening to that speech, who’s speaking on the level, as my mother would say, would note that he was not comparing them as humans,” Psaki responded.

She added: “He was comparing the choice to those figures in history and where they’re going to position themselves as they determine whether they’re going to support the fundamental right to vote or not.”

On Thursday, Sens. Kyrsten Sinema (D-Ariz.) and Joe Manchin (D-WV) reiterated that they won’t support changes to filibuster rules to allow for the bill to pass without Republican support in the evenly divided Senate.

“I have known, liked, and personally respected Joe Biden for many years. I did not recognize the man at that podium yesterday,” said McConnell, who added that Biden’s remarks amounted to “shouting that 52 senators and millions of Americans are racist unless he gets whatever he wants.”

Sen. Mitt Romney (R-Utah) said that Biden was going “down the same tragic road taken by President Trump casting doubt on the reliability of American elections.”

Romney said in his own Senate speech that Biden “said quite a number of things that simply weren’t true” in his Atlanta address and “accused a number of my good and principled colleagues in the Senate of having sinister, even racist inclinations.”

Jan. 6th hearings ‘are going to blow the roof off the house,’ Rep. Raskin says