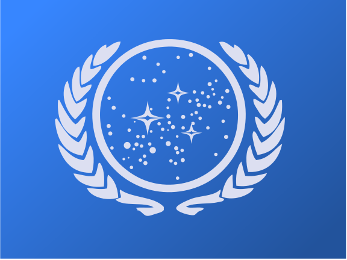 This week, the Star Trek franchise crossed a boundary they can never re-cross. The show Star Trek: Discovery, available exclusively on the Paramount+ app of a company now calling itself Paramount Global, featured a visit from a President of United Earth. This official would, of course, be the Secretary General of the United Nations. As CNAV said before, the Articles of Federation of the “United Federation of Planets” mirror exactly the United Nations Charter. But the Star Trek showrunners made an inexcusable casting decision. They cast Stacey Abrams as this fictitious official!

Who is Stacey Abrams?

For anyone who has lived under a rock for the past four-plus years, Stacey Abrams ran for Governor of Georgia as a Democrat in 2018. She lost, but has never conceded defeat. To explain her loss, she insists that the State Department of State stopped people from voting just because they were black. Incredibly, the winning candidate (Brian Kemp) and Georgia Secretary of State Brad Raffesnsperger loosened Georgia election law. Among other things they reduced the signature test for absentee ballots to a casual glance.

Then in 2020, Stacey Abrams landed a contract for her Happy Faces temporary help placement agency to provide Officers of Election for Fulton County, Georgia’s most populous. (Fulton County is the Atlanta television market. Technically, Abrams is only the financière of Happy Faces, through a firm called NowAccount, which she does part-own.) These OOEs brought pre-filled-out, photostatted ballots into the polling place in their official election-equipment-and-supply carry cases (“suitcases”). Those fraudulent ballots delivered the State to Joe Biden. Then on January 5, 2021 they did it again, to place Raphael Warnock and Jon Ossoff into the Senate. Both these men, of course, are Democrats. Incidentally, Fulton County’s Commission renewed Happy Faces’ contract, this although several residents begged them not to.

This is the person who now portrays the Secretary-General of the United Nations. The woman before whom the whole Earth bows. And when they cast her in that role, the Star Trek people embrace The Steal.

So why would a Star Trek show cast a sitting politician as a fictional character? Don’t they realize, as two influencers have already observed, that when they do that they alienate half their viewership?

Suppose President Trump appeared as the President of a United States rebelling against the United Nations? Well, we know what would happen.

Here’s the problem. Star Trek was “woke” before “woke” became a passive participle as well as a simple past tense form. CNAV went over this before, to observe its Tarnished Jubilee. The Articles of Federation is only part of it, but the “woke-ness” didn’t really start until The Next Generation. Have a look at the world of Star Trek! The economy is communist, their philosophy jumps from atheist to Hindu religious, and the only real patriots in the franchise are the old enemies of the Federation – the Klingons. Furthermore, Star Trek was promoting LGBTQ etc. on its Deep Space Nine show long before “Abrams Trek” became a thing. Their science predictions came more from dramatic convenience than any real scientific principles. (You know the phrases: “Set speed at Warp Factor Two,” and “Beam me up.”)

Star Trek could and should have redeemed itself with a retelling of the American War for Independence. But no! Instead they pick Stacey Abrams to portray the President in their story universe.

But isn’t that entirely appropriate? Doesn’t Stacey Abrams advocate for every leftist cause with which Star Trek identifies its heroes today? Of course she does.

So what do we do about it?

Here’s what we don’t do: hold out any further hope that Star Trek will “return to its beginnings.” That ship “warped out of orbit” long ago. Captain Kirk told two planet-side tempters, who tried to tempt him with precious gemstones, that

We run these things off by the ton!

Decades later, Captain Picard told a visiting passenger on his ship – and I kid you not:

Money does not exist in our society.

I knew it then. From there to casting a modern day leftist politician as a fictitious political leader, was only a matter of time.

What we do, now, is create our own space-opera franchise. In it, we emphasize how real economies and polities work, not this “woke” utopia that is the present Star Trek story universe. And I am proud to announce that I am now doing precisely that.

I created my own story universe. Its back story has none of the weird characters from Star Trek canon – Khan Noonien Singh, “Colonel Green,” or any of those guys and gals. More to the point, it says up-front that the “woke” way of doing things produces dystopia, not utopia. “Get ‘woke,’ go broke” applies equally to economies as to entertainment franchises. And after showing the dystopia, I next show people doing something about it.

Related Topics:Election of 2020election reformfranchisepoliticianstelevision
Up Next

The worst thing that has ever happened to humanity