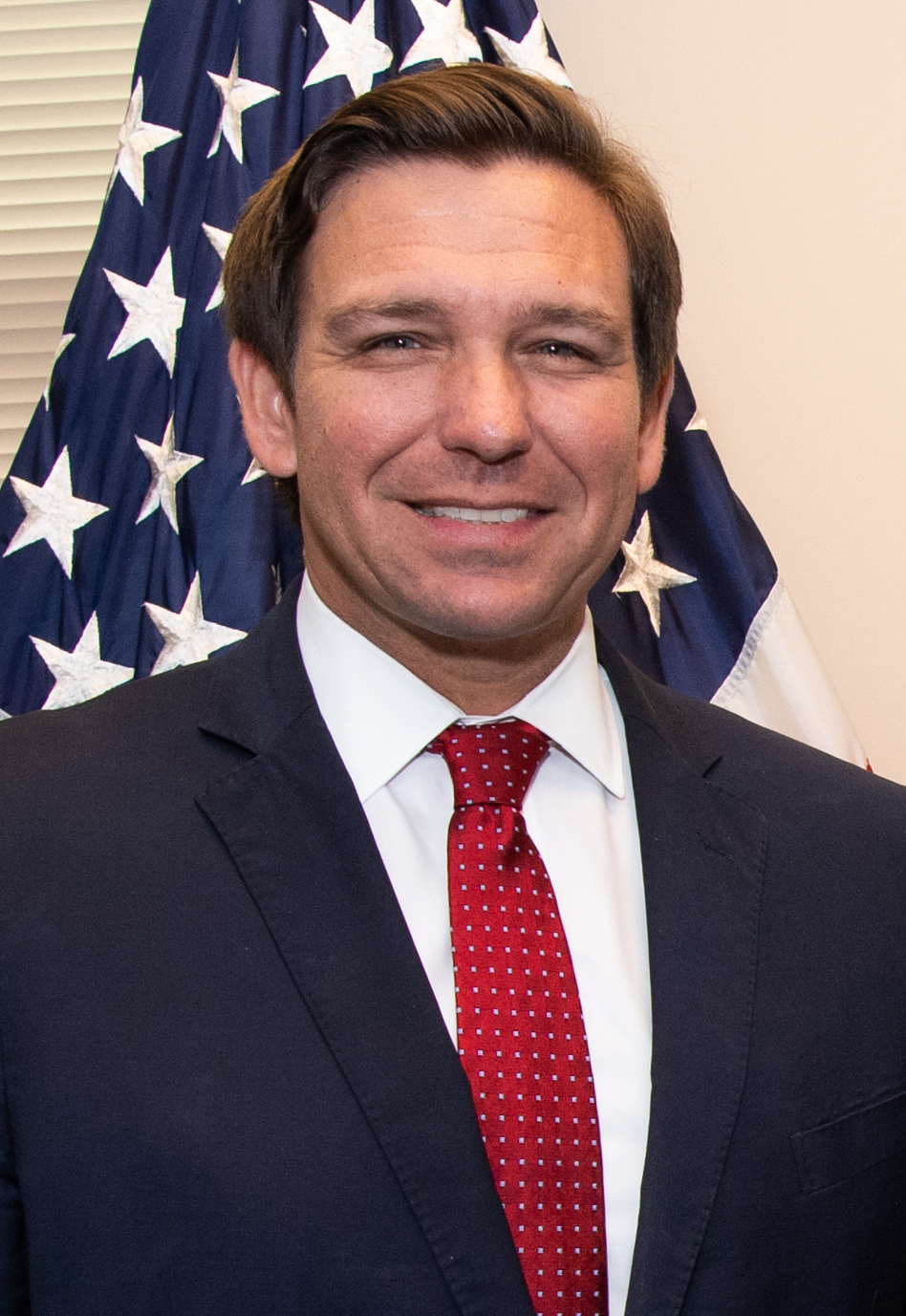 Hello this is Darrell Castle with today’s Castle Report. This is Friday the 8th day of April in this the year of our Lord 2022. I will be discussing the law recently passed by the Florida legislature and signed by Governor DeSantis entitled Parental Rights in Education but often defamed with the lie Don’t Say Gay. How did this law provoke the Disney Corporation to risk its reputation as a family place, a kid friendly place, a happy place, a safe place for vacation, in defiance of the law?

Does the State own your children?

A secondary title for this Report could be, Does the State Own Your Children? Perhaps when you deliver your kids into the hands of the state system of education or indoctrination, they are yours no longer, but wholly owned by the all-knowing state. In Florida, the governor and the legislature have decided to oppose state ownership of children.

Parental rights are the object of this law

Those who insist that they have the right to sexualize and exploit young children immediately cast the bill as the “Don’t Say Gay” bill. But the bill, all 7 pages of it, does not mention the word gay. The three cohosts of the Oscars mocked it, repeatedly saying gay. DeSantis gave it right back to them saying,

If the people who held up degenerates like Harvey Weinstein as exemplars and as heroes and as all that, if those are the types of people that are opposing us on parents’ rights, I wear that like a badge of honor.

He went on to say that what they hope to do with their slogans and false narrative is camouflage their true intentions.

The Walt Disney Company attacks its own paying customers

It was expected that anytime any state legislature tried to protect the state’s children from gender identity indoctrination there would be angry pushback. But who would have thought that The Walt Disney Company would risk its reputation to go all in to defend the proposition that 5-year-olds should be exposed to sexualized content in public schools? And Disney committed to further sexualizing their content aimed at young children.

Disney came out swinging and did not mask the true intentions of the Walt Disney Company. The company’s statement said,

Our goal as a company is for this law to be repealed by the legislature or struck down in the courts, and we remain committed to supporting the national and state organizations working to achieve that.

That statement was a declaration of war in the culture wars currently being waged across the country. Meanwhile, Pixar, Disney’s animation studio, pressured the company to be more gay-friendly and the company quickly agreed. One has to question whether it is possible for Disney to be even more gay friendly, but the company is determined to try.

The attitude of Disney is not normal. It is not normal for a once family friendly company to presume that the rights of a tiny sexual minority take precedence over the rights of parents to raise their children as they see fit.(Or the rights of staff who don’t think that way – and that attitude mightn’t be lawful, either. – Ed.)The education/indoctrination system, backed and funded by the Walt Disney Company, wants your children to be sexualized, or groomed, if you prefer, in any way they decide to do it. Parents, in their view, are to have no say in the matter. In order to destroy the old system of intact families raising their children, they want a new normal where they own your kids, and they have the exclusive right to decide what’s best for them, even if that includes perverted sexual degeneracy.

Most so-called Republican politicians and media stars are not like DeSantis. That is, they don’t have his courage and his sense of what the mainstream actually wants to accomplish. They crave respectability above all else and will always water down the message to keep from being labeled a nut or outside acceptable cocktail party conversations. No, instead of having the courage to resist as has Ron DeSantis, they remain as accessories to a project of sexualizing and destroying the emotional well-being of children for political gain. Many people seem to derive some type of perverted glee from children being mutilated and sterilized into a new gender identity. Take the president of the United States for example. This is what he tweeted about the Florida bill.

I want every member of the LGBTQI community — especially the kids who will be impacted by this hateful bill — to know that you are loved & accepted just as you are. I have your back, & my administration will continue to fight for the protection & safety you deserve.

The hormone therapy and surgeries, according to Heritage Foundation, could involve literal castration for boys and double mastectomies and hysterectomies for girls.

It needs to stop

To oppose this kind of sick and depraved behavior is now characterized as hateful.

So, the President’s intent is as follows: I will protect you, not your parents, my administration will decide this for everyone. Once again, he used the word kids without any words for the parents at all. Parents will only be needed as breeders in the new world I suppose. The administration went on to affirm what it called the goodness and justness of “transgender affirming care.” So, what does this affirming care involve? Mutilating perfectly healthy children, sterilizing them, inducing permanent emotional scars and permanent sexual dysfunction. That is the policy of our government right now, but not many in either major political party have the courage to say it is wrong to do this and it needs to be stopped.

The Walt Disney Company, as I said, has gone all in with its opposition to the Florida Bill. Disney condemned the legislation. A Disney employee released videos from an all-hands Zoom staff meeting in which a Disney executive producer discussed implementing her gay agenda for the company’s children’s’ shows. She said Disney would intensify its agenda and make its content in the future more explicitly homosexual and transgender. She admitted openly that Disney is trying to indoctrinate children into accepting this new-normal.

Parents across the country heard her loud and clear and are voting with their pocketbooks and their feet. Many are saying, you see that empty space in the line to buy tickets, that’s mine Mr. Mouse. Disney announced at the same time that it is OK now that Covid is over, for Mickey and Minnie to hug your kids again and to sign autographs for them. In other words, please keep bringing your kids, chumps, so we can sexualize, and groom them, and have you pay us to do it.

What Disney was – and is no longer

It was a happy place full of a lifetime of memories for many people. Joan and I had very little money at the time of our wedding 44 years ago, but we drove there for our honeymoon. We went through EPCOT when only the American Exhibit was finished. When my daughter was 5 or 6 years old, we took her there and we went back each year after that she was with us. I used to go once a year with friends to play golf on the Disney courses. Many stories are appearing in the media from families who tell the same lifetime appreciation for the place.

It was happy, but it was also clean and safe. There was no trash to contend with, no street muggers or pickpockets to worry about. A family could relax with their children as long as they could afford to pay a premium price for it. Now its still clean, but it is no longer safe, in fact it is now a very dangerous place for children, and that is the sad part.

Governor DeSantis reacted to the Disney political outrage and dissemination of false information by threatening to revoke the Reedy Creek Improvement Act. That bit of legislation, in place since 1968, allowed Disney the privilege of governing itself instead of falling under the authority of Orange and Osceola Counties. It exempts Disney from virtually all regulation. In effect, Disney is its own government and is not required to abide by any of the regulations placed on other Florida Corporations. Disney does not have to worry about zoning or building regulation when it constructs buildings or roads. If there is a fire, you call the Disney Fire Department, if you must call 911 you get a Disney operator. In addition, Disney is exempt from copyright laws which without the exemption would have allowed their intellectual property to enter the public domain many years ago.

The reason for such an agreement is obvious, to attract Disney and the vast amount of money it brings to the state of Florida. The deal was working for everybody until Disney decided it was no longer in the entertainment business, but was instead, an LGBTQ lobbying organization. DeSantis now says that he opposes such special privileges in the law so the agreement might just need to be revoked.

Taking on Disney is no small thing because The Walt Disney Company is a global media and entertainment giant. It dominates the media with a total 52% market share. It owns the ABC television network, cable networks including ESPN, other TV networks 277 radio stations and publishing companies. Since Disney owns much of the media, and the rest is in their camp, DeSantis will get only negative coverage. The real leaders and the leaders we need are rendered invisible by media enemies.

We, in America are in grave difficulty because the interests of the ruling elite no longer coincide with ours. The media functions to mislead and to disinform and as propaganda ministry for the ruling elite. Anyone who dissents from their narrative is demonized as a domestic terrorist or white supremacist. If you use gender pronouns or want to use a public restroom with the words men or women on the door you are oppressing the transgendered. They won’t quit until we are all reduced to proles, and they own our children.

From CastleReport.us, appears here by permission.

What’s up with Disney? - Conservative News and Views

[…] customer base has let the company have it. The Disney Plus app might lose as many as a million subscribers. Families have canceled trips to […]