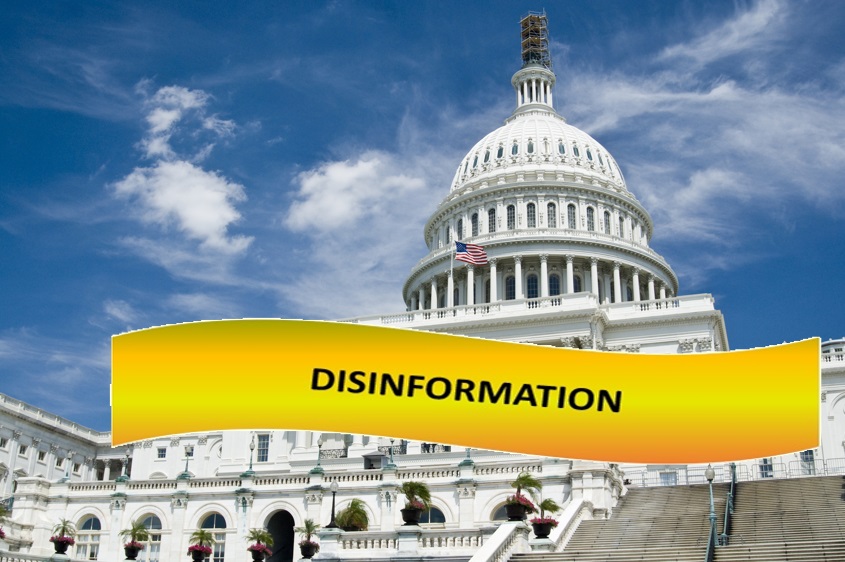 Disinformation is today’s ultimate pandemic. It spreads like COVID, destroys lives, and natural immunity often fails to protect us.

Disinformation is the intentional manipulation of data to lead you to a false conclusion.

For years Volkswagen advertised “Clean Diesel” vehicles convincing many environmentally conscious buyers to choose their cars. In 2016 the deception collapsed when the company was sued for cheating on emissions tests. The disinformation campaign lasted more than 7 years.

While disinformation is about changing people’s minds, when linked to propaganda it can be explosive.

Propaganda is a continuous stream of information designed to get people to take action. As French sociologist Jacques Ellul points out, “even when that action is not in accord with his previous convictions.”

In other words, a lengthy stream of disinformation can become a propaganda campaign that moves people to act against their own long-held beliefs.

Disinformation may convince some people racism is the basis for our nation’s existence. But, relentlessly promoting the racist propaganda can establish it as an accepted norm, such as – it is dangerous to have statues of slave-owners in a freedom-loving country. With enough pressure, the campaign can compel normally peaceful people to destroy decades old historic monuments.

Disinformation by government law-enforcement and other agencies

The lies of politicians and federal agency bureaucrats are particularly dangerous because we want to believe these groups. Few want to accept the notion our fabled FBI, DOJ, or HHS are corrupt dishonest.

Pundits, often from government, blame social media and extremist groups for spreading falsehoods. But we expect outlets like Slate, the Daily Beast, or The Blaze, and Newsmax to be biased. When we watch them, we know we what we are getting. Twitter personalities, no matter how many followers they gain, will never hold the clout of the federal government.

Because of its outsized reach through its agencies, NGO’s, big tech, association publications, paid “fact-checkers”, and the legacy media, government is the most effective disseminator of disinformation and the greatest threat to our safety and security.

The term “lying politician” is so common, a Google search finds more than 25,700,000 results. Despite this, we are influenced by their words.

In 1988, George H.W. Bush was losing to his opponent, Michael Dukakis. At the 1988 Republican National Convention, to boost his election chances he swore, “Read my lips. No new taxes.” He was elected, partly on that promise. It was meaningless disinformation designed to gain power. In less than 2 years his “promise” was broken.

The same is true of government. Those in charge generally mislead to gain or consolidate power. That consolidation is always at the expense of the people’s right to make choices and control their own property.

The five signals of disinformation by government

These are 5 ways the government manipulates messages to disinform the public.

1. Wrap their dishonesty in noble intentions

When Anthony Fauci flip-flopped on mask wearing, he ultimately claimed his lies were for the good of the public.

“This apparent lack of transmission is consistent with recent research (5), which found an asymptomatic attack rate of only 0.7% within households and a lower rate of transmission from children than from adults. However, this study was unable to rule out asymptomatic transmission within the school setting because surveillance testing was not conducted.”

Despite misrepresentations, the science has not changed. There are no studies proving that masks prevent viral spread. As a scientist, Fauci knows this. Sadly, many Americans continue to wear masks, even when ineffective.

Censorship is about controlling thoughts. Transparency is about releasing them. Without freedom of expression society is enslaved to chosen narratives. The Department of Homeland Security announced formation of its own censorship apparatus called the Disinformation Governance Board. The same people who misrepresented Ivermectin, masks, the origins of the virus, numerous pro-vaccine studies, and the Pfizer trials, will now dictate what is considered disinformation.

For a nation that considers itself free, America is awash in censorship.

Every one of these censorship examples has prevented millions of Americans from knowing the truth. Instead, their reality has been replaced with falsehoods and misconceptions.

3. Flaunt original sources that are flawed or misrepresented.

Disinformationists often present flawed and inconclusive studies as “proof” their erroneous position is legitimate. Examining these studies shows their authors’ conclusions often do not reflect what the study says.

A Bangladesh mask study, widely hailed in the Washington Post, Stanford University and others concluded:

Yet analysis of the study shows the conclusion is not true:

The study is so flawed, at best it is inconclusive and should never have been published.

The CDC appears to be attempting to protecting their credibility with this “study” while convincing more women to take the jab. The original Pfizer trials never included pregnant women, so the FDA had no idea how the vaccines might affect them. Still, all adults were mandated to take the shot.

The CDC study concluded vaccines are safe during pregnancy:

Analysis shows the CDC study offers no such assurance.:

The courts nailed them…

Contrary to the CDC’s comments, nothing in their study proves that vaccines are safe for use during pregnancy. When the courts ordered the FDA to release more Pfizer trial documents, they revealed that of the 32 “known” pregnancies in the first 90 days of the vaccines’ rollout, 28 resulted in fetal death.

4. Attack or demean those who disagree with their point of view

Rather than compete or entertain opposing opinions, authoritarians find it easier to verbally eviscerate their competition. Here are 3 examples:

Name calling works because it is a virulent form of abuse. Studies show name calling erodes self-confidence, can hurt a person’s sense of self, and even cause them to question their own beliefs and values. These terms are used regularly by politicians and media to discredit dissenters and bully them into compliance.

5. Spread on-going fear to move people to their desired course of action.

Prolonged fear is the desired result of an effective disinformation and propaganda campaign. People naturally want the pain of fear to go away. Promises of a solution to that fear often require surrendering personal freedom while the government aggregates more power.

The UN’s goals sound reasonable (reduce poverty, ensure healthy lives, etc.), but require a massive concentration of power in the hands of a few decision makers. This is all to resolve a problem many scientists agree does not exist.

Most of Fauci’s fearful projections may be for no reason. The CDC’s own data shows just 66% of the US is fully vaccinated yet cases continue to drop.

We also know the vaccine’s effectiveness quickly wanes and even third boosters have a short beneficial life. There is doubt about how much, if any protection is left for most vaccinees. Natural immunity may play a bigger role in COVID reduction than the government admits. Meanwhile the observed adverse effects of myocarditis, pericarditis, hepatitis in children, and sudden athlete deaths following vaccination remain. Until more autopsies are performed to eliminate the vaccine injuries as the cause, it may be that limiting vaccine use, ending all mandates, and relying on our own natural immunity are the fastest way to end the pandemic fever.

Disinformation threatens our way of life and our society

We can no longer afford to hope better days will arrive. The pervasive attacks on the truth by our government threaten our values of freedom, opportunity, and national pride. Americans face federally enforced mandates, Sustainable Development Goals that compromise private property, government-established digital currencies that steal control of property and lifestyles, and the loss of medical autonomy to national and global health authorities.

We can survive these attacks if we come together. The government wants us to believe our unvaccinated or unmasked neighbors, people of different races, or of varying sexual preferences are enemies. We are not. We are all freedom loving people who want to advance our lives the way we see fit and with respect to others.

Our common enemy is the authoritarian government that uses disinformation to foster fear and division. These elites are like the arsonist that lights the match then offers to join the bucket brigade to douse the fire they began.

Together we can find the answers, build the friendships, and create the futures that have always made our nation great.

Vaccine rates bomb in under 5 set - Conservative News and Views

[…] Censorship cannot win forever. There is a turning point for truth coming in America and there are signs that point is now. […]