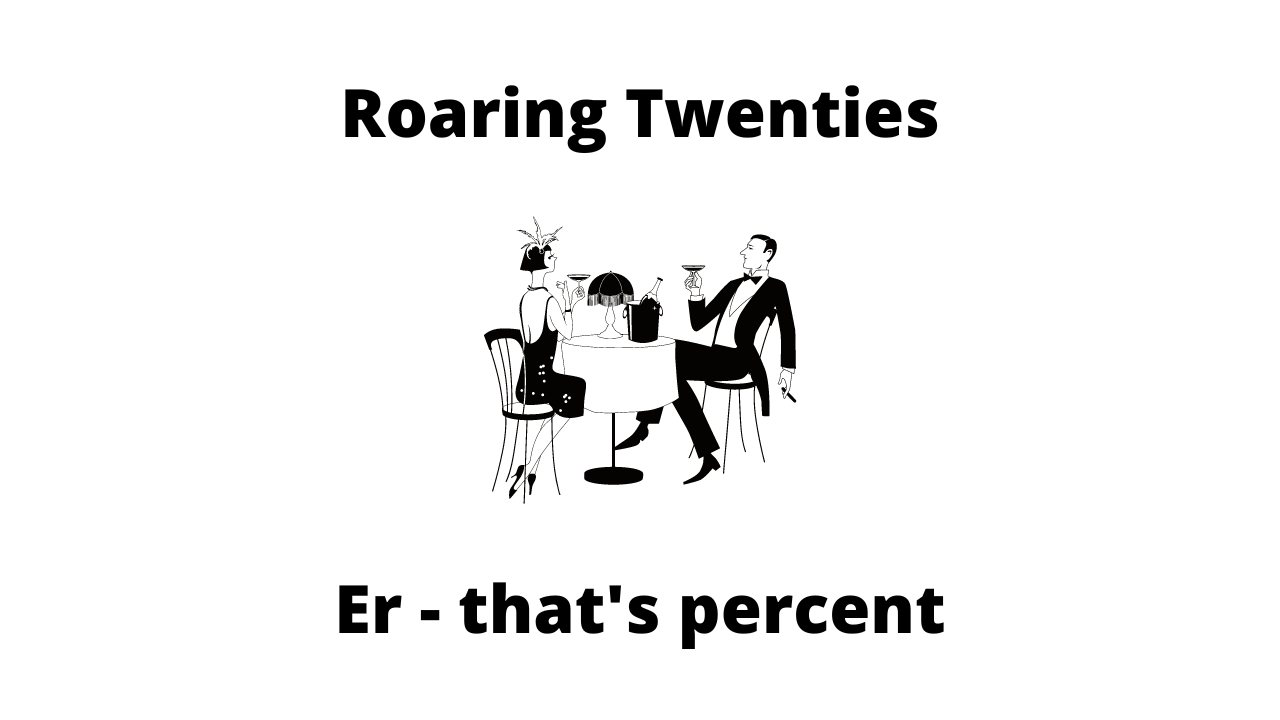 Hello this is Darrell Castle with today’s Castle Report. This is Friday the 22nd day of July in the year of our Lord 2022. I am going to be talking about how polls and other measures of popular acceptability and obvious ineptitude just keep getting worse for Joe Biden and the Democrats as the approval numbers for President Biden threaten the Twenties – thus the title of this report.

Just when it can’t get any worse, it does

I am sure you’ve heard the expression just when you think it can’t get any worse it does. CNN has traditionally been kinder to President Biden than any other Network, even through its polling. But now that seems to have changed. The New York Times is the gate keeper for what the American Media is permitted to say about Democrat politicians. And in a recent article and follow up piece the Times opened the flood gates of criticism of the President.

The Times article said he’s too old, he shuffles, his aides prop him up, etc. you know the story. This article was a directive that it is open season on Joe Biden. And there has been numerous criticism from the Democrat Party’s mouthpieces since then. We can’t win with him, and so we have to let him go. And therefore you are permitted to openly critique him. That’s what the article was saying if one reads between the lines. Even the First Lady appears to have been given the word. So she did an interview where she said he had so many good things in mind, but the current problems got in the way. Stories of his wife and other staffers giving him pills to get through public appearances, etc. have appeared as well.

Biden gets closer to the Roaring Twenties – percent

The scary thing for the Democrats and I argue for the country is that the country seems to be dividing along class lines and the traditional lines of party support have reversed. Those who used to be assumed loyal Democrats are apparently tired of being taken for granted. And they are turning to the Republicans in droves. Let’s look at the most recent CNN survey. It shows President Biden with the lowest approval rating at this point in a presidency, in the survey’s history. It is a rating that is edging ever closer to the Roaring Twenties

President Biden has his problems as did President Carter with the Iran hostage issue and double-digit inflation left over from the Vietnam War and the Great Society Programs. But Biden has sunk lower in the CNN poll than Carter. President Carter’s approval rate at this point was 42% according to CNN. But President Biden is at 38%. Keep in mind that this poll is from the very generous and friendly polling services of CNN.

Biden hits the Roaring Twenties skids on his own

President Biden has no Mueller investigation and no Iran hostage situation to grease the skids to the bottom. So he has had to rely on his own efforts to get there. Just on a brief inventory, he has taken a booming economy and turned in two successive quarters of negative growth meeting the classic definition of recession. Spending and giveaway stimulus in response to COVID and other federal boondoggles helped inflation to explode. It is now calculated at 9.1% and no relief is in sight. His disastrous retreat from Afghanistan left behind almost $100 billion of high-tech weapons for the Taliban and caused the deaths of 13 Americans while abandoning many others.

He promised to turn Saudi Arabia into a pariah during his campaign. But there he was fist bumping the crown prince. Personally, I would never have promised to turn any nation into a pariah. That kind of rhetoric can do nothing useful except perhaps energize some of your base. And if elected, you just might need something that country is selling, like Oil. I almost forgot to mention that he inherited a country which was completely energy independent. America was a net exporter of energy and did not have to go to ideological enemies with its hat in its hand. He quickly turned that into a country completely dependent on the good will or avarice depending on the circumstance of others.

Biting the hand that feeds America

He then imposed economic sanctions on many of the others including Russia where much of the energy necessary in this world comes from if American production is shut down. My listeners can correct me, but I know of no foreign policy successes from the Biden Presidency. He has bound our hands behind our back, he is bankrupting our businesses, and our citizens and obviously I am not the only one to notice these things. Most importantly, he appears to be in severe cognitive decline and that must also be apparent to other countries. They see this man and they know he is no threat, and he cannot act. Russia, Iran, and China are establishing bases right in our hemisphere, Venezuela, Nicaragua, and of course Cuba are all hosting and forward staging troops and weapons from our enemies or those we have intentionally made enemies of.

According to CNN, just 31% say that Biden has the right priorities. Working people have to get to work, by definition. So telling them to buy a $75 thousand electric car if they can find one, which needs a new $14 thousand battery every 70,000 miles does not endear him to working people. Neither does soaring food prices. When they learn he is forcing this on us intentionally he really provokes outrage. His border policies or lack of policies may be designed to appeal to Hispanics but has had the opposite effect. Hispanics are turning from Democrats across the country.

When people are hungry and they can’t buy gas, their thoughts are not on climate change, or even abortion. Instead, their thoughts are on feeding their families and having some degree of hope for the future. This fact is true across most demographics as Democrat candidates are learning the hard way. The breakdowns across demographic lines must be terribly discouraging for those who have taken working class people for granted for so many years.

From the CNN survey:

Now let’s look at the demographic breakdown with the question of job approval:

Absolutely atrocious numbers. But for some reason African Americans, who have been hurt as badly as any group, are still above water with him. The average approval of 57% is far down from the usual 90% approval for Democrats.

The college kids prop him up from the Roaring Twenties

Where then does his strength come from if anywhere? From college educated white liberals and, although the numbers are falling, from African Americans. Who is turning from him in record numbers? Working people who have not had the benefit of college indoctrination and especially Hispanics. People of Hispanic descent are quite often pro-life because they are Catholic or at least from that tradition. They work for a living, and they have families. Polls also show repeatedly that they don’t even approve of his open border policy.

Working class voters and Hispanic voters are polling very similarly on issues that are normally high on the progressive list. And the polls are not in the Democrats favor. Echelon polling service did polls by asking four questions, but for brevity I will give you three of them.

Second question, racism is built into our society, including into its policies and institutions vs racism comes from individuals who hold racist views. Progressives say America is racist 94-6 while Hispanics are opposite 58-36 as are working class voters 57-33.

The best example of Hispanics rejecting the Democrat agenda is Mayra Flores elected to congress in a special election in a long-term Democrat district in South Texas. Her opponent in the November regular election, Vicente Gonzalez has admitted paying a blogger to print racist and sexist ads about her referring to her as “Miss Frijoles and Miss Enchiladas.” Many of his comments were too vile and sexual to mention here. Gonzalez offered a half-hearted apology and tried to deny knowing about the content although he had previously admitted hiring the blogger. She responded by telling him he should apologize then resign.

George Soros to the rescue

Democrats and their globalist allies are not going to allow Hispanic Americans to escape so easily though. From The New York Post:

A major effort by Democrats to recover lost ground among Hispanics by purchasing Spanish-language radio stations is stirring up opposition in Miami, where Cuban exiles describe it as an attempt to stifle conservative voices.

The Latino Media Network is buying 18 radio stations in 10 U.S. cities where the largest number of Hispanic listeners live.

The media group has raised $80 million from high-profile investors but the debt is financed by Lakestar Finance LLC, a company affiliated with globalist George Soros. Republicans in Florida have been critical and are undoubtedly concerned about losing the largest and most popular Spanish language station known as Radio Mambi. Democrats raise the issue of disinformation and point to their dissatisfaction with the way Mambi reported on the January 6th incident. In other words, if you do not agree with me, I will find some way to shut you up. The conservative hosts of the Spanish speaking stations are either being let go or forced out in some other way. The ones who don’t care take the Soros money.

Its really a shame about Radio Mambi though. It was formed during the Reagan years with some federal help at a time when Reagan was trying to win the cold war and we know the result of his anti-communist efforts. Mambi still gets federal funding to broadcast its shows into Cuba for 1 hour after midnight each morning. Cuba tries to jam the signal so the battle continues. But now I wonder if the Cuban Communists will be as averse to the Soros message.

The group still must file with the FCC to transfer the license but with a Democrat run FCC that should not be a problem. There will be a public comment period where, hopefully, all those Cubans who escaped Castro’s paradise will voice their opinions. Should the sale be approved, it will become final and official in late 2023. Owned by the Communists or owned by a Soros financed political party, they might not see much of a difference.

Finally, folks, it appears that everything this administration has touched has been an abject failure. In Democrat eyes the failure is that Biden is so bad he might keep them form holding on to power. To prevent that, they must remove him somehow. But as Victor Davis Hanson said, “removing an inept messenger does not change a disastrous message.”

When one intentionally work to destroy freedom and prosperity approval is going to go down.