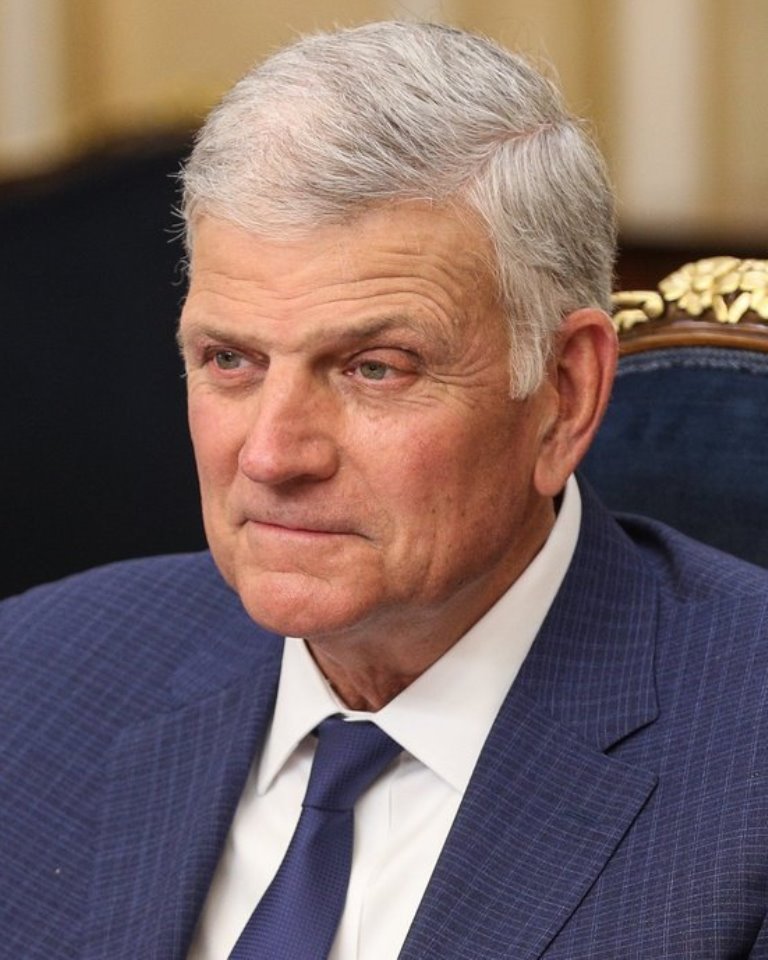 Woe unto you, when all men shall speak well of you! for so did their fathers to the false prophets.

Franklin Graham, like his father before him, does not act righteously

For years now, I have observed the Grahams, both Billy and his son Franklin and Billy’s grandson, I have to say that there is no doubt in my mind that they are controlled opposition.

They are installed by the corrupt in hopes that the people look to them as the standard by which Christians must live their lives (1 Kings 13:33).

They have stood by every president since the 1950s and upheld their position regardless of whether or not it is godly (Ezekiel 44:23).

They are also the first ones called up by the mainstream media when they need some religious support from their friends in the Graham’s camp.

How they are loved by the world (John 15:19), held in high esteem and praised and adored by the wicked

That which is highly esteemed among men is an abomination in the sight of God. -Luke 16:15

The Grahams have had the opportunity to publicly denounce the crimes against Heaven and against our laws in which the corrupt have advocated and yet, they say and do nothing but advocate prayer without works (James 2:14-26).

Apparently, men have forgotten that they are not only responsible for what they say but also what it is that they do not say (Matthew 12:36)!

In the case of the Grahams, it is interesting what they will say.

Apologizing for Biden – and the vaccine

Yesterday President Joe Biden tripped and fell going up the steps to board Air Force One. While some may be making fun of this incident, it should instead be a pointed reminder to all of us that we need to pray for this man. Whether you voted for him or not, and whether we agree with him or not, this is our president. We need to be praying every day for God to help him, to reveal His truth to him, and to work in his life. The Bible tells us to pray for “all who are in authority” that we may lead quiet and peaceful lives. Make no mistake—amazing things happen when we pray.

Of the vaccine, Franklin stated:

Franklin Graham says that not only does he believe his father Billy Graham would have received and advocated for the COVID-19 vaccine, but that he believes Jesus would have, too.
Franklin, the son of evangelist Billy Graham, made the comments in an interview with ABC News.

“I would hope that the pastors in the pulpit would tell people how they can be saved from God’s judgment,” says Franklin. “I think for a pastor to tell someone not to take the vaccine is problematic because what would happen if that person got coronavirus and died?”

Homosexuality is not a sin. It is scripturally called an abomination (Leviticus 18:22)!

In conclusion: For the record, the Grahams are NOT the standard. Jesus Christ is the standard (John 14:6)!

Let’s get this right and get on the offensive rather than capitulating and holding to the defensive (Proverbs 28:1).

This portrait of Franklin Graham comes from the web site of the Federation Council of the Russian Federation Federal Assembly. They have licensed it under the Creative Commons Attribution 4.0 International License.