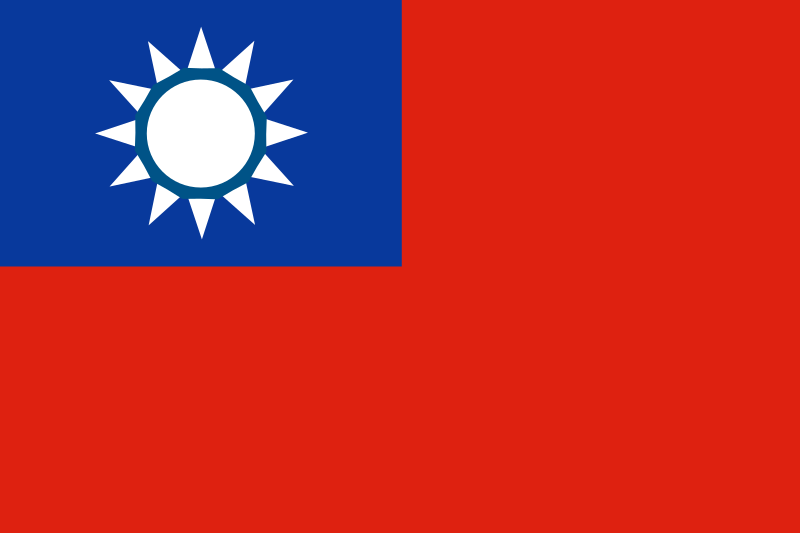 Hello this is Darrell Castle with today’s Castle Report. This is Friday the 5th day of August in the year of our Lord 2022. So on today’s report I will be talking about the Island known as Taiwan. (Except to China where it is known as China.) Specifically, I will offer a few thoughts on House Speaker Nancy Pelosi’s recent visit to Taiwan.

Nancy Pelosi goes to Taiwan – why is it important?

Why is Nancy Pelosi’s visit to Taiwan such a big deal? After all she is not the first member of congress to visit that nation. She is, however, a duly elected official of the United States as well as second behind Vice President Kamala Harris, in line for the presidency of the United States. I suppose that makes her visit very important to the Chinese. It is akin to a state visit to what they consider to be part of their sovereign territory.

All that was well known to the speaker of the house of representatives before she planned her trip. But she did it anyway. The president said he thought it was not a good idea and so did the secretary of defense. But she went anyway. Why, what did the trip accomplish, and how did it properly represent her constituents in San Francisco? The U.S. claims that since the speaker represents the legislative branch, and the executive branch handles diplomacy and is empowered to determine U.S. foreign policy that her trip was therefore insignificant.

How important Taiwan is to the Chinese

I’m pretty sure the Chinese don’t understand or accept such distinctions. They probably don’t accept the idea that the trip was not endorsed by the president and I’m certain that to them its all part of a pre-arranged plan. China’s outrage, either genuine or also concocted, was made very clear. Some in the Chinese military threatened to shoot down her plane, but fortunately cooler heads prevailed. It seems that the Chinese do not want to provoke a full-scale war with the United States, at least not yet.

The history of this conflict goes back to the end of World War ll. Then, the forces of Mao chased Chiang Kai-Shek to what was then called Formosa. Chiang established a Chinese government in exile. Meanwhile Mao ran China and claimed the island of Taiwan as sovereign Chinese territory. War clouds have appeared over the island ever since and it constantly threatens the world with war today. The U.S. has always walked a line between recognition of Taiwan independence and admitting it is part of China.

The diplomacy was worked out between Nixon, Kissinger, and the Chinese when Nixon “opened” China with his visit in 1974. Basically, both sides agreed to coexist and ignore the elephant in the room. The U.S. would not recognize Taiwan independence and the Chinese would not attempt to take Taiwan by force. The position of the U.S. regarding an attempted invasion by China would remain deliberately unclear and obscure so that they would never know until it happened. Would the U.S. defend Taiwan militarily or not, no one knew for sure?

All that changed with a recent trip by President Biden to Japan. When asked by a reporter if the U.S. would defend Taiwan he said yes, that’s our commitment. That, of Course, has never been our commitment, but such gaffes or deliberate statements sometimes lead toward world war. The Chinese were probably amazed at the statement, and it undoubtedly accounted for some of the fiery rhetoric and threats about the trip.

The Chinese military strength continues to grow and with that growth comes increasingly aggressive threats and efforts to expand in the Pacific. So far, the disputes have involved fishing rights, coastal islands, and disputed territorial waters but it remains a very dangerous situation and that’s why this trip was ill conceived in my mind. Once she announced the trip she had to go despite the Chinese threats, but more importantly because of them. We can’t have the United States backing down in the face of Chinese threats and we can’t have the Chinese deciding where U.S. officials can visit. On the other hand, the trip was incredibly pointless and an unnecessary provocation, for no known reason. One might invent reasons to explain it, but there is certainly no obvious diplomatic advantage to the trip, only the provocative one.

It’s true that many members of the congress and senate have visited Taiwan before including some earlier this year. When Newt Gingrich was speaker, he visited in 1997. But that was all before President Biden removed the veil from the U.S, intentions. The result is that everything is different now especially to the Chinese. Nancy Pelosi said upon her return to the U.S. that the Chinese visceral reaction was because of sexism. As ridiculous as it sounds, she did indeed take advantage of the opportunity to play the victim one more time.

How provocative could she have been?

The Speaker of the House of Representatives goes to Taiwan over the expressed wishes of the President and Secretary of Defense and announces upon landing in what China considers to be China,

Our visit reiterates that America stands with Taiwan: a robust, vibrant democracy and our important partner in the Indo-Pacific.

To the Chinese she just said my visit means that we are taking part of your territory and there’s nothing you can do about it.

There are, however, several things the Chinese could do about it, discounting the possibility of invasion or direct military conflict. The first thing they did was to summon the U.S. ambassador which is a serious diplomatic maneuver and a warning that diplomatic relations have been threatened. Reportedly, the Chinese premier Xi said,

The move is extremely egregious in nature and the consequences are extremely serious. China will not sit idly by.

China’s military said it was on high alert and would launch a series of targeted military actions in response.

China has since begun military exercises including live fire exercises with the usual intrusions into Taiwanese territorial waters and airspace. The Chinese diplomatic rhetoric emphasized that Taiwan is China’s and would eventually return to China.

Could the PLA invade Taiwan?

A full-scale invasion across the Taiwan Strait would not be easy for China even if it was successful. Whether the U.S. and or Japan would intervene remains an open question, but the Japanese have made it clear that an invasion would threaten their national interests. The Taiwan military is a little old and a little outdated, but it does have missiles capable of striking into mainland China. The invasion then, would cost the lives of thousands of Chinese soldiers and civilians and immediate success would not be assured.

The other choice the Chinese have is a naval and air blockade of Taiwan to subdue the enemy without fighting as per Sun Tzu. A blockade would cut off Taiwan from western arms shipments to resupply and modernize their armed forces. The economy of Taiwan would quickly be perhaps fatally damaged and the military’s ability to resist would be severely damaged. The Chinese Communists would then wait and hope that the morale of the people would succumb and some type of surrender like Hong Kong would be forthcoming.

Speaking of Hong Kong, the United States did not defend Hong Kong or come to its aid when China absorbed it. The people of that City were promised one country two systems, but it quickly became one country and one system, or you can deal with the People’s Liberation Army.

China wants to be the leader of the new world order that stands in opposition to the world order led by the United States since World War ll. The U.S. set out to sanction and de-dollarize certain countries, so they naturally begun to sign up allies and define a new system not controlled by the dollar. China still needs American markets although creating additional chaos for the American economy and especially the supply chain now dependent on China is another option for Chinese protest of the visit.

The fall of Taiwan would be disastrous

The fall of Taiwan would be rather disastrous for western economies because Taiwan controls much of the chip manufacturing upon which western technology depends. Why the U.S. made such a sovereignty destroying move as to offshore its manufacturing to a hostile Communist country and then allow its own chips to be made in Taiwan which is in constant conflict with that country is open to discussion, but it seems self-destructive to me. If a Chinese naval blockade cut off the supply of chips to the U.S. and its western allies, then they would be beholden to the Chinese as Europe is to Russia because of Russian gas. Never mind all the America first rhetoric, doesn’t anyone in authority elected or not even consider what’s in the best interest of America and the American people anymore.

The U.S. Senate is considering Senate Bill 4428 defined as the effort to support the security of Taiwan and its right of self-determination, and for other purposes. The heart of the bill is to transfer $6.5 billion in foreign military financing for Taiwan over the next four years. It would also designate Taiwan a major non-NATO ally which means we give them weapons, but we have no mutual defense commitment. So, I suppose that is what standing with Taiwan means. Once again, we will fight to the last drop of Taiwanese blood.

The inmates have taken charge of the asylum

This is complete madness and once again indicates that this world is run by lunatics. What is the strategic interest of the United States in this dispute that would make it go to war or risk war with China? Its all madness, but it bodes ill for Taiwan. The Chinese Premier, after all his bluster and rhetoric has been humiliated and he can’t let that go without a response, so we wait for that. Taiwan is the loser, however, and it is plausible to think that China will use the Biden presidency to move against it.

Finally, folks, war with China is just one mistake, one collision at sea, one nervous ship’s captain away. My fear is that some F-14 pilot, or some Chinese pilot will fire a missile at the wrong target or some collision at sea will set it off, and the missiles will fly. Then all the bluster and all the harsh words can’t recall them. The best explanation for the trip might just be to take the focus of the American people away from what Lenin referred to as grinding them between the millstones of taxes and inflation and put it on a perceived foreign enemy. There have always been plenty of people willing to trade the lives of young Americans for election success.