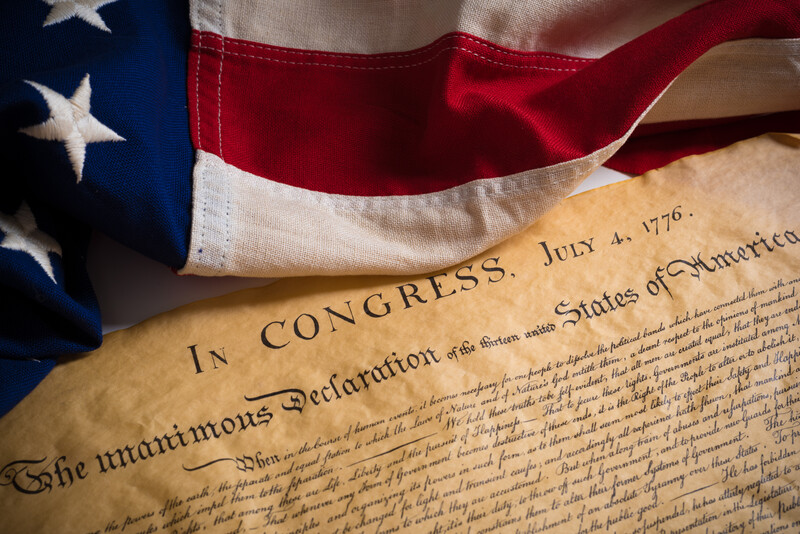 Hello this is Darrell Castle with today’s Castle Report. This is Friday the 12th day of August in the year of our Lord 2022. I will be talking about the so-called Inflation Reduction Act passed this week by a dead locked Senate 50-50 with Vice President Harris casting the deciding vote. The bill is expected to pass the House as early as today.

Government contempt for the people

This bill makes my blood boil when I read it or when I even consider it because it is reflective of a government that no longer feels the need to hide its contempt for the average working American. This bill is evidence of the nation’s continuing ruin by design and by incompetence. We are expected to believe that spending three quarters of a trillion dollars in the teeth of inflation approaching double digits will somehow reduce inflation.

The officials of this government talk a lot about taxing the rich, but apparently, they could not find enough of them to cover this monstrosity. So they have to go into your pockets and the pockets of every small business in America. They plan to do that by spending 80$ billion to hire 87,000 new IRS agents to harass and audit ordinary people who just want to make a living and feed their families.

Abuses and usurpations 1: a tax agency larger than any other agency

The IRS will now be the largest government agency outside the military. The FBI, for example, has 35,000 employees many of which the agency sent to raid the home of a former president to further Democrat persecution of him, and to continue our descent into third world junta status. The state department has 23, 000, but the IRS will now have 165,000 employees. The Congressional Budget Office found that the hiring of 87,000 new agents to harass and persecute average Americans would result in $200 billion of additional revenue over the next decade. More that half of the rest of the bill is devoted to enforcement.

To reduce inflation, reduce demand – so take money away

One of the theories of how to reduce inflation is to reduce demand. In other words, make things so expensive people stop spending and also take money from them so they can’t spend. This bill certainly intends to do that as it contains no middle-class safeguards and will hurt the middle class more than any other group. Retailors should be concerned as well since there will, by design, be far fewer people who can afford to shop.

Yes, this is a Marxist and Orwellian nightmare rolled into one bill. It is the formula Lenin devised to destroy the bourgeoisie. He said the best way to do that would be to grind them between the millstones of taxes and inflation and that is exactly what this bill does. So, the globalist, world improvers, the wise ones who are the only ones capable of running and controlling this entire world got at least a cut down version of what they wanted. It is a small cut-down version of Biden’s original build back better idea.

Abuses and usurpations 2: they don’t work for you

You may pay their salaries, but no one in Washington works for you. Chuck Schumer, Mitch McConnell and all the rest don’t work for you. None of them work for the “little man” the “working man” because they all work for a group of globalists whose reason for existing is to destroy your country, your life, and your family’s future. That is who the people you elect each cycle and those they hire and appoint work for. They want everyone taxed at a solid rate and then they want 100% compliance by way of central bank digital currencies where there can be no escape from their surveillance.

The Orwellian part of it is that words don’t mean anything except what the Democrats tell us they mean. A recession is no longer a recession as the White House is free to change the meaning. We are told that Putin’s Price Hike caused it, but a massive spending bill will cure it despite Putin. Inflation is caused at least primarily caused by excess Federal Reserve money creation and this bill would authorize the spending of $750 billion new dollars then try to twist much of that money back out of the hands of working Americans.

The 755-page bill includes $430 billion to combat climate change and extend health care coverage, paid for with savings on prescription drugs and taxes on corporations. Hundreds of billions to change the weather, so, we will see. Will our weather improve, highly unlikely. What about inflation and deficit reduction, not a chance. Like most boondoggles this one has the spending front loaded while the deficit and inflation fighting part is all on the back end which means it never happens.

Climate change is a good one though. Practically every bad thing or unpleasant thing that happens can and is blamed on climate change. Too hot, too cold, too much rain, not enough rain, all give a wicked government access to the people’s pocket. Remember the old Mark Twain joke: everybody complains about the weather, but nobody does anything about it, well now Democrats have one upped Mr. Twain because they are going to spend until they improve the weather.

Abuses and usurpations 3: redistribution of wealth

This is all just a not so clever ruse for an attack on the middle class to remove wealth for redistribution thus breaking and destroying the middle class. Just two classes will exist when these people have their way, the extremely rich and the extremely poor. First, taxes will reduce available money and that coupled with inflation will cause people to incur unpayable debt, and then further reduce them with interest. Inflation will eat up anything left over but they still have the barter market or a kind of underground market. That will be destroyed through the Central Bank Digital Currencies thus will the middle class implode.

There was an effort made last minute in the debate on this bill to save the working poor and middle class, but it failed. The amendment to the bill would have limited the 87,000 new IRS agents to auditing companies and individuals with income of $400,000 or more failed 50-50 with Vice President Harris voting. While a candidate, Joe Biden famously pledged not to raise taxes on anyone making less than $400,000, but nevertheless, this bill will increase taxes for most people.

It is the attacking instructions given the IRS that should scare people. This is a new IRS that the Wall Street Journal referred to as beast mode. More than half of the remaining money after $80 billion given to the new IRS will go to enforcement. The IRS is literally arming up as well. Thousands of weapons and millions of rounds of ammunition will be in the hands of the agents of the IRS. Yes, the people who determine the direction of this government looked around at the train wreck and concluded that what is really needed is 87,000 new, armed IRS agents.

Throughout history from the Roman Empire, various Chinese Dynasties, the British and French Empires when in decline sent armies of tax collectors to harass citizens and steal their wealth. Ruthless tax collecting is a hallmark of a nation in decline. This is perfectly in line with this crumbling nation now 31 trillion in debt. The ruling class squander the wealth of the nation then seek to save their skins by extracting it from the people. This is a time when we desperately need innovation and focus but this new army of tax collectors is just what this country does not need if it is ever going to recover. We should be focused on making the pie bigger for everyone, but no, we have to spend our time in minutia and looking for receipts to avoid the government man.

It all adds up to more abuses and usurpations

As I said earlier this Bill makes my blood boil at the utter in your face, we don’t care what you the people think about it, nature of the thing. The Democrat ministry of propaganda better known as the media won’t do anything but sing its praises, but I doubt if any have read the 777 pages. After all even Joe Biden admits he doesn’t know what’s in the bill. This bill which will drive another nail in the coffin of what was once a free economy and will actually increase inflation is a mystery to the president. Earlier this week while speaking to flood victims in Kentucky he said in reference to the bill: “We passed yesterday, taking care of everything from health care to God knows what else.” Here are some things that only God knows are in the bill.

Corporate welfare to green energy including $7000 subsidy for purchasing Electric Vehicles. After all the gimmicks are totaled up the bill will increase the deficit, the debt, and inflation. The IRS empowered and weaponized to attack middle class Americans. Lots of wind and solar power subsidies to bolster their Chinese manufacturers. $8.45 billion for environmental justice in agriculture. I don’t know yet if that is newspeak for stop growing food. $3 billion for the department of Transportation to address racism in infrastructure. The list goes on and on to cover most of the Democrat vote buying wish list.

In conclusion I have a theory about what is happening in the United States right now. My theory is that we are in a status the military refers to as low intensity conflict defined as warfare falling below the standard of the use of military weapons. When countries engage in low intensity conflict, they use their propaganda tools to spread disinformation among the enemy. They weaponize the various organs of government against their enemies. In our case an example would be the corruption of the IRS starting at least under Obama when Director Lois Lerner used the IRS to attack conservative groups on through what we are seeing today.

The FBI, once the most trusted organization, is now one of the most corrupt. The leadership of the FBI is totally corrupt ordering and allowing itself to be weaponized to invent phony Russia gate investigations while ignoring real enemies. Terrorists burn cities but the FBI is busy raiding the home of a former President. The FBI comes under the authority of the Department of Justice which means that the Attorney General is head of that agency. The American people, according to poll after poll, know their government and its agencies are totally corrupt. It is a sad day indeed when I conclude that the federal government in general, but specifically its army of investigative agents cannot be trusted and in fact they are enemies of the light.

We get the message

Finally, folks, they are indeed enemies of the light, and they flee from it like roaches. The FBI raid on Trump’s home was intended to send a message and indeed it did. We get the message Mr. Garland loud and clear, and we will not forget.

This low intensity conflict is civil war as we struggle for what’s left of a once free country. This raid is clear evidence of the threat we face from a government that weaponizes its power against political opponents. This cannot be allowed to stand if we are to at least pretend we are still free.

Rep. Cheney lashes out at GOP colleagues for ‘attacking the integrity of the FBI’ after Mar-a-Lago raid