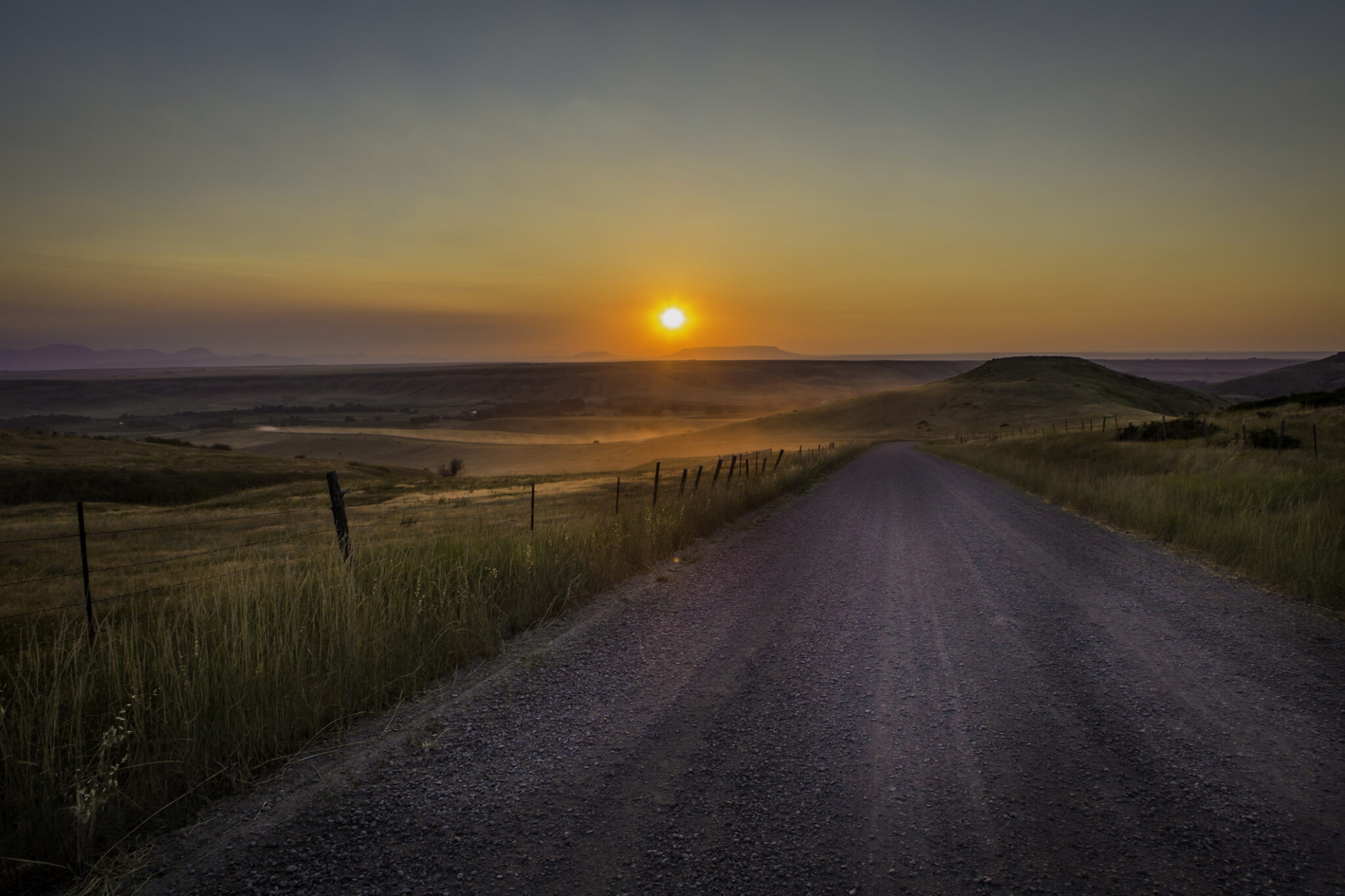 The daily assaults on America’s culture can make it hard to find hope. Attacks on our monetary system, the imprisonment of political dissenters, the DOJ’s vendetta against Trump and anyone pro-America, Soviet style censorship, and the attempted gender modifications of our children seem too much like world control is here.

Yet, every issue we face is the result of a single problem. When we recognize, solve, and attack that, we can restore the nation we love. Let me explain.

The biggest threat to America

Brannon Howse is a researcher and filmmaker who released Part 2 of his 3-part series, “Brainwashed America.” In it he notes that Americans have been under propaganda attacks for decades. Howse has been labeled a “conspiracy theorist,” “right-wing nutter,” and so forth. What he really is, is someone who studies the past and sees today through connected historical events.

Propaganda is the single greatest threat American’s face today. Without it, there would be no Great Reset.

The purpose of propaganda, according to psychologist Jacque Ellul, is to get people to act “even when against their own interests.” Climate change and the pandemic have proven that true.

The goal of today’s globalists is the total control of the individual, group, society, and their culture. While that goals sounds impossible, it is surprisingly simple.

By using propaganda to transform people’s values and beliefs, their world view is altered. They then change their actions to be in synch with their adopted concept of how the world works.

For example. The rugged individualism that won our nation, must be replaced with community consensus because individualism is selfish and racist.

The threat to America’s children

Nowhere is the worldview transformation more evident than with our children.

Science, with rare exceptions, has universally recognized two sexes. Today children are taught gender and sex are distinct and you can be whatever sex you chose. “Gender affirmation” requires that if a 7-year-old boy says he is a girl, then we must change his name to a girl’s name, offer praise and recognition, and begin using “her” chosen pronouns.

Once people accept the worldview that gender and sex are disconnected, and that gender affirmation is a childhood entitlement, the globalists’ move closer to their dystopian goals.

Political propaganda is dishonesty that hides behind masks with kernels of truth. Even though there are times when the community interests must trump individual rights; and there can technically be more that two sexes, those exceptions are rare. The elite supersize the exceptions to leave the impression they represent the whole.

Howse shows how most Americans have been subjected to propaganda masquerading as legitimate causes. Here are a few examples:

Blowing sometimes-legitimate issues out of proportion

Racism, Climate Change, and Gender equality are at times issues, but not to the degree the left presents. Lies, bullying, shaming, and manipulation are used to convince people to follow the consensus that these are fundamental flaws in our culture.

The formula for totalitarian takeover has never changed, from Stalinist Russia and Hitler’s Germany, to Cuba, Venezuela, and now America. These masquerades are used to create division and chaos. The chaos induces fear which is followed by surrender of formerly held beliefs and values. When their values change, peoples’ behavior changes to accommodate the elite’s goals.

When you consider millions of Americans donned ineffective masks, accepted dangerous vaccines, succumbed to lockdowns, shut businesses, and wrecked the economy, it would seem the elites have won spectacularly.

Why America will win

Propaganda depends on the nearly unbroken repetition of a narrative that penetrates susceptible groups who repeat it until the lie takes on the illusion of universal truth. The massive energy we see devoted to censorship, bullying, canceling, and physical force is for the sole purpose of protecting the ‘unbroken repetition.’

When the repetition collapses, the message weakens. When it is broadly recognized as false, the narrative crumbles and the narrators are discredited.

Propagandists fear two forces above all others. 1. Brave people who know and speak the truth, and 2. networks of people who successfully communicate that truth to large swaths of community members.

As you will see the left is losing on both fronts.

Propagandists are afraid of anyone who sees through the narrative and popularizes the truth. But frightened people overplay their hands, making them easier to expose.

When aggressors overplay their hands to stifle transparency, even more people see through their deceptions.

Through government collusion with social media giants and the legacy media; through the emergence of phony fact-checkers, and riding on the former reputations of federal agencies, elites have pounded their official narratives on climate change, and vaccines to drown the truth in a tsunami of propaganda.

Still the truth is getting through to Americans.

The elites are using technology to spy on citizens, censor information, arrest dissenters, limit travel, control energy, manage lifestyles, and compromise elections. Advanced techniques will soon allow them to control your expenditures, dictate your personal health decisions, and manage where and how you live.

But elites are not the only ones with access to technology.

Propaganda fails when large groups of community members ignore the messages of fear.

Despite the hype you hear in the media and from the CDC, the jabs are now almost dead in the water:

Rise of the decentralized heroes

Ori Branfman spent 5 years researching how small, decentralized entities often defeat larger centralized forces. Their resulting book, The Starfish and the Spider is aimed at corporate structures but has its foundation in warfare.

For example, the Spanish war machine seemed invincible in the New World. In 1521 Hernando Cortez killed Montezuma and destroyed the sophisticated Aztec empire that had existed since centuries before Christ. Eleven year later, Francisco Pizarro captured the Inca leader, Atahuallpa in Peru and replaced him with a Spanish puppet leader.

But when Spain entered what is today known as New Mexico, the “primitive” Apaches gained control of the territory and held off the Spanish for more than 200 years.

Branfman explains the Spaniards succeeded partly because they attacked well-organized groups that toppled when their leadership fell. Apaches persevered because they did not have centralized societies. Instead of a single head, like Montezuma, they had spiritual and cultural leaders called Nant’ans who lead by doing. When Geronimo (a Nant’an) took up the fight, those around him followed because they chose to follow. If a Nant’an was defeated, another rose and continued. (Starting to sound familiar?)

Since individuals had the power, and there was no central capital or command post to attack, the Spaniards were at a loss to defeat the Apache nation. When one group was attacked, they broke into smaller groups that would then gain followers and strike back in a different place.

Radical globalists see Trump and his close network as the head of the MAGA movement that once destroyed will neuter its followers.

But their autocratic moves to discredit and disable them only expose their own corruption and ignite the movement they want to destroy. Even if they should eliminate Trump, the America First movement is so decentralized with its own rising leaders that little will change. Ron DeSantis, Kari Lake, Kristi Noem, Ron Johnson, Jim Jordan, Marjorie Taylor Greene, are just a few leaders who will rise and that is not even digging into the deep “basket” whose local names you may not yet know, but who are exercising the same passion for truth, intense love of freedom, dedication to families and children, to our courage, forthrightness.

While many factors dictate whether we will win our cultural war, a diverse, decentralized structure like the America First patriots speaking boldly and sharing their message in every community keeps power-centric elites up at night facing the reality that they just might fail.

What you can do to help America win

Address the forces propagandists fear most.

America must keep the truth alive

In his book, One Day in the Life of Ivan Denisovich, Alexander Solzhenitsyn, for the first time, exposed the truth of life in communist labor camps. The world was stunned; and it was the beginning of the fall of Communist rule. When he won the 1970 Nobel Prize for Literature Solzhenitsyn declared, “One word of truth shall outweigh the whole world”.

The most important act we can do today is to keep the truth alive.

1 Do not confuse this with the American Academy of Pediatrics, which is an arm of conventional medicine. See also the Association of American Physicians and Surgeons and America’s Frontline Doctors.

Hurricane Ian hits Southwest Florida as one of strongest on record

The world is run by lunatics