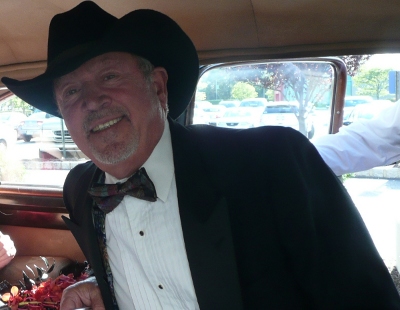 The lead plaintiff in the most comprehensive lawsuit against the healthcare-reform bill reiterated today that Barack Obama has just disqualified himself as President by releasing a purported birth certificate plainly showing that his father was an alien. And several century-old sources appear to support him.

Nicholas E. Purpura, lead plaintiff in Purpura v. Sebelius, said that the document contains a key disqualifying statement: it lists Obama’s father, Barack H. Obama Senior, and gives the father’s birthplace as “Kenya, East Africa.” That one fact, says Purpura, says that Obama was and is a dual citizen and not a natural-born citizen within the meaning of Article II, Section 5 of the US Constitution.

As if that were not a sufficient disqualifier, Purpura cited Obama’s autobiography, Dreams of My Father. In that work, Obama (or William Ayers writing for Obama) says:

I am a dual citizen.

He’s just disqualified himself, right there. He is not authorized, nor was he ever authorized, to sign the healthcare law or any other law!

As observers continue to challenge the released long-form birth certificate as inauthentic, Purpura urged people to ignore such questions and concentrate on other issues. These issues include Obama’s parentage as the actual disqualifier, and more to the point, Obama’s political, economic, social, cultural, and foreign policies, which he says are destroying the country. When this reporter asked him whether Obama might have deliberately released a document that would lay itself open to challenge, Purpura emphatically agreed that Obama might have done exactly that, in order to distract people.

I predicted multiple times that President Obama would produce the original long form birth certificate when it best served him to do so. Today that prophecy was fulfilled. I have always maintained that the birth certificate issue was a red herring smoke screen protecting Obama from facing the true issue of his ineligibility–dual nationality.

Donofrio suggested that Obama acted deliberately to obscure the issue of his dual citizenship:

The BC was a conspiracy theory. The dual nationality issue is a legal question. Obama always controlled the issue of whether or not he would produce the BC. But the legal issue was never under his control. So he exercised as much control over it as possible by allowing the birth certificate to fester casting a huge shadow over his dual allegiance. Well played, sir.

In March of 2011, Donofrio specifically cited the New York Herald-Tribune (1896), the Boston Globe (1896), and the minutes of the House of Representatives (1872) as stating specifically that the phrase natural-born citizen means one born in-country to two citizen parents. Donofrio dwelt at length on the matter of President Chester A. Arthur, who he says carefully concealed his status as the native-born son of British subjects, not American citizens. The 1896 articles refer to a minor-party candidate from the Socialist Labor Party; that candidate was born in-country to two German immigrants shortly after their ship came into New York Harbor. Because the public did not know of Arthur’s dual citizenship at the time, his case cannot be dispositive for showing that “natural-born citizen” is strictly a matter of one’s birthplace.

Donofrio also suggested that Arthur’s “deception” taints the landmark case of US v. Wong Kim Ark (involving recognition of a native-born person as a citizen because his parents were lawful residents, however temporary, when he was born). The reason: Arthur appointed Chief Justice Horace Gray, who wrote the Wong Kim Ark decision.

That decision appears, perhaps, to have been an attempt to protect Gray’s robe since Gray might have been removed from the bench had Arthur’s status as a British subject become known prior to the Wong Kim Ark decision. (Should this issue ever reach the Supreme Court as to Obama, both [Justices Sonia] Sotomayor and [Elena] Kagan would have an ethical responsibility to recuse themselves.)

Purpura and co-plaintiff Donald R. Laster Jr have also said that Sotomayor and Kagan would have to recuse themselves from any hearing of their case, because they raise the dual-citizenship issue directly in Count 6 of their complaint.

At this point, it is a waste of time to worry about his citizenship. The next election cannot be fought on this.
Most people’s eyes will glaze over if this birther stuff does not stop. Obama has done enough to disqualify him from being elected that the average voter can understand. Economic issues being the primary battlefront, the birther issue just serves as a smokescreen to take the focus off all the easily proven reasons he should be retired, and actually gives him cover.
I don’t trust Obama one inch, and for all I know, he could actually have not be born in the U.S. BUT….this issue will not defeat him, and it is high time for the birthers to devote their efforts where they will send him back to Chicago.

I concur with David Block. Except that I do think that the birther issue may lead into further investigation of his background but that it will be stalled until after the next election.

Those of us that disagree with Obama, his administration, the statist agenda & the new world order in principle have enough evidences of their corruption, bias’ against and the ruthless disassembling of our beloved US Constitution to vote him out. Among other concerns and fears for the future of our nation as a free & sovereign republic where individual, local and states rights have priority over the bloated federal agenda. Whereas these criminals have run amuck and openly despise the will of most of the US citizens on many fronts. Many who sympathize with the move to retire Obama and his minions as quickly as legally possible, after all we are still a nation of laws that need proper and just execution and review by the corresponding branches of government, as we remember checks and balances, many of us will vote him out in 2012.

Our problem is the suppression of the good, honest, loyal and deserving citizens that are quietly kept out of the behind the scenes deal making political process that goes on between the two left leaning political parties that now claim to serve us. We have observed that the choices between the two are becoming less distinctive and have in effect set us on a course towards the same statist and NWO goals. It is becoming increasingly clear that the managed choices presented to US citizens can almost be distilled down to the question of how fast do we move into tyrranny and slavery and at what price do we give up our autonomous liberties?

There is little time to find, support and lift up the right persons to challenge this evil agenda so that Obama and his minions are dethroned. As for me and my house we will serve no master, no king but Jesus. Our eyes are open, our ears are listening and we are processing the events of our time to the best of our abilities. We need to vet out the true character and agenda of the next President, the next Judge, the next Senator and Congressman and so on. With freedom comes this responsibility. We are searching for someone that we can whole heartedly support in the next election to restore us to sanity. Who is that person and who stands behind him or her?

Failing to effectively challenge Obama with a knowledgable, articulate and righteous alternative will ensure 4 more years to further destroy what we hold dear.

If our elections can’t be fought on the clear candidate eligibility requirement of our Constitution, what use is
the Constitution?

Hung by his own petard. Stop wasting time. get a righteous candidate to oppose him.

I agree that we need a good candidate to oppose Obama. I’d like to know who our readers prefer and why.

I believe the best people to lead our country would be
Ron Paul, Michele Bachmann,or Sarah Palin.
They are Patriots who respect the Constitution, will fight for conservative, traditional values of our country, have executive experience, and are fearless. They have been repeatedly attacked by the liberal media. In Rules for Radicals, Saul Alinsky advises to minimize the opponent through ridicule and convince the public the opponent is stupid, foolish, or incapable. The liberal media has viciously attacked Sarah Palin in an attempt to discredit her. A Paul/Bachmann ticket might be most realistic.
I believe another four years with the Liar-in-Chief would destroy our nation without ability to ever recover. He must not have a second term. Let’s not waste any more time on the birth certificate; it is a distraction as he wrecks havoc on us; it should have been an issue before 2008.

[…] NJ activist: Obama has disqualified himself | Conservative News and Views […]

[…] NJ activist: Obama has disqualified himself | Conservative News and Views […]

There is no section 5 in artical II. Secton I states that a person must be a natural born citien…period. The fact that his father may have been born in Kenya is irrelevant.

That’s Article II, Section 1, Paragraph 5. Besides: I cite chapter and paragraph from Emmerich de Vattel’s Law of Nations that clearly defines “natural-born citizen” as one born in-country to citizen parents. What you have defined is “native-born citizen.” One is a subset of the other, but the two concepts are not identical.