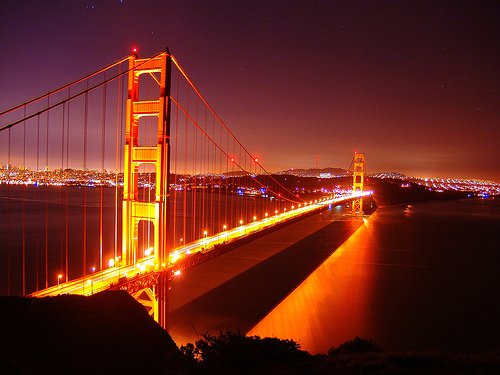 The Obamacare waivers keep coming: 204 in April alone, and a fifth of these for up-scale hotels and restaurants in San Francisco—Pelosi country.

Representative (and ex-Speaker of the House) Nancy Pelosi (D-CA-8) should be ashamed of herself. Of 204 Obamacare waivers granted in April, 38 went to fancy hotels, restaurants, nightclubs, and day spas in Pelosi’s San Francisco district. That’s nearly one in five. Ed Morrissey of HotAir.com counted the Obamacare waivers granted thus far: 1372. This included a waiver for the State of Maine, and four waivers for Blue Cross/Blue Shield plans in four other States, including New Jersey.

The government says that their process is “transparent.” Transparent means that you can see through it. If that word means “we can see right through the government,” then maybe the word fits. But transparent in this case must not mean “you can see clearly who gets waivers, and who doesn’t, and why.” One can guess who will get Obamacare waivers: businesses, States, and especially unions that the government needs to have on its side in the next election, or to shut people up as they protest a healthcare “reform” plan that is both unconstitutional and unworkable.

That a McDonalds or a Horizon Blue Cross or a whole State would get such a waiver is bad enough. When the government grants Obamacare waivers, it admits that Obamacare will never work as it claims. But at least a McDonalds has a good excuse. For years McDonalds has given its mostly part-time workers some form of health insurance—not as much as the government says that everyone ought to have, but better than nothing. If they had to give everyone that much insurance, they’d give up and let the government take care of their workers. Rather than have that, the government gives McDonalds another year to work out how to take care of its workers at the higher level, and hopes that medical care will be cheaper by then, anyway. (Though if McDonalds could really count on healthcare being cheaper later on, they’d take their chances with the higher levels of care just to keep people applying to flip their burgers.)

But now restaurants like Boboquivari’s in San Francisco are getting Obamacare waivers. That’s ridiculous. Matthew Boyle of The Daily Caller gives details:

Boboquivari’s advertises $59 porterhouse steaks, $39 filet mignons and $35 crab dinners…Then, there’s Café des Amis, which describes its eating experience as “a timeless Parisian style brasserie” which is “located on one of San Francisco’s premier shopping and strolling boulevards, Union Street,” according to the restaurant’s Web site.

The hotel and restaurant owners won’t talk to the press. Worse, the White House Press Corps won’t bother to ask. Only ABC’s Jake Tapper asked about the Obamacare waivers. White House Press Secretary Jay Carney said that the number of up-scale businesses that got Obamacare waivers “is not that many” compared to the 1372 waivers granted overall. Carney also said that the government had denied less than 100 waivers. But neither Carney nor anyone else will say why an applicant might not get a waiver. Carney told Tapper to ask the Department of Health and Human Services. Your editor checked their web site, and could not find a single straight answer.

For her part, Pelosi said that her office had nothing to do with Obamacare waivers in her district. Well, if you believe that, your editor has an LLC membership in a bridge over San Francisco Bay that he would like to offer for sale.

Drilling in Alaska after Obama shut it down

What is the cheapest transportation from Branson, MO to San Francisco?  |  Marcel Blog

Sundance
Reply to  What is the cheapest transportation from Branson, MO to San Francisco?  |  Marcel Blog