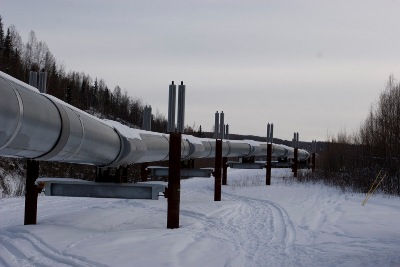 President Obama now wants drilling in Alaska. But after he shut it down in Alaska and the Gulf, it’s too little and too late.

Last week, with oil still costing $100 a barrel, or close to it, President Barack H. Obama finally told the Interior Department to sell more leases for offshore drilling in Alaska and the Gulf of Mexico. He announced his new policy on Saturday (May 14) on his weekly radio address:

I believe that we should expand oil production in America – even as we increase safety and environmental standards. To do this, I am directing the Department of Interior to conduct annual lease sales in Alaska’s National Petroleum Reserve, while respecting sensitive areas, and to speed up the evaluation of oil and gas resources in the mid and south Atlantic.  We plan to lease new areas in the Gulf of Mexico as well, and work to create new incentives for industry to develop their unused leases both on and offshore.

Obama did not mention that the oil producers have wanted to drill in the Gulf for months, but they can’t get permits, even though a judge has ordered the Interior Department to stop stalling on them. The drilling rig operators got tired of waiting, weighed anchor, and steamed away—to Brazil. Last anyone heard, Obama told the Brazilians directly that he wanted them to do the drilling, and the USA would buy.

Nor did he mention the Bakken oil field in Montana. As well he might not: he told the Interior Department to turn that into a “national monument area,” a measure that would lock it up for good.

The Alaska National Petroleum Reserve means a lot more than Obama let on. In 1923, Congress set that aside for the US military to develop. So he’s almost siphoning the fuel out of our soldiers’ tanks and jeeps and such. How long does he expect that to last?

The real oil find is in the coastal plain region of the Arctic National Wildlife Refuge. But Obama won’t mention that. Nor will he mention that he has cut back on drilling in Alaska so much already that the Trans-Alaska Pipeline will have to shut down. The reason: too little oil flows through it, so sludge builds up and clogs the pipeline. Royal Dutch Shell could have started producing in the Chukchi Sea—but Obama’s Environmental Protection Agency refused to grant some air-quality permits. Result: Shell had to walk away. (Didn’t Obama say something about “unused leases”?)

Does this sound like a President who really wants drilling in Alaska? Or anywhere?

The only reason that Obama has said a word about drilling in Alaska and the Gulf of Mexico is that he is once again being a candidate, and knows that the high price of motor fuel will hurt him. Candidate Obama says one thing, but President Obama does something else. Only by remembering that can anyone make any sense of anything he does or says.

Gold and silver come back

Gold and silver sell off, but not forever