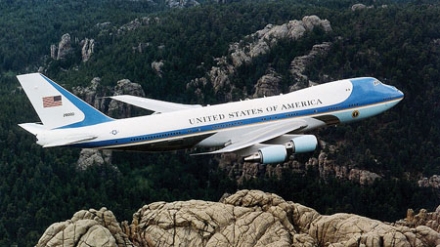 The usual talk about public funding of campaigns ignores Presidents who travel to drum up votes for themselves or others.

Public funding of campaigns – the debate

Public funding of campaigns, and the regulation of such funding, always come up before and after an election. Everyone has an opinion on who should get what from whom, how to judge that, and who judges that. But nobody talks about how much it costs the public to move and protect an incumbent President as he tours the country trolling for votes—for himself or for a member of his party.

Of course most people, regardless of party affiliation, want to protect the President of the United States as he travels. But should US citizens, of all affiliations, bear the total cost of campaign travel? Before you answer, please consider the time any president spends campaigning. The basic cost of one trip aboard the VC-25A “Air Force One” is mind-boggling. The President’s traveling entourage makes that trip cost even more. That is campaign activity. When the government covers the cost, that’s public funding of campaigns. But that does not come from the Presidential Election “check-off” fund on your Form 1040(A)(EZ)(X)(etc.).

Every year, when you fill out your tax return, you see the “Presidential Election Campaign Fund” check-off box. That box goes to pay campaign expenses of any candidate who accepts public funds. It does not reimburse the government for Presidential campaign travel. It doesn’t matter whether the President “takes public funding” or not. He already takes public finding every time he uses his plane to drum up votes. (And this President seems to be doing that all the time.)

Can we use a little logic and common sense to solve the problem? Shouldn’t the political party that benefits from these incumbent campaign appearances ante-up some of the costs? Say that President Obama travels to Nevada to support the campaign of Harry Reid. Shouldn’t Harry Reid, and not the taxpayer, cover at least some of the cost?

The presidential campaign of 2012 is drawing near. The hoopla of the extraordinary amounts of money this sitting president will raise, dominates the news. Some of that campaign money should go back to the US Treasury. Either that, or let’s add another IRS check-off box to ask taxpayers up-front whether they want to cover the President’s campaign travel expenses. But then, again, do any of us really expect our government to do something logical or sensible?

Obama speech in England shows: UN over US

I find it a double standard and very disingenuous of whomever is the executive White House occupant, that they can promote some American event, while at the same time, fly around the country, campaigning, — all that, on the backs of American taxpayers. Rather, the political leader of this nation should lead, by example:

Why can’t the president be confined to the same IRS rules with which, the American rank-in-file, are confined [to]?

For instance: IRS rules will not allow the total expense of home heating for a home business, for the whole house. Such heating expense, deductions are only allowed for the office space and work areas, proportionate to the whole house……

[…] Here is the original post: Public funding of campaigns – Conservative News and Views […]

[…] the DNC, as far as your editor has found out, never reimburses the taxpayer for the use of the President’s aircraft. On Monday afternoon, the President flew to Iowa. Everyone, including Jake Tapper, knows that that […]