The debate on the debt ceiling is in deadlock. And supporters of an ever-growing government are deceiving the American people.

Yesterday evening, the House passed, 218-210, yet another bill to offer a raise in the debt ceiling in return for allegedly cutting the budget by a like amount. Two hours later, the Democratic Senate had laid that bill on the table. (The Senate did the same with the “cut, cap, balance” bill earlier.) And now Democratic Congressional leaders—and their enablers in the mainstream media—dare ask why Republicans won’t “compromise.”

The Christian Science Monitor, for example, admits that the Democrats have provoked the Republicans by any reasonable standard:

The hardcore Republican debt hawks fueled by November’s tea party victories say that Congress has historically gone back on promised spending cuts. So far, they are refusing to budge without some guarantee that the cuts will actually [take place].

How Mark Sappenfield at The Monitor can say that this morning, after the House passed a watered-down debt ceiling bill, is beyond your editor’s comprehension. Won’t somebody tell the city room at The Monitor that events have long overtaken the Sappenfield piece?

Of course Congress has gone back on its promises to cut spending. Indeed, the man now holding office as President, Barack H. Obama, wants to spend more. (That’s why he wanted Congress to raise the debt ceiling with no spending cuts at all.) “Progressive” commentators like Alan Colmes even say that the stimulus didn’t so much fail as got cut short.

Worse yet, everyone, even old-line Republicans, says that without a rise in the debt ceiling, the government will default. Default here means failure to redeem a US Treasury bill, note, or bond when someone presents it for payment. The Secretary of the Treasury knows (or should know) that the United States collects far more in taxes than the interest on the debt. (So far, it does. That won’t last forever.) So does the man who put him there. So if the government does “stiff” a bondholder, that is the government’s choice, by the sole authority of the administration. That is true, debt ceiling rise or no.

If the debt ceiling does not rise, what then? 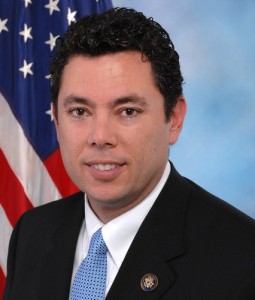 If the debt ceiling stays where it is, the government has to choose what checks to right, and what checks not to write. And no, that does not threaten Social Security checks. Social Security ironically holds Treasury bonds in a fund for paying those checks out. They will stop only if the SecTreas breaks the law. (He’ll also destroy every assurance that anyone has ever made about Social Security.)

As to other programs, about half of what the government does is unconstitutional. Suspending those programs, far from being illegal, would be in keeping with the oath “to bear full faith and allegiance to” the Constitution. (Your editor swore that oath twice: as a house officer in a VA hospital, and as a census taker in 2000.)

But what if Moody and/or Standard and Poor downgrade US debt? They’ll do that anyway without far deeper spending cuts than anyone (except Rep. Jason Chaffetz, R-UT, of Cut, Cap, Balance fame) has so far proposed. They have said so. Raising the debt ceiling is not enough. And if so: no law forces any bondholders to rush to sell US debt instruments. No less an insider than Representative Barney Frank (D-MA), Ranking Member of the House Banking Committee, avowed as much to Neil Cavuto less than an hour ago at this writing. He was definitely talking too much then.

And if they do sell? Then all of us need to look again at our own spend now, pay later lifestyle. We need to take William Shakespeare’s advice:

Neither a borrower nor a lender be,

For loan oft loses loan as well as friend,

And borrowing dulls the edge of husbandry.

For everyone’s information, and especially some of the “regulars” on the CNAV comment space: everything that your editor owns, he owns free and clear. No mortgage, no car loan, no revolving credit balance, nothing. And at least everyone else knows that he cannot raise his own debt ceiling whenever he wishes.

Sadly, The Wall Street Journal has not abandoned its silly “hobbit” narrative. Three days ago, they published this editorial, saying that Tea Party people need a reality check. Senator John McCain (R-AZ) read that out loud on the Senate floor. This morning, the Journal returned to that theme, even using a screencap from The Fellowship of the Ring. (One hopes they got permission from New Line Cinema, and wonders how much they paid for it.) In that piece, the Journal gives some figures from the Boehner debt ceiling plan, admits that those figures don’t begin to solve the debt problem, and then says that that’s a trifle. It tries to show that the plan is better than the (Senator Harry W.) Reid (D-NV) plan. The figures themselves say that the two plans are not much different. (Except that Reid refuses to say anything about a balanced-budget amendment.) The only reason is that Boehner at least would raise the debt ceiling less than would Reid.

What the Senate “Hobbit” Caucus should have said

Herewith the sort of response that Senator McCain and the Journal deserved, but did not get:

Mr. President: first of all, I hold the gentleman from Arizona in the highest esteem, for his military record if nothing else. He has now paid me a singular honor, which I, in all humility, must now disclaim. For I do not deserve to have anyone put me in the same category as a diminutive, but still august, fictional character who won his world’s equivalent of the Congressional Medal of Honor.

I do not deserve that, Mr. President, for three reasons:

And what is that mission? Well, that character had to destroy a deadly weapon of control in the only place that anyone could destroy it. And that is what the voters of my State send me here to do.

If the gentleman from Arizona, and his sources at The Wall Street Journal, want to use a colorful literary and cinematic metaphor, then, Mr. President, let us look at all the ways that it fits. An incremental and deceptive strategy for gaining central control? Check. Granting of power to select players in return for their cooperation? Check. Bait and switch? Check, check, and double check. For that was what the ring program was all about: he baited some key players among the peoples he wanted to subjugate, and then fashioned a single ring that would concentrate all power in the person who wore it. To wit, himself.

And that, Mr. President, is the story of this “creeping socialist” government we have today. Program after program, each for a purpose that its authors said was narrow, was the bait. The switch is that we wake up suddenly and wonder where our liberties went.

Don’t just take my word for it, Mr. President. Rent the movies online or from your cable provider. Or buy your own recordings; those are still available.

Now here, Mr. President, is where the analogy breaks down. In J. R. R. Tolkien’s original vision, a Last Alliance fought a battle and took possession of the evil ring. They should have destroyed it then, but did not. Person after person took it for himself, and came to a sad end. The last possessor showed more sense, of course.

In real life, we have seen not just one Last Allied battle, but several. Each time, one or more of the Last Allies tries to keep the ring for himself. Each time, the Dark Lord gets it back.

And, Mr. President, this is why the hobbit metaphor is so apt. Hobbits have better sense than do people larger than themselves, or fuller of themselves. Promises of great power mean nothing to them; they seek liberty, not power. We haven’t had hobbits before. We do now. They are the Tea Party.

And now we, here in the Senate, have the chance to destroy the ring. And the method is simple: Do not raise the debt ceiling. Leave it where it is. Debt, without a meaningful debt ceiling, is an instrument of unlimited power that too many of us have corrupted themselves by trying to possess. None of us can control it. Instead, it will always control us. Unless we destroy it now.

The hobbits in my own State have trusted me with this mission. How can I, Mr. President, betray it and them? And how dare the gentleman from Arizona, or any other gentleman in this chamber, suggest it?

Yield, Mr. President? Yield? I? No, Mr. President, I will not yield. Not until I make sure that everyone in this chamber understands the issue. And to make sure, I will now begin by reading out loud the Constitution of the United States….

I really liked the comparison to the Hobbits and accept it with pride. You are exactly right . Did any one Congressman make this speech or have any Congressmen heard it? If not please make a strong effort to have it sent to all of them.