Does Russia Today back Ron Paul? Are they breaking US law? A long-time alternative-media organ charged just that yesterday.

What is Russia Today? 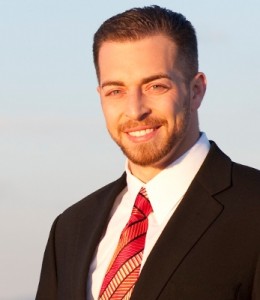 RT has many detractors. The Guardian (London) and Digital Journal both had unflattering articles about RT. The worst that anyone says is that RT promotes the values that Vladimir Putin wants to promote. But RT’s front page looks much like that of any other Internet news organ, and arguably is richer.

The show that everyone is now arguing about is Adam Kokesh’s Adam vs. The Man. Adam Kokesh does not promote left-wing propaganda. If he did, why does he attack Barack H. Obama’s bus tour?

What did Adam Kokesh say about Ron Paul?

On his program that aired June 6, Adam Kokesh said this:

I’d like to end tonight on a note of some good news. We have some good news from the front lines of the Ron Paul “LOVEalution” with our money bomb on June 5. Yesterday we raised over $1 million for the Ron Paul campaign. And I’m starting to figure out what electable means, because electable or non-electable is really a code word for “if this person wins, I’m not gonna be able to get as much money from the government.”

(Note: “LOVEalution” is how to pronounce the word Revolution as it appears on Ron Paul campaign material, with the letters “e-v-o-l” highlighted and inverted to spell the word “L-O-V-E”.)

The views expressed by the host of this or any other program are his own and do not represent those of Russia Today.

Furthermore, no American network would allow any host to say we when talking about a political candidate he liked.

Perhaps journalistic standards in Russia are more lax. But so far, Adam Kokesh has said only that he, some friends of his, and maybe his employees, support Ron Paul. Kokesh did not say, “Russia Today” supports Ron Paul, or even “Vladimir Putin supports Ron Paul.”

But on Monday, August 15, the Free Republic site logged this post, suggesting that RT might have broken US law. It quoted an FEC pamphlet that says that foreign entities may not contribute to American political campaigns.

Ironically, the WND piece does quote Kokesh accurately as complaining that American news organs tend to ignore Ron Paul. Case in point: very few media organs even mentioned Ron Paul after the Ames straw poll, though he placed second by 152 votes out of 16,800 votes cast. (At least two other observers have complained about the same thing. Furthermore, the CommonSense2010 blog suggests that by any reasonable standard, Ron Paul should be the frontrunner for the Republican nomination.)

WND also went further than Free Republic did. They suggested that the government could prosecute Kokesh for giving “substantial assistance” to Ron Paul in his role as a Russia Today show host.

Friends and supporters of Ron Paul reacted swiftly. The site DailyPaul.com (not an official campaign site) accused WND of a “smear.”

They need a good lesson on how to do journalism.

Other supporters swamped the comment space of the WND piece. One commenter accused Texas Governor Rick Perry of accepting campaign contributions from China, and accused WND of using a double standard. He left no sources, and another commenter flatly accused him of lying. But most of the comments split about 3 to 2 in favor of Ron Paul. Supporters said that WND had not proved its case against Russia Today. The most cogent comment was this one, that the commenter addressed to the author of the article:

Your implication isn’t a concern. Kokesh has a show on RT and he supports Ron Paul. End of Story. In addition RT provides unbiased news topics regarding our nation and often discusses our founders intentions while Fox and CNN hardly ever reflect upon a news topic with the spirit of the founders intent. Kokesh, is on record to support peace and liberty. However, he doesn’t oppose civil disobedience as evident with his dance party [at the Jefferson Memorial]. Since Russia has moved towards free market principles and opposed many former regulations I would say Russia is moving in the right direction while our nation isn’t. Lastly, many Patriots and supporters of free market principles consider it more of an honor to be interviewed on RT vs. MSNBC or CNN. Lastly and on a very important note: RT was the only major news source to provide near equal coverage to 3rd party candidates such as Chuck Baldwin from the Constitution Party and Bob Barr from the Libertarian Party. Not even Fox news can boast of nearly equal coverage of 2008 presidential coverage. Perhaps you should have taken more time to consider the points above instead of negative implication[s].

A Ron Paul presidency would be good news for Russia. Paul is an isolationist, therefore the Kremlin would be practically assured that the United States would not be any opposition, political or otherwise, to Russia’s designs of recouping the former Soviet Union’s sphere of influence, once again centered at the Kremlin.

How myopic of Russia to focus upon possible opposition from nations of the West (i.e. USA), when the Chinese dragon has its eye on the vast eastern Russian territory with its raw materials and mineral resources and a constantly diminishing population.

Calling Ron Paul an isolationist is a typical smear from the mainstream media and the power elite. What Ron Paul believes in is not isolationism but Let’s-mind-our-own-businessism. Let’s stop paying to defend countries like Germany and Japan who are wealthier than us and let’s stop trying to be the policeman of the world.