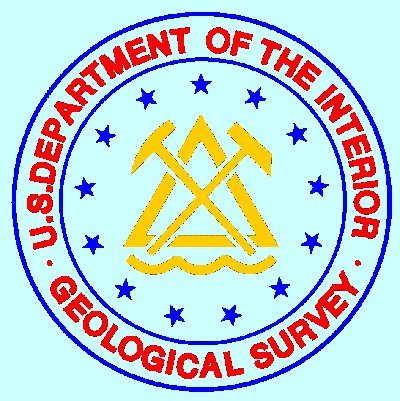 The first earthquake struck near the Colorado-New Mexico border, about a third of the way toward Kansas. The shaking began at 11:46 p.m. Mountain Time. Its magnitude measured 5.3, and the center was 2.5 miles deep. People felt no more than a moderate shaking at the epicenter. Other residents reported light to weak shaking throughout Colorado and in Kansas, New Mexico, Nebraska, and Oklahoma.

The second, and stronger, earthquake struck this afternoon, at 1:51 p.m. Eastern Time, at Mineral, Virginia. That town sits mid-way between Charlottesville and Richmond. The magnitude measured 5.8, and the center lay 3.7 miles deep. Residents felt this as far north as Canada, and reported shaking varying from “weak” to “strong.”

Reaction to the earthquakes 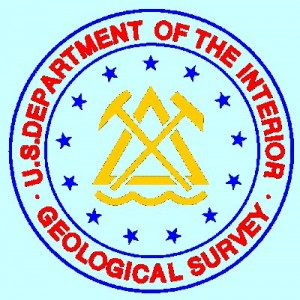 Logo of the US Geological Survey

The two earthquakes caught the people in their zones by surprise. This is the strongest natural earthquake that the Colorado region has felt in more than a century. In 1882, a magnitude-6.2 earthquake struck an area northwest of Denver.

The Virginia earthquake provoked much fear, mainly because it shook Washington, DC. The Capitol Police evacuated the Capitol, the Washington Monument, and other monuments on the National Mall. Washington’s city government evacuated City Hall as well. Telephone service, both landline and mobile, crashed in Washington and its suburbs. An attempt to reach a witness in Haymarket, Virginia, produced this recorded message:

Witnesses in Blacksburg and Richmond, Virginia reported no serious damage. They described strong shaking, a few fallen objects, and people rushing outside to compare notes.

Newark Liberty and John F. Kennedy International Airports suspended flights briefly. Emergency crews made sure that the control towers were still sound. They were, and flights quickly resumed.

Implications of the earthquakes

Colorado has felt earthquakes before, but most of these have been man-made, from high-explosives testing. The Colorado Plateau is one of the most seismically stable regions in the country. Today’s quake struck near Trinidad, Colorado, on a minor fault.

The Virginia earthquake surprised everyone for another reason: residents of the east coast are not used to feeling earthquakes. This one had its epicenter east of the Appalachian mountains and traveled up and down those mountains like a sound along a thick wall.