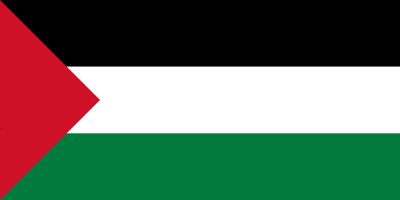 Will there ever be peace in the Middle East? If yes, how and when? If no, why not? As a good faith disclosure, I am a Christian American of Arab decent. I was born in Jordan in 1968 to Palestinian parents. I would love to see peace in the region and land of my ancestors. As a Christian, I may have a different perspective from that of a Muslim or a Jew. I grew up in a Muslim country and was raised in an Arab-American culture. I understand the Arab psyche and values.

What would it take for the Arabs (Muslims and Christians) and Jews (religious and secular) to achieve true peace? The first question should be, if peace is reached today who would it truly benefit? On the surface the quick answer is everyone. If one digs deeper, it would become easy to see that not everyone would benefit from peace. Who benefits from a continued state of war? Some people and groups would lose their power and influence if peace is achieved. Extremists would have a smaller audience and fewer donors, thus have a vested interest to prolong and perpetuate the violence and conflict. Some foreign nations and world leaders support the continued violence in order to profit from the sale of military hardware and other goods. Not everyone would benefit from peace.

Back to the original question, who benefits from peace? The real beneficiary of peace is not just this generation but the next and future generations. Why wouldn’t every parent want peace and success for their children? Both sides would see an enormous growth in tourism and business should they compromise and settle their differences. 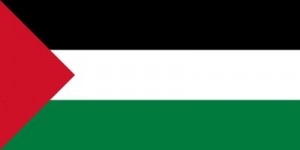 One must want peace

What would it take to achieve this seemingly impossible task? American presidents for decades have attempted, and none harder then President Clinton, to no avail. America and other nations can help, but the ultimate work falls on Palestinians and Israelis. Both sides have to want peace in order to achieve it. Past failures have been due to one or both parties not really wanting peace. It’s not what either side wants, but rather what their enemy wants. If Israel wants peace and the Palestinians want the destruction of the Jewish state, then peace is impossible. Palestinians must truly want peace in order for peace to be within reach. Both sides must love their children more than territories. Moderates must view extremists as an obstacle and alienate them.

Palestinians must love their children and value their future more. One must ask what type of person and society that accepts the notion of glorifying children martyrdom? What type of society would allow children to carry suicide belts and machine guns? As a parent, my children are my life and how I raise them will be my legacy and monument. I can’t imagine promoting my children to kill themselves (not to mention to kill others) for anything. The value of human life must be elevated in the Arab world. Arabs must love their children more in order to achieve peace, until then there will be no peace.

The Israeli-Palestinian problem is THE ISSUE of our time. As a Maltese American with semitic relatives and a man who has known several Palestinians personally I must engage this debate. Firstly, let it be known there are over 1 million Palestinians still living in tent cities. The Arab states surrounding Israel will not permit the Palestinians to assimilate. They fear them. They fear that in 1 or 2 generations they will be running the businesses and politics in that country because the Palestinian people on a whole are industrious, hardworking and intelligent. The Palestinians are in their 3rd generation of refugee camps. They formerly owned homes, businesses and were well educated. Anyone should understand their ire. The problem as I see it is not Israel, who would benefit from a lasting peace, but Palestinian thugs and gangsters. Any moderate Palestinian who becomes even remotely popular will not only be assasinated, but his family will also be slaughtered. This has occured many times. Hence, the extremists, the thieves and the gangsters hold their own people as prisoners because it is the gangsters that benefit from this constant state of hostility, no one else. God save and help us all, Christian, Jew and Muslim.

I’m glad you identified yourself as a Christian Arab.
I was raised in a neighborhood in So. Philadelphia where there was a few city blocks populated mainly by Lebanese Christians of Arab descent.

That was my neighborhood where I grew up. Wonderful neighbors they were, and very enterprising,successful, people of letters.

Your commentary brings to mind what Golda Meier once said, and I paraphrase “There will be peace when they love their children more than they hate us.”

It’s been so long in coming.

There will never be peace when it comes to Islam!
Is the Muslim college student from Saudi Arabia, who wrote the column below, naïve, uninformed, or deliberately feeding us disinformation (the practice of “taqiyya”)?

Uninformed Americans are vulnerable to this “information warfare.”

Yesterday marked the 10-year anniversary of the attacks on the World Trade Center in New York City. The attacks were associated with al-Qaeda, an Islamic organization founded by Osama bin Laden.

Being a Muslim, I frequently get asked about my thoughts toward the incident. For everyone that is wondering, here is my answer:

The word “Islam” comes from the word “peace” in Arabic. [THIS IS FALSE, AND SHE MUST KNOW IT. THE ARABIC FOR ISLAM MEANS “SUBMISSION.” THE ARABIC FOR “PEACE” IS A DIFFERENT WORD.]

Muslims are brought up on morals and beliefs to do good to others and not spread harm, no matter what your religious background is.

All Muslims are raised to follow in the footsteps of the Prophet Muhammad. [MUHAMMAD ENGAGED IN OR AUTHORIZED NEARLY 90 DIFFERENT RAIDS, ATTACKS, ASSASSINATIONS AND OTHER ACTS OF VIOLENCE. DOES SHE NOT KNOW THIS? IF SHE DOES, IS SHE CHOOSING TO MISLEAD HER READERS WHEN SHE SAYS MUSLIMS ARE TO DO GOOD TO OTHERS WHILE FOLLOWING IN THE FOOTSTEPS OF MUHAMMAD? AFTER ALL, IT WOULD BE HARD TO CHARACTARIZE MUHAMMAD’S MILITARY CAMPAIGNS AND ACTIONS AS DOING “GOOD TO OTHERS.”]

In fact, Muslims believe that if they don’t strive to be like the prophet they might as well not call themselves Muslims.

During the prophet’s time, whenever Muslims would invade a city in the name of spreading Islam, there were strict orders to not hurt any civilians. [THIS IS FALSE. FOR EXAMPLE, WHEN MUHAMMAD DEFEATED THE QUARAYZA JEWISH TRIBE IN MEDINA, HE ORDERED THE TRIBE’S 800 MEN BEHEADED AND HE SOLD THE WOMEN AND CHILDREN INTO SLAVERY.]

The elderly, women and children were asked to leave and were not harmed. [THIS IS FALSE. SEE NOTE ABOVE.] It is a sin to harm any innocents.

The attacks of 9/11 had a death toll of 2,977 people. Those were 2,977 innocent men and women that were working – not at war with any Muslims. Of those, 31 were known to be Muslims, and died during the attacks.

Do I think this work would make the Prophet Muhammad proud?

The prophet and the holy Quran teach us to lead by example and not use violence to force people to hear us.

Islam is a religion that teaches tolerance and acceptance of everyone around us. [WHILE THERE ARE PEACEFUL AND TOLERANT MUSLIMS, THE CLAIM THAT ISLAM TEACHES “TOLERANCE AND ACCEPTANCE OF EVERYONE AROUND US” IS FALSE. SHE COMES FROM SAUDI ARABIA, THE COUNTRY THAT IS THE HOME OF ISLAM’S TWO HOLIEST SITES, MECCA AND MEDINA. SAUDI ARABIA IS THE PINNACLE OF INTOLERANCE. IN SAUDI ARABIA, NON-MUSLIMS CANNOT ENTER MECCA. CHRISTIANS CANNOT OPENLY CARRY BIBLES. JEWS CANNOT OPENLY WEAR A STAR OF DAVID. SURELY SHE MUST KNOW THIS.

THE QUR’AN HAS NUMEROUS PASSAGES THAT CALL FOR WARFARE AGAINST AND THE SLAYING OF NON-MUSLIMS. PASSAGES, SUCH AS SURAH 9:5, THAT ARE UNDERSTOOD BY ISLAMIC SCHOLARS TO HAVE ABROGATED (ANNULLED) EARLIER, PEACEFUL VERSES IN THE QUR’AN.

ISLAMIC CONQUESTS DURING ITS 14 CENTURY HISTORY WIPED OUT ENTIRE NON-MUSLIM SOCIETIES, LEFT HUNDREDS OF MILLIONS DEAD AND TENS OF MILLIONS ENSLAVED. TODAY IN IRAQ, 500,000 CHRISTIANS HAVE HAD TO FLEE THE COUNTRY SINCE WE DEPOSED SADDAM HUSSEIN, DUE TO PERSECUTION BY MUSLIMS.

WE COULD CITE MANY, MANY MORE EXAMPLES, BUT YOU GET THE POINT.]

We believe that Allah is beautiful, and loves beautiful things.

The prophet said that all men, including women, are equal in Islam. [THIS IS FALSE. ACCORDING TO SHARIA, A MUSLIM WOMAN’S TESTIMONY IN COURT IS WORTH ONLY HALF THAT OF A MAN’S. A HUSBAND CAN DIVORCE HIS WIFE SIMPLY BY SAYING “I DIVORCE YOU” THREE TIMES. THE WIFE HAS NO SUCH RIGHT. A MAN CAN BEAT HIS WIFE FOR DISOBEIDENCE, SURAH 4.34.]

The attacks have given Islam a bad name.

The association of Islam with terrorism and hate is a stereotype that needs to be put to rest.

Just because al-Qaeda believes that the attacks were justified doesn’t mean all Muslims follow.

Living in the Bible Belt for the past three years and befriending many devoted Christians here on campus, I’ve learned that Islam and Christianity have a lot in common.

Both religions preach values and morals, stressing that violence is never the answer.

My deepest sympathies go to all the families of the men and women that died in the attacks.

I hope we can continue to find the positive in times like these instead of dwelling in sorrow.
Raslan is a senior digital media and design major of Dhahran, Saudi Arabia.

Make sure you receive all of your messages from ACT for America. Add actforamerica@donationnet.net to your address book as an approved email sender. If you found this message in your “Bulk” or “Spam” folder, please click the “Not Spam” button to notify your provider that these are emails you want to receive.