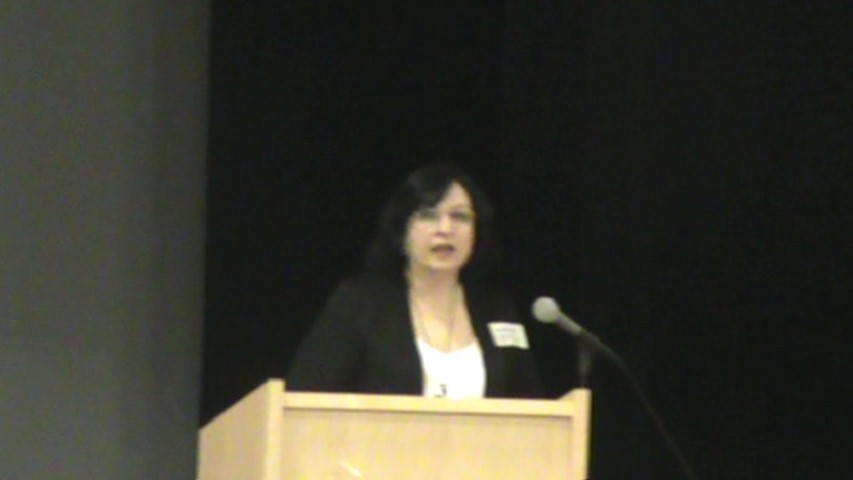 National School Choice Week began two days ago with an eight-member panel at a middle school in Jersey City. The results are shocking. Something is very, very wrong with public education in America today. Any parent who does not know this yet, will know it after reviewing the material that the panelists presented. 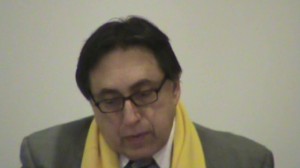 National School Choice Week is a project by hundreds of concerned current and former legislators, teachers, and current and education officials. They seek to give all parents, regardless of income, a choice in where to send their children to school. Do that, they say, and even government schools would have to compete for their pupils. When service providers compete, they either improve or die. That is the iron law of capitalism. School choice activists see no reason not to apply it to schooling.

But of course, teachers’ unions cannot allow anyone to compete with the government monopoly. (Yet the same politicians who accept teachers’ union money, always send their children to elite private schools.) Politicians have a choice. Higher-income earners have a choice. Middle- and lower-income earners do not. Paying twice for schooling, once in school taxes and again in private-school tuition, is not an option for many families. School choice activists want to remove the need for parents to pay twice. 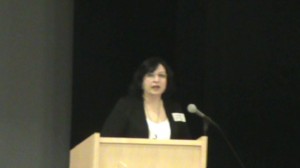 Eight activists, including a former New Jersey State Senator, a former Colorado commissioner of education, and an ex-Marine, met at the Franklin J. Williams Middle School in Jersey City on Sunday, January 22. They held a thought-provoking discussion. Bob Bowdon, producer of the seminal schooling documentary The Cartel, led the panel. RoseAnn Salanitri of the New Jersey Tea Party Caucus, and Nicholas E. Purpura of the Jersey Shore Tea Party Patriots, introduced the panel. (See the embedded videos of the entire event.)

The panelists indicted the current government school model on several grounds. Colleges must re-instruct new students, many of whom read and write at fourth-grade level. (They call this “remedial instruction.”) The colleges that train teachers, pretend to train them in the art and the “psychology” of teaching but make no effort to train them in the subjects they will teach. State Departments of Education then certify them to teach, though they might know nothing about their subjects! One frustrated panelist said,

Meaning that only by disrupting class, destroying school property, cutting school, being always late for school, etc., can anyone fail to graduate. Discipline problems are often rife in some schools, but that was the least of the issues for which the panelists condemned the government schools. 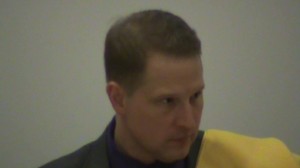 Panelist Terrence Moore (the ex-Marine) described an interview with a teacher candidate:

She said, “I have taught reading with a variety of methods, including some phonics.”

So I asked her what sounds the letter A makes.

She said, “Uh…uh…do you mean like Long A and short A?”

And I said, “Sorry, lady. Any kindergarten student already knows that the letter A makes four different sounds: Ay, Aah, Uh, and Aw. Thus, you say ‘father,’ not ‘fayther.’

Nor did they neglect the politicians, or fail to discuss solutions. They discussed all types of school choice and school alternatives, like charter schools, voucher systems, and homeschooling. But they also discussed how to make school choice happen: parents have to care enough to change the system.

Homeschooling under threat in NJ

First of all, thank you for this article, and the effort undertaken by those quoted in the article have my full support. Public (government) education must be improved, or rather rebuilt, from the bottom up and top down.

Terrence Moore was quoted as relating:

[quote] ‘She said, “I have taught reading with a variety of methods, including some phonics.”

So I asked her what sounds the letter A makes.

She said, “Uh…uh…do you mean like Long A and short A?”

And I said, “Sorry, lady. Any kindergarten student already knows that the letter A makes four different sounds: Ay, Aah, Uh, and Aw. Thus, you say ‘father,’ not ‘fayther.’
[endquote]

With appreciation and respect for Mr. Moore, let me suggest he has it backwards: The letter ‘A’ does not make any sounds; rather there are four different sounds of human speech that can be represented by the written symbol ‘a’.

This might appear to be a subtle distinction, but in application, it dramatically transforms the confused mess of ‘phonics’ teaching into a coherent structure: a sound-based alphabetic code.

This approach is called ‘Linguistic Phonics’, and has been most recently (1997, 2004) promoted by Dr. Diane McGuinness in her books.

Please understand: English text is a sound code, and it should be taught AS a sound code: from the sound, to the symbol. Contemporary phonics teaching does the reverse; it teaches from the symbol to the sound. If the letter A ‘makes’ four different sounds, how can Johnny know which sound it is making? How can he build confidence in his reading and writing?

Phonics instruction is vastly better than Whole Word, or the mix called Whole Language, but it also can be improved. Please investigate ‘linguistic phonics’.

Oh good, are we giving ex-marine/panelist/school choice advocate Terrence Moore some tips? Because I was thinking that when he conducts formal job interviews, he might want to consider NOT condescendingly addressing female applicants as “lady.” It’s no big deal, but when he does that it really makes him seem like a jerk. And I’d hate for anyone to get the wrong impression.

You do realize, of course, that by the time he used that word, he had already signaled, through his use of the word “sorry,” that the interview was over and that the candidate had failed.

In my first year teaching, the special education coordinator came to me about a senior in my class who could barely multiply 5 times 5. I was stunned when I was told this student was going to get the exact same diploma as the valedictorian. Since I was fresh out of industry, I pointed out that, as an employer, he was telling me that high school diploma was worthless. I could not expect a candidate with a high school diploma to have basic reading skills; be able to perform simple math; or understand written instructions. In order to find out who was quaified, I would need to have pre-employment testing done.

The situation is the result of the attitude that all students should be successful. The “blueberry ice cream” story comes to mind.
Link: http://www.jamievollmer.com/blueberries.html

One advantage private schools have is they can remove the trouble makers.

Some of the things that can be done quickly and at essentially no cost that will improve education:

1) Give a “certificate of attendance” not a diploma to those students who have failed to master basic skills.
2) Allow schools greater freedom to remove the students who, by their behavior, are preventing others from learning.
3) Hold students as accountable for their academic progress as we hold the teachers and schools. (If they don’t pass the state mandated end-of-instruction tests, they don’t pass the class.)
4) Make discipline immediate and certain.