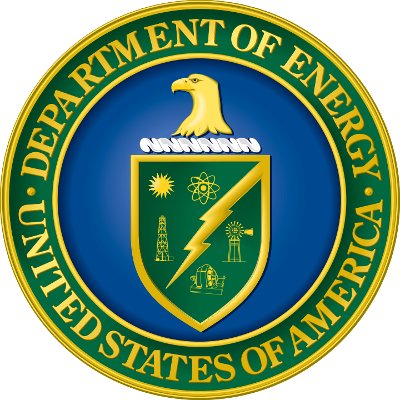 What the energy secretary wants 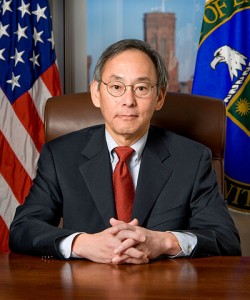 Steven Chu, Secretary of Energy. Photo: US Department of Energy

Motor fuel prices have risen nine percent in one month alone. Since the man now holding office as President took that office, those prices have more than doubled.

We now have the energy secretary on record, saying that this is what he wants! At the same time that he says that the world’s oil producers can “pick up the slack” from a total embargo by Iran, he seems not to want them to take up any slack. (Whether they would be willing, or not, is another story.) The next question is: why not?

Why energy prices are so high

A free market must always prepare to substitute new products for old products that are either obsolete or no longer available. That’s why our society does not worry about wood shortages, for example. But as long as a product is still available, it does not become obsolete until people discover or invent another product that is cheaper, more effective, or both.

“Alternative energy” has been a favorite subject for energy secretaries to discuss since President James Earl Carter Jr. first set up a Department of Energy. Inevitably, that Department has sponsored, or run, several enterprises having a mission to develop alternatives to gasoline and other “fossil fuels.” Anyone who has lived long enough can remember their names. The first such name was the Synthetic Fuels Corporation, or “Synfuels.” It was a bad idea then, and it’s a bad idea now for the government to try to second-guess the market. Synfuels became a national scandal after its chief executive officer, John McAtee, complained that his salary of $150,000 was not enough for him to live on.

Bear in mind that this was $150,000 in 1981. The price of gold was about $587 then. It is nearly $1700 at last report. Therefore the equivalent salary today would be at least $450,000. Note that the base pay for executives at Solyndra, Inc., in 2010 was $400,000 per year. This means that the sponsorship, set-up, and favoring of “public-private partnerships,” government contractors, and the like, that say that they exist to develop alternative energy, is nothing new for that department. And one other thing is not new: not once has any of these enterprises produces one single useful product. If they had, we would be using it today.

President Ronald Reagan, of course, removed all regulations, not only on price but also on what oil explorers, extractors, or refiners could or could not do. Oil fell to $10 a barrel. That’s equal to $30 a barrel today, using the prices of gold as a guide. That, then, is the base price. Oil need not cost more than that. So if it does, something is keeping it higher.

If a Department of Energy has any legitimate role at all, the energy secretary should ask himself why oil is at such a premium, and costs more than three times as much as it should. Yet, as he said out loud, the current energy secretary shows no such concern.

What does the energy secretary hope to gain

Dr. Chu, or his boss, can have one of two things to gain from a higher base energy price. First, the energy secretary has more excuses to fund more government-sponsored enterprises like Synfuels (1976-81 and following) and Solyndra (2009-11). Solyndra is not the only such enterprise today. This is damning enough for this energy secretary and the man now holding office as President. President Carter had only one such enterprise to his shame. Obama has more than he can count.

Second, the energy secretary’s boss gains more power to move UN Agenda 21 forward. Specifically, he has what seems to be good reason to urge all Americans to move to the cities, and to re-make those cities to look and work like close, self-contained communities, like college campuses and the towns that many colleges reside in. The residents of such communities typically get around in them on foot, or perhaps by bicycle or bus, and almost never by automobile. This might be another outcome that Mr. Obama wants: that no person, except a law-enforcement officer, a member of a first-response profession, or a member of a favored social circle, own or drive a private automobile.

Four years ago, the energy secretary was probably brazen enough to avow something like that. Indeed he might as well have said that, when he said that motor fuel prices in America should rise to the levels that motorists see in Europe. Today he is not so brazen, but still willing to say that he does not care how high motor fuel prices rise.

Today former Speaker of the House Newt Gingrich (R-GA) said that Energy Secretary Chu should resign. That’s the least that should happen. More broadly, the American people need to decide whether they want to force their fellow citizens and lawful residents, or let others force them, to live the way the energy secretary and his boss seem to want them to live.

Terry, you’re getting boring. You have YET ANOTHER article based on hearsay. All you have is out-of-context quotes and supposition.

Let’s see FULL video of these alleged statements, because otherwise this article is simply the pinnacle of a castle built in the clouds.

You didn’t substantiate your assertion that this commentary’s editor has “yet another article based on hearsay.” [Your words] You really shouldn’t make such off the cuff statements like that, unless you can support (with credible evidence and logic) what you so glibly charge. Shame on you! You are being irresponsible!

“not once has any of these enterprises produces one single useful product. If they had, we would be using it today.”

Heard of the Fischer-Tropsch process, Terry? It produces synthetic fuel from hydrogen and CO2. The US Air Force uses it as jet fuel.

“that no person, except a law-enforcement officer, a member of a first-response profession, or a member of a favored social circle, own or drive a private automobile.”

Don’t you think that might be just a little bit paranoid? Perhaps he’d just prefer Americans to buy more efficient cars with more modern engines, instead of tooling about in ridiculous pickups with a 5.7 V8 (which is outperformed by a Toyota diesel) or taking the kids to school in a Suburban.

The fuel you get in the USA is rubbish, too. Standard unleaded here is 91 octane and it’s being phased out. Everyone uses 95 octane. I have a BMW so I use 100. The junk you get just boosts consumption even higher than your clunky, obsolete engines do.

Terry, I’m sure, can answer for himself, but you really should qualify what you take exception [to]. In other words, if you are going to grab a section of his commentary, do it and post it, in context.

Furthermore, I take exception to your one particular [illogical] generalization when you said in your comment reply: