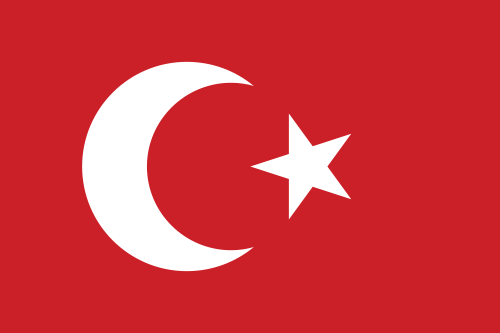 Last Friday, a reconnaissance jet took off from Turkey, strayed briefly over Syria, and never returned. Syrian anti-aircraft gunners shot it down. Turkey and Syria have been allies for a long time. No more, it seems. Prime Minister Recep Tayyip Erdoğan said something yesterday that was so warlike that he walked it back later. But Erdoğan’s earlier acts and attitudes suggest that none of this was an accident.

The jet ditched in the Mediterranean after taking anti-aircraft fire from Syria. The pilot and his observer are still missing; most people presume them dead. The Syrians said almost at once that the plane had breached Syrian airspace, and the anti-aircraft gunners had shot at it as a matter of course.

At first, Prime Minster Erdoğan did not seem angry about losing the plane. That changed over the weekend. First, he went to his fellow heads-of-state in NATO. He used a channel that the North Atlantic Treaty sets up for just this kind of complaint. Then yesterday he warned Syria not to come near the Syrian-Turkish border. If any Syrian troops did, Turkey would order its troops to shoot at them. “Don’t test us,” Erdoğan said in effect. The most ominous thing he said was:

The rules of engagement of the Turkish Armed Forces have changed.

In other words: we will shoot on sight.

As Turkey, the Turkish nation, we have no intention of attacking [Syria]. We don’t have any hostile attitude toward any country.

Or does he? Already American and other officials are wondering: what was that plane doing? Was it on a routine training flight, and did it merely stray over Syria? Or did Turkey send that plane over Syria on purpose? The New York Times says that the American officials think that Turkey was spying on Syria. They would have an almost perfectly good reason. Syria is in civil war, and the Syrian resistance has camped out on the Turkish side of the border. (And now Erdoğan has put those camps under Turkish protection.) But the history of Turkey and of Erdoğan suggests another, further-reaching reason.

Since September of 2011, everyone in the region who cares to know, has known what Turkey really wants. Turkey was once the center of the Ottoman Empire. That Empire lasted for more than 600 years and held sway over much of Europe, Asia, northern Africa, and especially the Middle East. The last Ottoman Sultan made the mistake of entering the First World War on the German/Austrian side. The Turks lost that war, and with it their entire empire and the sultanate.

On September 23, 2011, Israel Hayom wrote this pieceon the site t

hat former Israeli Ambassador Dore Gold runs. In it, Hayom took note of the anti-Israel rhetoric from Erdoğan. But he also noted something else: Erdoğan was throwing his weight around in the region, and not against Israel alone. The Russians in fact took note, and said bluntly:

Six days later, this piece came out in Time. Erdoğan, in an interview, almost boasted about Ottoman history and what was “beautiful” about it.

In short, Erdoğan has not only admitted but avowed that he would like to make Turkey a superpower like the old Ottoman Empire. Incredibly, most people forgot about that.

Until now. Last night, Bret Baier’s “All Star Panel” on his Special Report program on Fox talked about Turkey, the shoot-down, and Erdoğan’s answer. One panelist reminded everyone of Erdoğan’s ambitions. Then he suggested that Erdoğan might really want to encourage the Syrian resistance to camp out on the Syrian side, while still protecting them as he is now obviously doing. His goal: to see Bashir Assad fall from power in Syria. His further goal is to make Turkey the boss of the Arab lands, as it once was before Lawrence of Arabia changed that.

So maybe Turkey didn’t merely lose a plane. Maybe it sent that plane to do more than spy, and certainly more than train. Might that pilot have had orders to “stray” over Syria? A small recon plane, plus bounties to the families of a pilot and his observer, might seem a small price to pay to bring back an empire. And when Erdoğan says that he “has no intention” to attack, he might be protesting a bit too much.

What would that mean for the region, and especially for Israel? Certainly it would mean another complication. After all, the first Zionist pioneers bought the land back from absentee Ottoman landlords. But the rest of the world might want to take notice, if Erdoğan suddenly starts talking about grand treaties of peace in the Middle East. Like, maybe, a treaty for seven years?

Israel to annex Judea and Samaria?

“as it once was before Lawrence of Arabia changed that.”

Nice to see you praising a gay non-American, Terry :-)

Also, it would appear as if you’re supporting Assad in all this. Then again, your kind think Pinochet was a good guy, so anything’s possible.

Not so. Erdoğan and Assad deserve one another. I’m looking much further ahead than the settlement of that particular hash.

Yes, without a doubt Erdogan and Assad both belong in the same camp. They are both brutal, anti-western, Arab dictators.

I never said they didn’t.