The Middle East could soon see a repeat of the Six-Day War of 1967. Egypt seems to want a rematch. Syria might like a rematch, but their civil war preoccupies them—for now. Iran now threatens anyone and everyone. Israel is getting ready to protect its people, and to fight.

Earlier this week, Egypt changed its part of the game. Until recently, no one expected Mohammed Mursi, the Muslim Brotherhood President of Egypt, to break the Camp David Treaty. The generals wouldn’t allow it. But Mursi fired Field Marshal Tantawi and the leaders of the navy and air force. The new commanders take their orders from him. Yesterday, Haaretz reported that Egyptian troops moved into the Sinai earlier this month. The government of Israel consented to some of those troop movements. But they learned of the rest only after the troops had moved. Those troops moved in after a terrorist incident in the Sinai on August 5. But now those troops might stay there, and Mursi might even reinforce them. In 1967, Nasser moved troops into the Sinai and closed the Straits of Tiran. That started the Six-Day War.

Mursi won’t say this out loud, but Egyptian clerics loudly call for a rematch. They say that Muslim men-on-the-street want the same. Mursi does say he wants “solidarity” with “Palestinians.” (Three days ago, Iran’s defense minister said the same. He wants Muslim countries everywhere to sign a treaty to fight for “the Palestinian nation.”)

What does the USA have to say? Not much. And what putative President Barack Obama does say, should scare anyone. Why, for instance, did he invite Mursi to come to the White House next month? (The UN General Assembly meets then.) The Muslim Brotherhood are not moderates, by the way. They never have been. They killed Anwar el-Sadat after he signed the Camp David Treaty. Today they still call for a holy war to free “al-Quds” from Israeli “occupation.” “Al-Quds” means Jerusalem. Jeff Dunetz, the “Yid with a Lid,” says Obama has double-crossed Israel for three years, by just this sort of thing. (Could this be more evidence that the Muslim Brotherhood are too close to the Obama administration?) 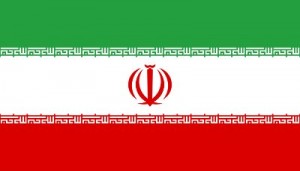 Is Iran part of the Middle East? It wouldn’t seem so, because it’s so far away. And the Iranians are not Arabs. They are Persians. They don’t even practice the same flavor of Islam.

But that hasn’t stopped them from hating Israel and talking about removing Israel from the map. Last year they tried to kill the Saudi ambassador. (And Michael Oren, Israel’s ambassador to the US, says the Iranians meant to hit his embassy, too. That came out yesterday in Arutz-7.)

And today, WND has this: the Iranian military threatens to attack any Gulf country that lets Israeli jets overfly them en route to strike Iran’s nuclear bunkers. They aimed that warning at Saudi Arabia and Qatar. The Saudis now say they won’t let the Israelis overfly their country. But they’re not eager to coöperate with Iran, either. The Sunni-Shia feud between them goes back centuries and is as bitter as ever. But the Iranians would like people to think that Muslims could forget those old quarrels long enough to kill more Jews. 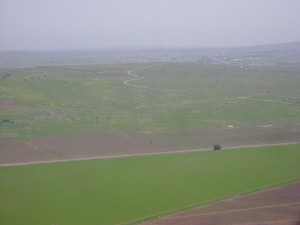 Syria seems less likely than ever to jump into any new Middle East war. They are fighting their own civil war. This week it turned ugly. A government attack plane fired a missile at a quiet village, just because rebels held it. Shortly after that, the UN closed down its “observer” mission in Syria.

The civil war has caused an interesting strain in a Druse community on the Golan Heights. Since capturing the Heights, the Israelis left them alone. Now the village has split into two camps, siding with either the government or the rebels.

Would any of this change if Israeli planes take off for Iran? No one can say.

The Israelis don’t worry about Syria, unless members of al-Qaeda lay hold of the chemical weapons they suspect Bashar Assad of having. They worry about Lebanon and the Gaza Strip. They’re testing a new system to send cell-phone messages to warn people of an incoming missile. About the only front they don’t expect to have, is one with Jordan.

Long before he became an Ambassador, Michael Oren said the Six-Day War changed the face of the Middle East. A new war might do so again. Israel’s government doesn’t want it. They don’t want to send tens of thousands of people into bomb shelters for a month. But they called up their reserves for a reason. (And handed out the gas masks for the same reason.) They probably “read” Egypt and Iran better than any other Middle East “expert.” And why not? They live there.

The Yom Kippur War could have changed the face of the Middle East further. The Israeli Army came within striking distance of Damascus before they pulled back. If Syria tries to mix in, the Israelis might head for Damascus and not stop. And if Mohammed Mursi tries to repeat Nasser’s war, the Israelis might humiliate him just as thoroughly. That would mean taking the Sinai back.

If the Israelis don’t seem capable of this, they seemed even less capable in 1967. But they did it. They might do it again. Or else the Middle East will now fulfill a role that prophets said, thousands of years ago, that it would play. The result will reach further than the Middle East, and involve “the whole civilized world.” [Revelation 3:10]

[…] Morsi has said often that he sees Jerusalem becoming the capital of a new Arab caliphate. He might try to make that real if Israel attacks Iran and then has to fight Iran’s friends for thirty days. Thus any war that Israel gets into, will be regional. […]