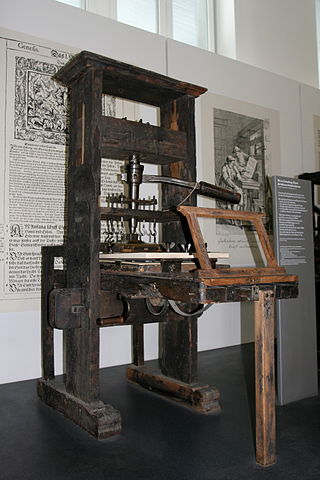 Yesterday, putative President Barack Obama chose an Internet chat room to send a message hostile to freedom. He proposed in effect to amend the First Amendment away. Obama has threatened the First Amendment twice before. This third threat is of a piece with the rest. It is also one of the most hypocritical things he has ever done.

Text of the First Amendment

The First Amendment to the US Constitution reads:

Congress shall make no law respecting an establishment of religion, or prohibiting the free exercise thereof, or abridging the freedom of speech, or of the press, or of the right of the people to peaceably assemble and petition their government for redress of grievances.

James Madison knew how important these freedoms were:

How Obama threatens the First Amendment

the most Biblically hostile president in U.S. history.

Barton cited Obama’s foreign policy, especially toward Muslim countries. That does not threaten the First Amendment. But when Obama and his Cabinet force people to pay for things that break their religious scruples, that does threaten the First Amendment. Funding abortion with taxpayers’ money is bad enough. Forcing people to give contraceptive services directly is worse.

Barton cites more than these examples. He has a list of more than fifty policies on his site.

David Barton isn’t the only one. On Monday, Jon Voight told The Daily Caller about Barack Obama’s control of the media.

It’s not less than what has happened in Venezuela with Hugo Chavez, really, because you can’t get the information through.

Jon Voight exaggerates only slightly. The media seem to be Obama’s willing slaves. So technically the First Amendment survives. But how long can the First Amendment survive, when the largest media organs do exactly what the White House tells them to do? And what special favors will the White House propose, to stop alternative media from covering the stories they won’t cover?

An amendment to the First Amendment? 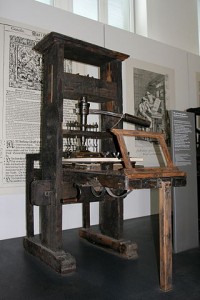 But now comes the worst threat yet to the First Amendment. Obama proposed not merely to ignore it, but to change it. Yesterday he joined a chat room on Reddit.com. There he bemoaned, again, the Supreme Court’s holding in Citizens United v. FEC. The Court held that Congress may not limit the money that any person spends on political campaigns. And whether that person combines with others to form a joint-stock corporation, or a labor union, does not matter. Freedom of speech is freedom of speech. Period. End of memo.

But not the end of Obama’s complaints about it. He famously accused the Court of opening “floodgates” to large foreign contributions. (Justice Samuel J. Alito famously shot back, “That’s not true!”) So now Obama wants to amend the Constitution to abridge the freedom of speech. (See also here.)

Obama says he worries about “the super-PAC phenomenon.” Specifically, anyone having enough money can now join the political fray, and say something about a candidate that a campaign would rather not say (or may not say for some other legal reason). Obama never worried about that before this year. He out-raised and out-spent his opponents handily. But something went wrong for Obama. Very wrong. He has spent all his money, and now cannot raise as much as his opponent, Mitt Romney, can raise. So desperate is he that he sent a fund-raising e-mail saying that if he loses the election this fall, his donors will be at fault. (Your editor is on Obama’s mailing list. That’s how he knows. If Obama does not want his whining screeds to leak out, he should never have tricked so many users on Facebook into getting onto his mailing list.)

So now the “big money” has deserted Obama and switched to Romney. So what does he do? Seeks to shut-up anyone who disagrees with him. This is exactly why James Madison wrote the First Amendment: to make sure that no President could do such a thing.

That Reddit.com would host any President (putative or real) who would suggest amending the First Amendment away, speaks volumes about them. Their current moderators must be supremely confident that in the Obama administration, no one will call them to account. The late President Kennedy could teach them how foolish that is:

Those who foolishly sought power by riding the back of the tiger ended up inside.

Or the crocodile, the most dangerous meat-eater, or man-eater, in the jungles of Kenya. Crocodiles also cry after eating someone.

By proposing to amend the First Amendment, Obama shows how little he respects it. Or the rest of the Constitution. No doubt the freedoms of assembly and petition will be next, if the people choose to give him another four years.

So people can actually know what this article is referring to without having to try each link to find that it is the 6th link which occurs in the 3rd section more than half way through the article, here is what Obama said/wrote:
“Over the longer term, I think we need to seriously consider mobilizing a constitutional amendment process to overturn Citizens United (assuming the Supreme Court doesn’t revisit it). Even if the amendment process falls short, it can shine a spotlight of the super-PAC phenomenon and help apply pressure for change,”

In the future, Terry would you please include the content of quotes/statements which are the subject of your articles. If the source material is too long for that at least link to it in the opening paragraph.

I reserve full editorial discretion, thank you very much. Guests do not issue orders to editors. Nor subscribers to administrators. Mind your manners on my comment space.

And if you care to defend, on a Web site that you own, the proposition of amending away the First Amendment, in whole or in part, as Obama stated or in any other manner, feel free to contract with a Web host who is foolish enough to host policy advice that, if followed, would put them out of business.

My directed comment was just a request. I did not order nor demand. Sincerely, no offense was intended.

While it certainly your discretion and I do not contest that; My opinion is that the quote would have easily fit in to the opening paragraph the article and would have added a lot of useful context. I found it personally confusing to have a long and detailed response with lots of informative history going back years, yet without providing the impetus of why you are writing this now. It required a lot of effort on my part to find the quotation that is the original source of this third attack on our freedom. My opening paragraph reflects that frustration, but I did not intended to carry that tone through to my genuine request.

Is Obama going to take care of the Amendment with an Executive Order like he usually issues to circumvent the Constitution? He and his Administration mirror the rise of the NAZIs in Germany. Have we really collapsed that far? And still people revere him and vote for him! Just like the Germans and the NAZIs in the 1930s.

“anyone having enough money can now join the political fray”

And that’s just wrong. Anyone with anything to say should be able to join the political fray; it shouldn’t depend on ability to pay. The existence of PACs and paid lobbyists is the most disgusting blight on the US political system.

And what’s your alternative? Public financing and running of campaigns, I shouldn’t wonder. With a central authority approving all advertising as to form and content. And approving candidates, too. That’s how it works.

“And what’s your alternative? Public financing and running of campaigns, I shouldn’t wonder.”

“With a central authority approving all advertising as to form and content.”

“And approving candidates, too.”

You think your current system “works”? How much influence do unelected but well-funded lobbyists have on US politics, Terry? How much of US foreign policy is skewed in favour of one small state that since its founding has attacked every one of its neighbours, the USA, the UK and half the countries in western Europe? Why is most of your food stuffed with high-fructose corn syrup and other maize derivatives when there is no sensible or economic reason to do so? Why does your entire car industry stagger from collapse to collapse while continuing to churn out badly designed, poorly finished vehicles with obsolete and ridiculously inefficient engines? How much of this nonsense has to do with the power of lobbyists?

Our system works on the principle of freedom of speech. And freedom of speech belongs equally to legal entities that living, breathing persons create and invest in, as it does to the persons themselves. A corporation, or a limited-liability company, or an Aktiengesselschaft, is an extension of its investors, stockholders, and similar stakeholders.

Public financing of campaigns would lead inevitably to the other two features that you now condemn: government approval of advertising as to form and content, and government licensure of candidates for public office.

“And freedom of speech belongs equally to legal entities that living, breathing persons create and invest in”

No. Freedom of speech belongs to people.

Not at all. Do you have any reason to believe this? Anyway, I note that you failed to address any of the lobbying-related issues that I raised.

I don’t address rationales for limiting freedom of speech. Freedom of speech is absolute. By now I have just published my piece on the murder of Ambassador Stevens, and the outrageous dhimmi-like attitude shown by Ambassador Patterson (Cairo), or one of her employees, in apologizing to a Muslim mob for our freedoms of speech.

And yes, a corporation, or an LLC, or (where you now reside) an AG, or (where you once resided) an Ltd., is an extension of its investors/members/stockholders/whatever. Any rights they have, the entity has. To say otherwise is to say that no two persons may ever pool their resources to say anything political.

And where you have public financing, you would have public “standards” of what is “worthy” of financing. Hence, official approval of advertisements as to form and content, for the purpose of “not funding frivolous, malicious, or libelous material.” Hence, official approval of candidates, for the purpose of “not funding madmen.” Take one step toward such things, and you cannot interdict the second step.

I don’t expect you, former “Limey” and now “Kraut” that you are, to understand that. You have never lived in a country with a written guarantee of freedom of speech. Britain does not offer that. Neither does Germany. That is what I meant, in earlier threads, by calling you subject, and not citizen.

Yes Terry, but only people can speak. Corporations can’t. Their members can, but a corporation itself is merely a piece of paper. It is mute.

“the outrageous dhimmi-like attitude shown by Ambassador Patterson (Cairo), or one of her employees, in apologizing to a Muslim mob for our freedoms of speech.”

There was no apology for freedom of speech, Terry, only condemnation of the actions of a fool. I can condemn someone’s words while supporting their right to say them.

Your arguments against public funding of candidates are inane.

And your arguments for public funding of candidates are unacceptable, unpersuasive, incompetent, inconclusive, and immaterial.