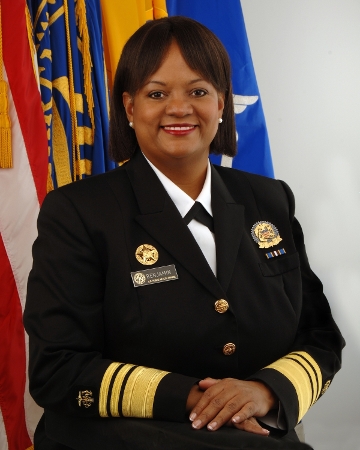 A viral video sums up Obamacare in one sentence. Naturally, it’s long. But in that sentence, Barbara Bellar shows everything wrong with Obamacare. She also shows what’s wrong with the rest of government, and with the philosophy that guides politicians today.

Obamacare in one long sentence

Barbara Bellar’s video plays at the end of this article. Here is a complete transcript:

We’re going to be gifted with a healthcare plan

we are forced to purchase, and fined if we don’t,

without adding a single new doctor,

written by a committee

whose chairman says he doesn’t understand it,

passed by a congress that didn’t read it

but exempted themselves from it,

and signed by a president who smokes,

with funding administered by a treasury chief who didn’t pay his taxes,

for which we will be taxed for four years

before any benefits take effect,

by a government which has already bankrupted social security and medicare,

all to be overseen by a surgeon general who is obese

and financed by a country that’s broke. 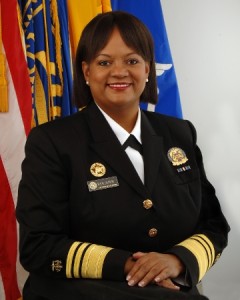 Peels of laughter interrupt Candidate Bellar at least twice. In mentioning Barack Obama’s smoking habit, she brings the house down. She almost does it again when she mentions Vice-Admiral Regina M. Benjamin, MD, USPHS, the current Surgeon General of the United States. And yes, Dr. Benjamin is obese.

In fact, Barbara Bellar is generous when she describes Obamacare. Far from “adding a single new doctor,” Obamacare has already prompted many college students not to apply for medical school. Medical school, as your editor knows all too well, is a tough grind. Who wants that if, at the end of it, one cannot even keep ahead of expenses? (To say nothing of having the government decide on patient care on grounds other than good medicine.) It’s enough to make a doctor already in practice go on strike.

And yes, Congress did not read it. A million and a half people descended on Washington, DC in 2009 to tell Congress to read it (among other things). And Congress did exempt itself from it. Members of Congress exempt themselves from many laws that their constituents must obey.

And of course, Tim Geithner famously didn’t pay his taxes, and blamed a common tax-prep application for the “error.” Full disclosure: your editor uses TurboTax Online. Before that, I used the TurboTax front-end program when Intuit, Inc, first released it. And before that, I mocked up my tax return on Microsoft Excel, Lotus 1-2-3, or whatever other spreadsheet program was then current. Now my taxes might not be as complex as Tim Geithner’s. But they include at least one Schedule C and Schedule K-1. TurboTax is easy to use. As long as a user answers honestly, TurboTax will not provoke an audit. (Unless it’s a Taxpayer Compliance Measurement Program audit, and the IRS draws your name out of a hat for that.) If I could do it, Tim Geithner can.

The broader point about Geithner, Obama, and Admiral Benjamin: they set bad examples. An authority that dares tell people what to do, must set an example. Otherwise, such an authority has no moral standing, nor any standing except the power of a gun.

Barbara Bellar’s sentence is correct in every particular. More than that, it lists the worst practical flaws of Obamacare in less than two minutes. How could Congress have passed a flawed bill like that? That it did, shows what’s wrong with Congress, and the Presidency.

Who is Barbara Bellar?

Barbara Bellar is running for the Illinois State Senate. She, more than most, can criticize Obamacare and knows what she’s saying. She is a doctor herself. She has training in family medicine and special training in how to treat addicts. This last part qualifies her the most. The US government, for many years, has addicted the people to entitlements. And putative President Barack H. Obama is the heaviest “pusher” in history. Obamacare is the greatest addictive entitlement in American history.

And like any addictive substance, Obamacare will be “cut.” In street drug lingo, to cut a drug means to dilute it with fillers so that it will give just enough of a “fix” to make an addict come back for more, but never enough to satisfy. This kind of “cutting” for Obamacare will not mean a typical budget cut. It will mean offering less and less to more and more. Until at last it offers nothing to everyone.

Obama v. a Muslim: what would they do?