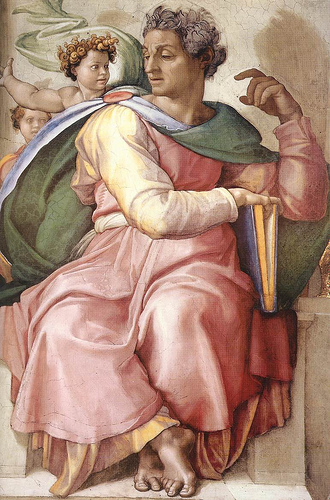 The purpose of this series is to focus on the truth of God’s Word when it comes to science. I will actually go a step further: only now do we begin to have the knowledge to understand biblical science – and in some cases, we still aren’t there.

Science of the Universe: Inflation

While the topics previously covered were straight-forward, the subject of this article will be a bit more provocative in nature. I will cover Inflation – an aspect of the Big Bang Theory. Since this is a multi-faceted topic, I will be addressing different aspects of it in future articles. In this article I will address only one word.

The six days of creation lay a foundation for all the physical disciplines known to man – and probably some that have yet to be discovered. Since few who study science study it through a biblical worldview, many of the established disciplines go unnoticed. I have to confess that days 1, 2 and 4 both puzzled and interested me the most. For most of my life I glossed over the creation account – not understanding all the separating of layers and expansion that was cited. How God brought something out of nothing really threw me but I knew there had to be a scientific explanation somewhere and somehow. After all, if I believed anything, it was that when God created the universe and everything in it, He created all the science that supported His creation.

Verse 6: “Then God said, ‘Let there be an expanse in the midst of the waters, and let it separate the waters which from the waters.’

Verse 8: “And God called the expanse heaven. And there was evening and there was morning the second day.”

What does “expanse” mean?

The focus of this article will be the word “expanse.” Some Bibles translate this word as “firmament.” The Hebrew word is רקיע or raqiya, which is full of meaning. When you put together the root meaning of the word and the actual word, it means to expand by beating out in thin metal layers. No doubt this must have seemed like a strange word to use for Moses, who wrote Genesis. Or to Adam, who jotted down the original Annals of Creation that forms the first part of Genesis. Still, each man obeyed the inspiration of the Holy Spirit and wrote as the Spirit inspired him.

Backing up a bit to Day One, there was a preliminary expansion that occurred when God separated the light from the dark. I only mention this because it is mentioned in The Inflationary Universe by Dr. Alan Guth. Of course Guth has no idea that he is confirming the Biblical account of expansion. He believes this is his own personal revelation. Since Guth wrote the Inflationary Universe in 1971 and Moses wrote Genesis approximately 3800 years ago, Guth is a bit of a late comer. However, I personally am extremely grateful to Guth and his body of work, since it has helped me to understand what God begun on Day One and continued on Day Two.

Over-simplified, Guth postulated that a small expansion occurred at the time of the Big Bang, which was followed by a period of hyper-inflation. The period of the initial expansion would correspond to the expansion on Day One, and the period of hyper-inflation would correspond to the expansion on Day Two, cited in the verses above. Keep in mind that the Big Bang Theory and the Inflationary Theory are not theories about explosions but about expansions – or inflations, as Guth terms it. There is much more science that goes along with the word raqiya, such as an explanation for the metal layers and an explanation for the expansion that resulted in the layers of our atmosphere, but I will not be covering those explanations here.

The Bible confirms the Big Stretch 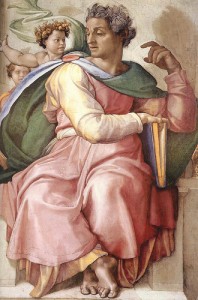 The definition for the word “expand” is: to increase in extent, size, volume, scope, etc. or to spread or stretch out. Once again, over simplified, when God expanded the creation, He stretched it out and it increased in size. There are 17 verses that state this plain fact. Below are a few:

Isa.40:22 states: “It is He who sits above the circle of the earth and its inhabitants are like grasshoppers, Who stretches out the heavens like a curtain.”

Isa. 42:5 states: “Thus says God the Lord, Who created the heavens and stretched them out.”

Isa. 51:13 states: “And you forget the Lord your Maker, Who stretched out the heavens.”

Jer. 10:12b states: “…And has stretched out the heavens at His discretion.”

Jer. 51.15b states: “And stretched out the heavens by His understanding.”

Zech. 12:1 states: “The burden of the Word of the Lord against Israel. Thus says the Lord, Who stretches out the heavens, lays the foundation of the earth, and forms the spirit of man within him.”

Since it is inarguable that Moses or any of the prophets quoted above had any secular knowledge about the expansion of the universe, either at its inception or as it continues until today, these verses are exceptionally awesome. While I would agree that the Bible was not meant to be a science book, the science contained within it is light years ahead of its time. Personally, I don’t think there is any logical explanation except that God is Who He says He is, and that His word is true and can be trusted. Men and women have been trying to use science to disprove the existence of God by challenging the creation account – especially since Charles Darwin. The irony is that the creation account, if properly understood, is a huge confirmation that our Creator exists. There truly is no one like our God. Not only can He tell the end from the beginning but He can reveal all the keys to science’s questions – without guessing and without having to make refinements. True, the Bible isn’t a science book. Science books are often wrong and have to be revised; the Bible is always true and never changes.

Science and the Bible – Part 3 - Creation Science Hall of Fame

[…] Reprinted from Conservative News and Views Your email:  Share this:EmailPrintFacebookLinkedInStumbleUponTwitterTumblrReddit This entry was posted in Apologetics and tagged astronomy, Bible, creation, evidence, scientific theory by RoseAnn Salanitri. Bookmark the permalink. […]

“and the morning stars singing.”

It has already been explained to you that stars don’t sing. Are you just going to ignore this inconvenient fact?

Maybe not today. And maybe not according to how we usually define the concept sound. But if you substitute music for another concept, i.e. signal, then a “song of the stars” becomes an apt metaphor.

“a “song of the stars” becomes an apt metaphor.”

If you want to get metaphorical about it, sure; stars give off radio signals that, when converted to sound, can be quite harmonic. They’re not actually “singing” though, any more than an engine is (you can convert the EM pulses given off by the ignition system to sound, too. It’s quite interesting.)

In any case the “morning star” is a planet, Venus, and it’s not a radio source.

Science and the Bible – Part 3 link to t.co

Science and the Bible – Part 3 link to t.co

“the Big Bang Theory and the Inflationary Theory are not theories about explosions but about expansions – or inflations, as Guth terms it.”

Actually, the word “inflation” refers only to a very specific and brief period when the universe expanded extremely rapidly. The subsequent expansion postulated by the big bang theory is not inflation.

“I personally am extremely grateful to Guth and his body of work, since it has helped me to understand what God begun on Day One and continued on Day Two.”

“The Bible makes clear that the expansion refers to what we now call our atmosphere and the heavens, which we now call the cosmos – or outer space.”

Any phenomenon related to the earth’s atmosphere would have happened at least 9 billion years after the big bang and could not have any relation to cosmic inflation. The timing of these events is completely inconsistent with the creation story in the Bible.

Science and the Bible – Part 3 - Creation Science Hall of Fame