Taxation without representation isn’t a new phrase. It’s one we usually associate with the Revolutionary War. However, in 2012, it may be time to start shouting this protest phrase once again. As is the case with the recent Tea Parties, which derive their name from our founders’ protest against high tea taxes levied by England, some things old seem to be new again. And – as was the case prior to the Revolutionary War – the people living on this continent in this country once again suffer taxation without representation. This time, however, is more insidious since we all erroneously believe that we do have representation in the form of elected officials. But do we?

Taxation without representation today: a tale of two Speakers.

Taxation without representation, round 1: Nancy Pelosi 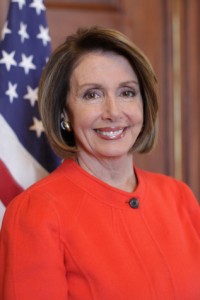 Anyone who has read a newspaper, watched a news show, or listened to talk radio knows that the former Speaker of the House of Representatives, Nancy Pelosi, is a Democrat. As Speaker of the House, Ms. Pelosi enjoyed a certain amount of power – power that she wasn’t afraid to use and power that she most certainly did abuse. One of her abuses was her “lock out” tool. Ms. Pelosi discovered that she could (and did) lock out Republican congressmen and women from deliberation over the highly controversial Healthcare Bill. In the 5th District in NJ, as in other districts around the country, our congressman was a Republican, which meant that the 5th District of NJ was not represented during the Healthcare deliberations. When Speaker Pelosi denied our representatives from participating in government deliberations, then those living in those districts had been deprived of representation and were consequently paying federal taxes without having representation. This was nothing other than taxation without representation and this type of elitist attitude by those in government is what inspired the Revolutionary War.

Taxation without representation, round 2: John Boehner 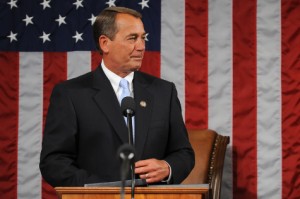 Perhaps it’s time for another revolution or perhaps we can still snatch what is left of our Constitutional rights from the hands of those who have hijacked our government and disregarded the Constitution that they swore to uphold and protect. It seems to me that we have a few options left: demand that Speaker Boehner be removed as Speaker of the House or stop paying federal taxes until our representation is restored. Of course while the latter action may seem ill-advised and radical, it pales in comparison to the radical actions exercised in our government today. Somehow or another our representatives have forgotten that they are supposed to be representing us and not their own self-interests. We have surrendered our country to ideologues, idiots and opportunists. We the People have become a necessary evil in the preservation of their political careers – and nothing more. It’s high time we wake up and become relevant. We can start by demanding the removal of Speaker Boehner from his current position. Let’s go one step further. Let’s demand that he is replaced by one of the tea party representatives that he expelled. It may be a long shot, but after all, long shots are the ones that pay off the best.

Related Topics:economyfinancepoliticianstaxTea Party
Up Next